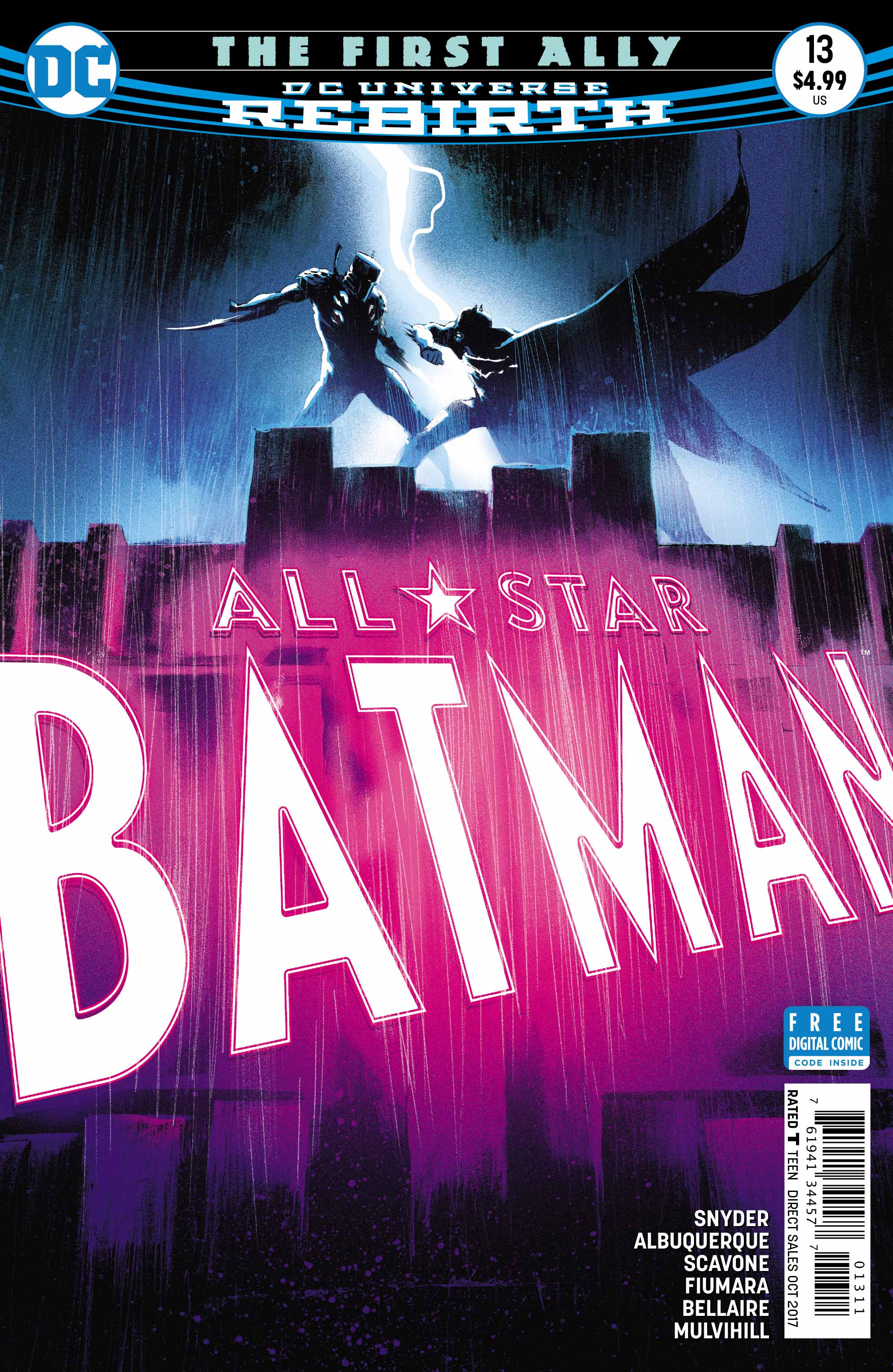 All-Star Batman reaches its penultimate chapter. With only one issue of Scott Snyder’s excellent Batman series left, things really ramp up for the Dark Knight and Alfred, who has remained a very enjoyable presence throughout “The First Ally.” It’s not too often that we get a proper Alfred story, but Snyder delivers one of the best ever put on the page. And what to say about Rafael Albuquerque’s art but that he’s doing some of his best work ever with this story. I do hope at some point that Albuquerque is called up to do a run on Batman proper.

Snyder has spun a very interesting yarn so far in “The First Ally,” tying Alfred’s past to Batman’s latest mission: acquiring the Genesis Engine, a powerful piece of technology that could be used to create terrible monsters or any other horrors its wielder imagines. What’s most interesting about this particular arc is that Snyder has been able to play with a lot of different genres, from a pirate-themed adventure story to more of a spy thriller. They’re not two styles that you’d usually put together, but the combination really works in this story. 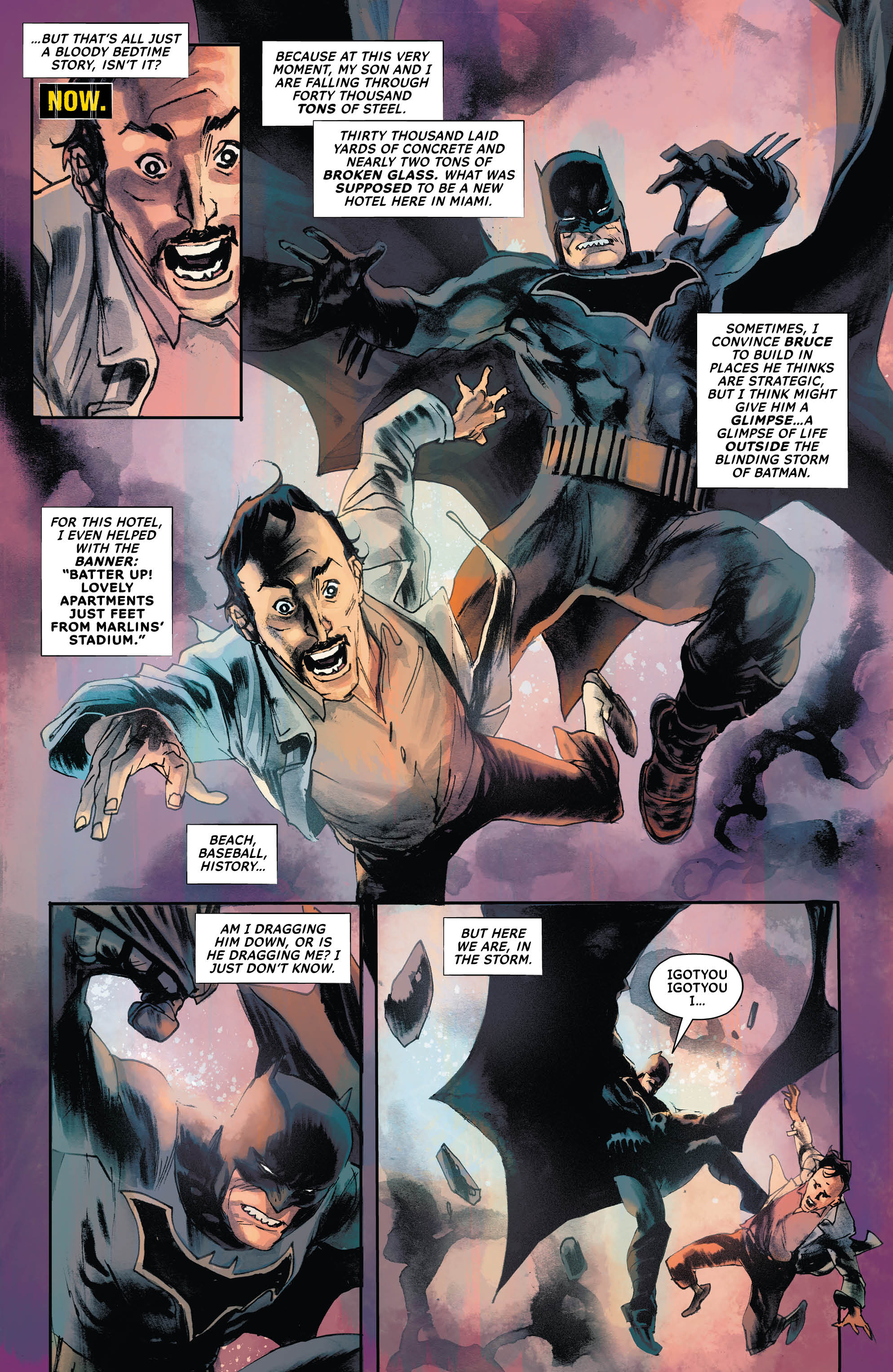 There’s much to be said about Snyder’s exploration of fatherhood in “The First Ally,” but I’ll be brief. Snyder explores two generations of fathers and sons, showing how both Alfred and Bruce’s upbringings are alike, from angry young men to men who want to be a part of something bigger. Alfred narrates the story with a great sadness at points, a melancholy for the man he could have been, the man his surrogate son could have been if he’d guided him a little differently. 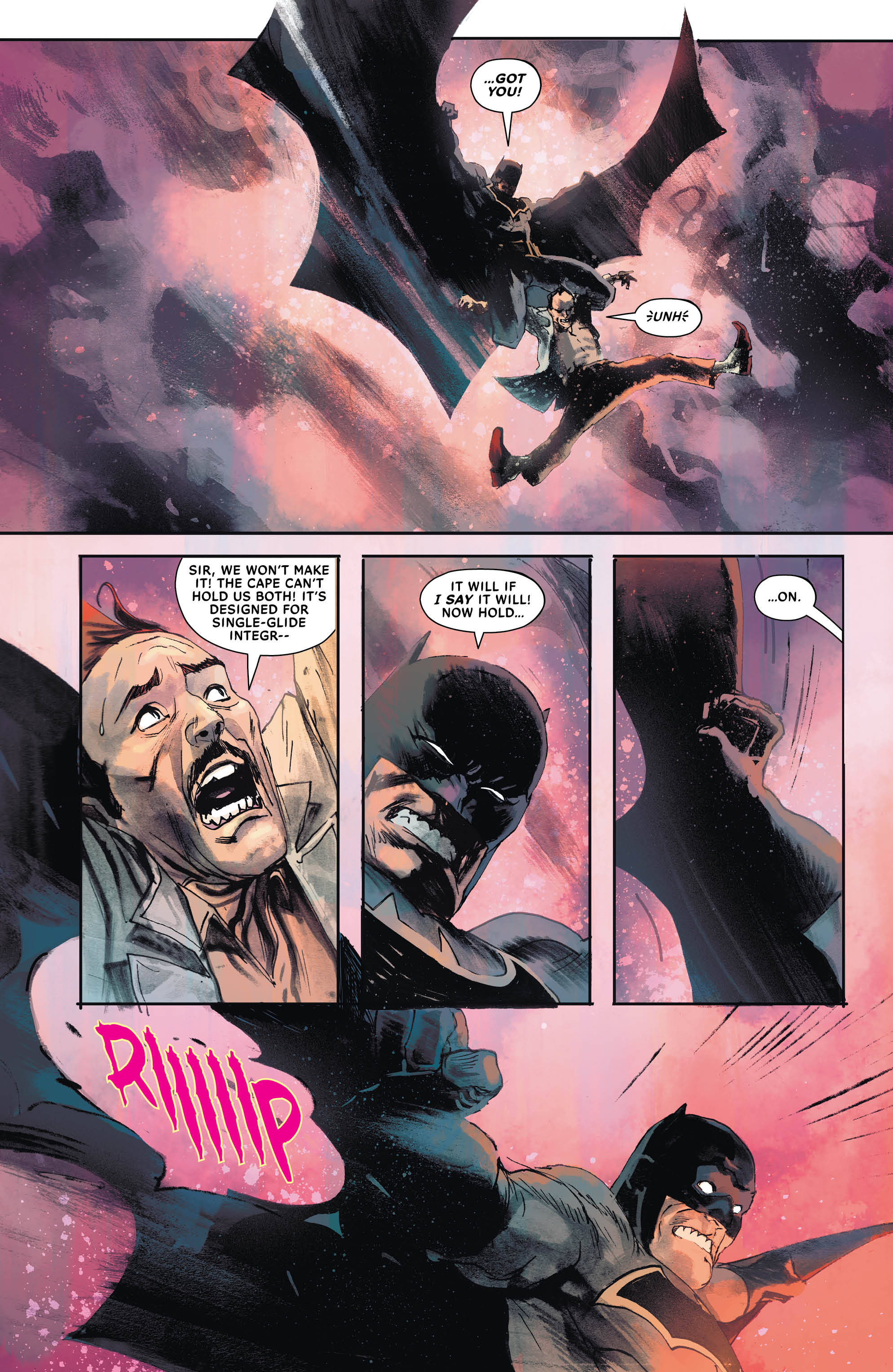 Snyder does a great job of showing how it’s impossible for Alfred and Bruce to let go of their own missions. Alfred is incapable of leaving Bruce behind in the hope that his “son” will follow him, and Bruce won’t stop fighting until he’s dead. As Alfred says in the story, his guidance has sort of convinced Bruce that he can always escape death. 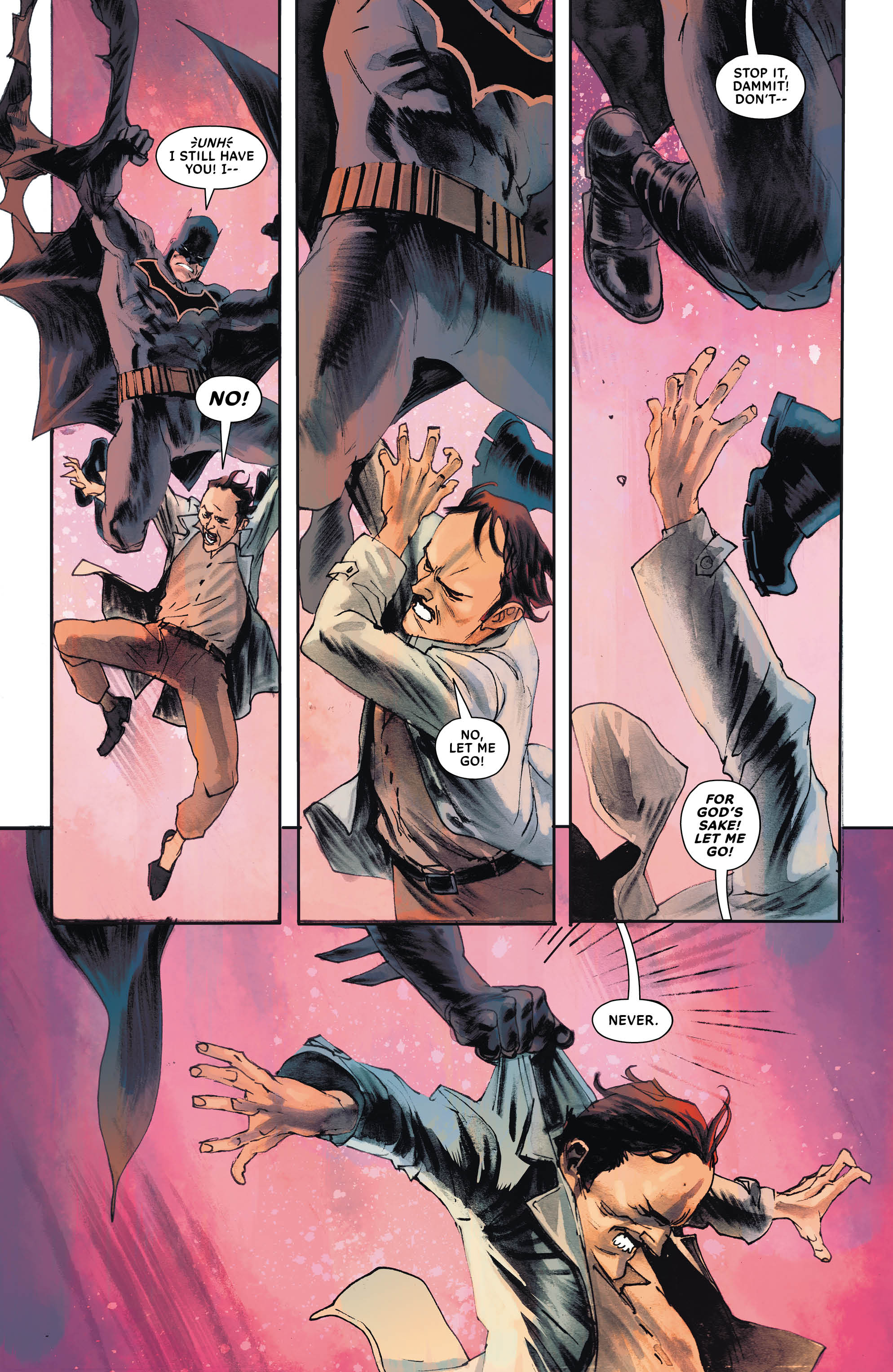 Snyder has spent most of the arc showing Batman’s more reckless side. He launches himself out of the Batmobile with no guarantee that he’ll survive the fall, dives into crocodile-infested waters, and even steers a sinking submarine to safety as he slowly drowns. Snyder shows a very mortal side to the Caped Crusader, who is so often aided by Alfred that it’s a miracle that he’s ever survived without the butler to show up with the getaway boat. The writer’s most important point is that these two are inseparable and that there can’t be one without the other. 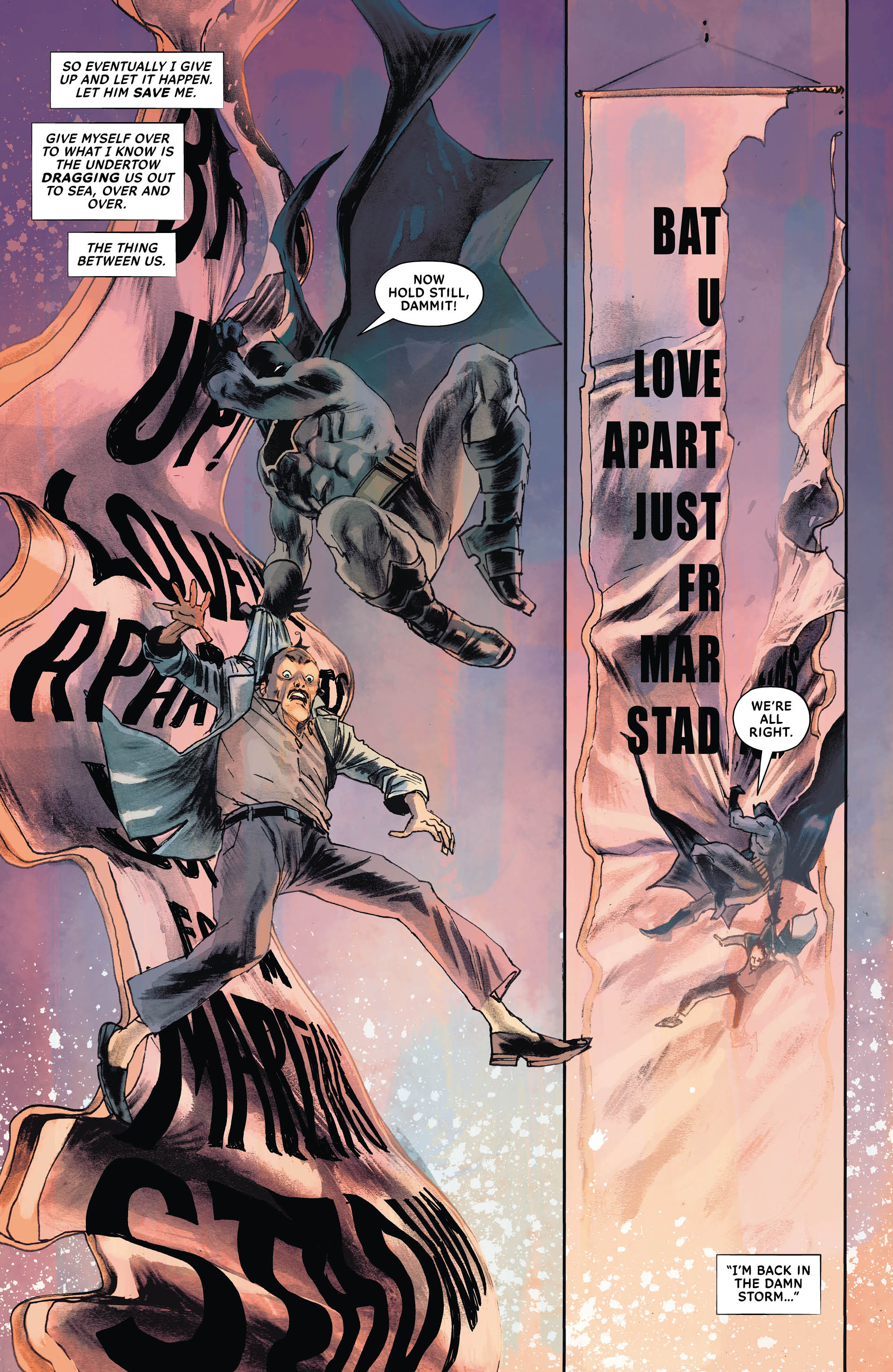 Briar, a former agent of MI-5, shows up as the villain in this story, someone from Alfred’s past who’s chasing the Genesis Engine for his own means. While it’s teased early on that Briar is a formidable fighter and can easily overpower a young Alfred, he’s more of a mastermind. It’s always fun to see Batman go head to head against a villain who uses his wits instead of his muscle, plus Briar seems to have all the muscle he needs in his very own assassin.

Batman’s fights with Briar’s “Black Knight” are particularly gruesome. Both Albuquerque and colorist Cris Peter love to depict the blood gushing out of Batman’s wounds, as the assassin slices through the Dark Knight piece by piece. It’s just been a lot of fun to watch these three deliver such excellent action scenes.

As “The First Ally” and All-Star Batman reach their climax, Batman’s left with one last fight, but he won’t be facing Briar and his minion alone. As always, Alfred will be by his side. 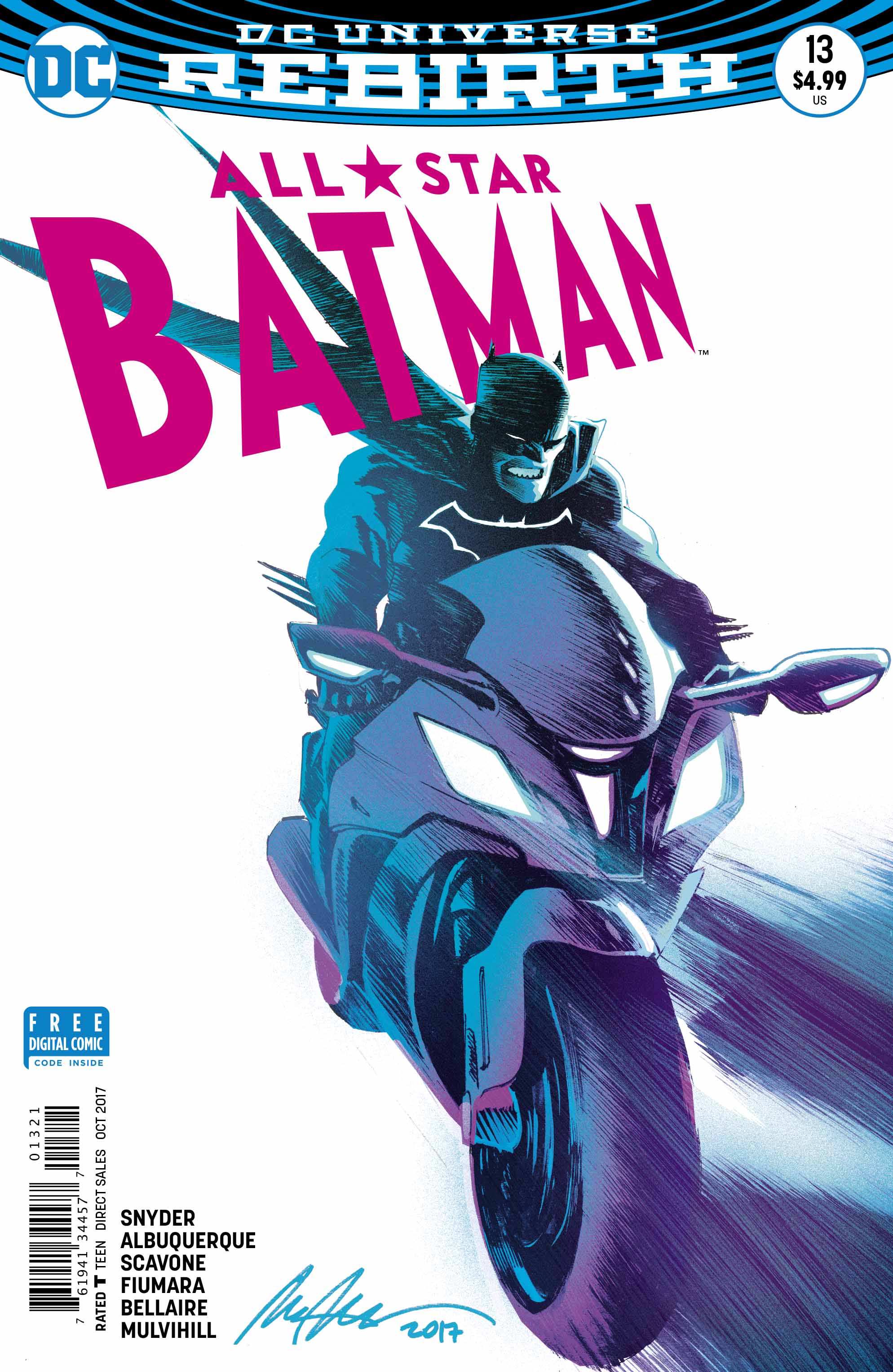