It’s been a long five years since the surprise mini-series Spider-Men dropped. That five-issue mini, also written by Brian Michael Bendis (New Avengers, Ultimate Spider-Man) and Sara Pichelli (Runaways, Ultimate Comics All-New Spider-Man) was a milestone occasion. For the first time ever, the Marvel and Ultimate universes collided as Miles Morales met the alternate universe version of Peter Parker. The meeting of the two was rife with tension, as Peter ventured into a world where he was not only dead, but people he loved and lost were still alive.

Since then, that novelty is no longer a concern. Ever since Secret Wars merged the two universes, Miles has existed within the core Marvel Universe alongside Peter and continuing to operate as Spider-Man with his blessing. But Spider-Men did end with a twist, a thread we were promised a resolution to: who was the core Earth’s Miles Morales? 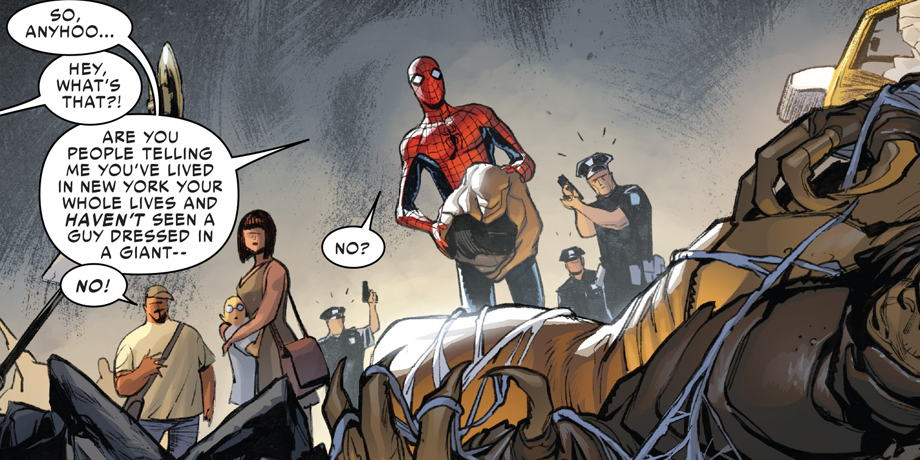 We now sort of have our answer, in the vaguest sense possible. Yes, at the very least, Spider-Men II does end with our first glimpse of the other Miles Morales, though we learn nothing else about him this month. The series instead opens with a flash forward of Miles and Peter at odds while in the middle of a fight before flashing back to one year earlier, where pieces of metal wreckage have been spewing forth from the interdimensional doorway which once led to Miles’ Earth.

The story here is somewhat sparse as it sets up the broad strokes of the story. Peter is continuing to have doubts about his role as Spider-Man, while Miles is struggling to juggle his Spider-Man related duties with being a 16-year-old student. The issue opens with a bang, but its action is very down to Earth, a writing style which Bendis has been known for over the years. It works in spades here, as Peter and Miles have a natural banter which makes for an engaging read. 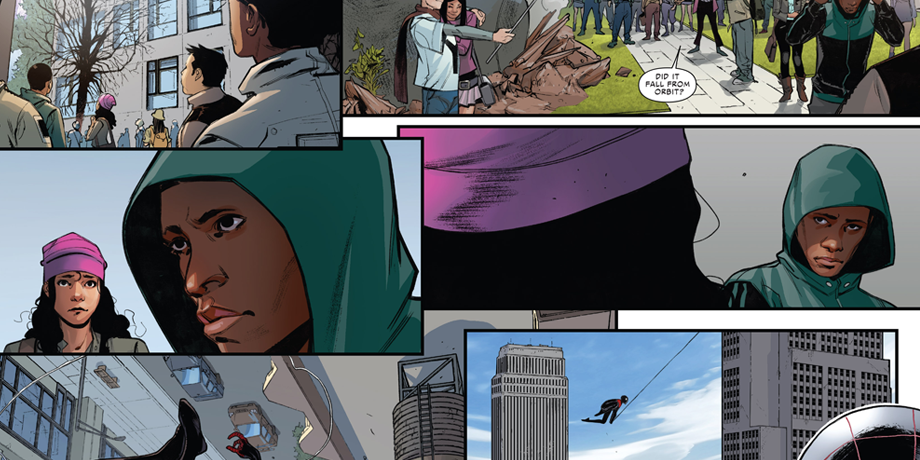 Stylistically, the book is gorgeous. There’s not enough praise to be made for the beautiful artwork of Sara Pichelli, who may be one of the top Spider-Man artists out there right now. The book, which also features a redesign of a major Marvel villain, has its own style and look while blending in seamlessly with the rest of the universe. The characters are instantly recognizable while not looking exactly like everything else on the market.

Ultimately all that’s holding back Spider-Men II from being a perfect book is its placement in the line. It’s very clearly the first issue of something bigger. There’s more than enough here to whet your appetite, but it’s still not very much. There are no answers to be had here, and the last page reveal of the other Miles only raises more questions than we originally had. Still, such is the curse of being part one of a mini-series, and answers will almost certainly be following in the coming months. 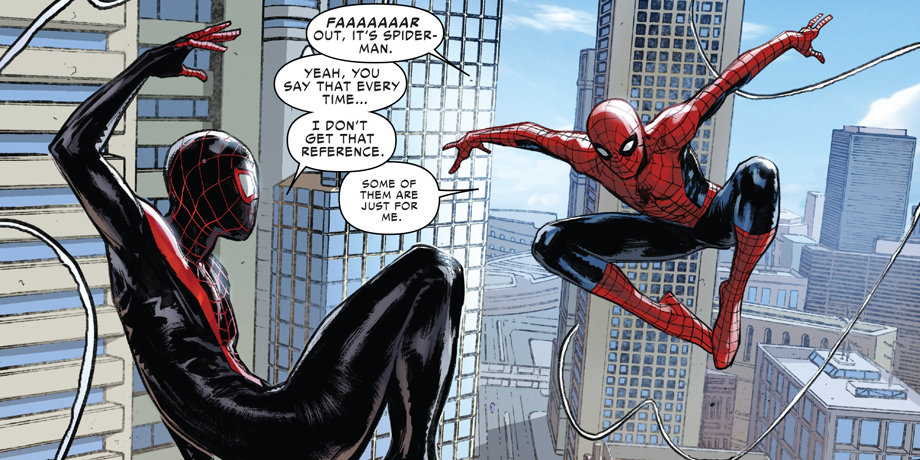 For the premiere, though, Spider-Men II does its job admirably. I was already very interested in the sequel – Spider-Men was an extraordinary story, and it’s been far too long a wait for its follow-up. Hopefully, the answers we get will be satisfying as well and build upon the ongoing presence of Miles Morales in the Marvel Universe rather than dragging him down to a bit player. Fortunately, with the character’s popularity and the implication of his existence in the recent film Spider-Man: Homecoming, there will be plenty of Miles to come.