Homecoming successfully takes a very different approach to the hero. 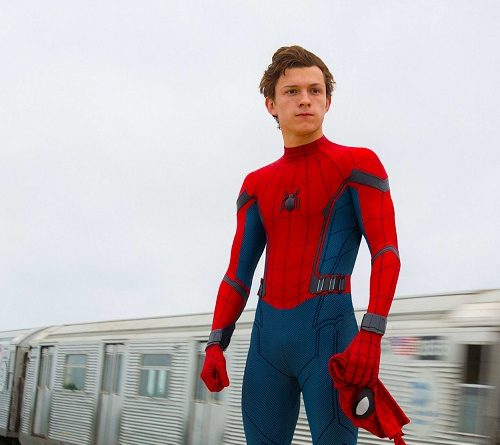 Spidey is back in Spider-Man: Homecoming, and it’s a fresh, welcome take on a long-running superhero. While many have complained that we don’t “need” another Spider-Man movie – we actually don’t, if they’re going to tell the same exact story – Marvel makes the right choice and gives us a film about the web slinger that stands on its own. No spider bites needed.

And that may be one of the best and most interesting facts about Spider-Man: Homecoming. We don’t actually see Peter Parker (Tom Holland) go through the discovery that he has superhuman powers. At this point, the character has been around since 1962. We’ve seen the same origin story in comic books and in movies countless times. Parker gets bit by a spider, Parker starts feeling strange, Parker realizes he can climb walls and “do whatever a spider can.” Instead of reimagining how it happens to the kid, Homecoming just glosses over it. You know the story already. Why tell it again?

Instead, the newest Marvel film tries its best to separate itself from any other film featuring the hero we’ve seen thus far. Here, he is more or less trying to spend his time proving himself to Tony Stark (Robert Downey Jr.) so that he may gain acceptance into the Avengers. He’s even been given a suit from Iron Man himself, equipped with a talking computer lady inside. This is sure to anger many fans resistant to change, but for those who welcome it, it comes off as pretty awesome – and also pretty bold.

It takes a lot for a big studio like Marvel to try and tamper with a character that is so well-established. We’ve never seen a Spider-Man this young or this silly before. We’ve never seen a Spider-Man really deal with high school issues this way before. In many ways, it doesn’t even feel like a full-on comic book movie. Much of it feels like a very odd John Hughes movie; the balance between Peter Parker dealing with his life as a kid and his life as a hero is excellent in Homecoming. And what’s more is that every single actor involved feels genuine. The supporting cast, Peter’s friends, are all interesting in their own rights. This would be a very watchable movie even if Parker never donned the outfit, and that is really saying something for a movie about Spider-Man.

Though I embrace change, it’s still hard to see Holland as the definitive Spider-Man. He just doesn’t have the right frame, as I’ve lamented before. It worked for this movie, as Spidey is still very much a kid, but what about the longevity of the character? Years down the line, barring a growth spurt, a Spider-Man who still looks like a kid is going to be a little awkward. A growth spurt isn’t likely to happen, either; Holland was born in 1996.

This may seem like a silly complaint, but you have to understand that Spider-Man: Homecoming is essentially a setup for future films. This is the Marvel Cinematic Universe we’re talking about here. At this point, we know for an irrefutable fact that there’s a future for every character involved.

Besides this minor gripe, Spider-Man: Homecoming is a great movie. It may not be my favorite Spidey film yet, but it’s certainly different. For many kids growing up, Tom Holland is going to be the Spider-Man. This is the first they will have seen of him. Holland will be to this generation what Tobey Maguire was to mine. That’s something really special; Spider-Man isn’t just a throwaway hero. He’s frickin’ Spider-Man!