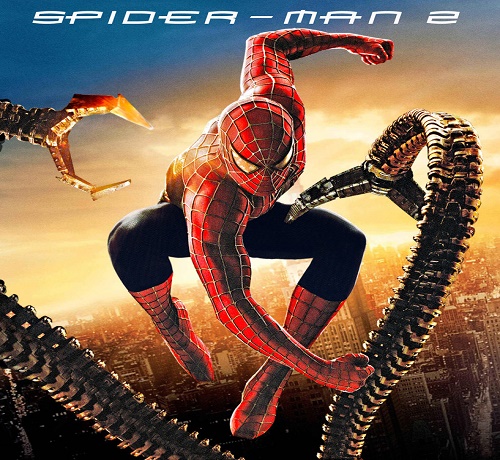 How do you follow up one of the best origin stories/comic book movies ever made, how do you match the incredible performance of Willem Dafoe as the Green Goblin one of Spider-Man’s greatest villains and create a story people want to see? Well, in 2004 Spider-Man 2 not only maintain the greatness of Spider–Man it brought us another of Spiderman’s villains to the forefront.

So Spider-Man 2 was and still in one of the highest grossing comic book movies ever made. Critically and commercially it was a hit. The Story goes after Spider-Man made $115 over its opening weekend. Sony red lighted the sequel to be written by Alfred Gough and Miles Milar. After submitting their work, Michael Chabon was added to the writing team to flesh out the sequel, however, after the rewrite, their script was not approved. This time Sam Rami and Alvin Sargent rewrote the script with themes from the original scripts to create Spider-Man 2. Why is it so great that it still stands as one of the greatest comic book movies ever let’s take a look. 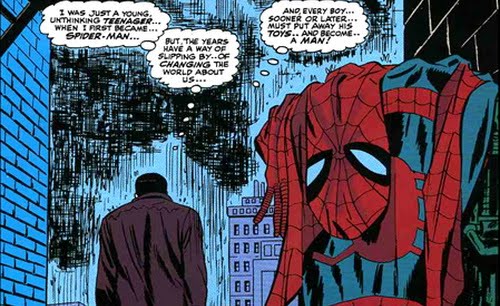 Spider-Man 2 almost had three villains Doc Ock, The Lizard and The Black Cat but for some reason, Black Cat and The Lizard didn’t make the final cut maybe that’s for the best psst Spider-Man 3.  (That movie’s greatest villain was Peter Parker’s dance moves. The villain they decided to keep was Doc Ock. Alfred Molina who portrayed Doc Ock as the villain in the movie gave a fabulous performance one that most villain’s in comic book movies are measured against. However, I would be lying if I wasn’t a little disappointed that Elton John wasn’t picked as Doc Ock. I mean C’mon if anyone was born to play the part it would have to be Sir Elton. 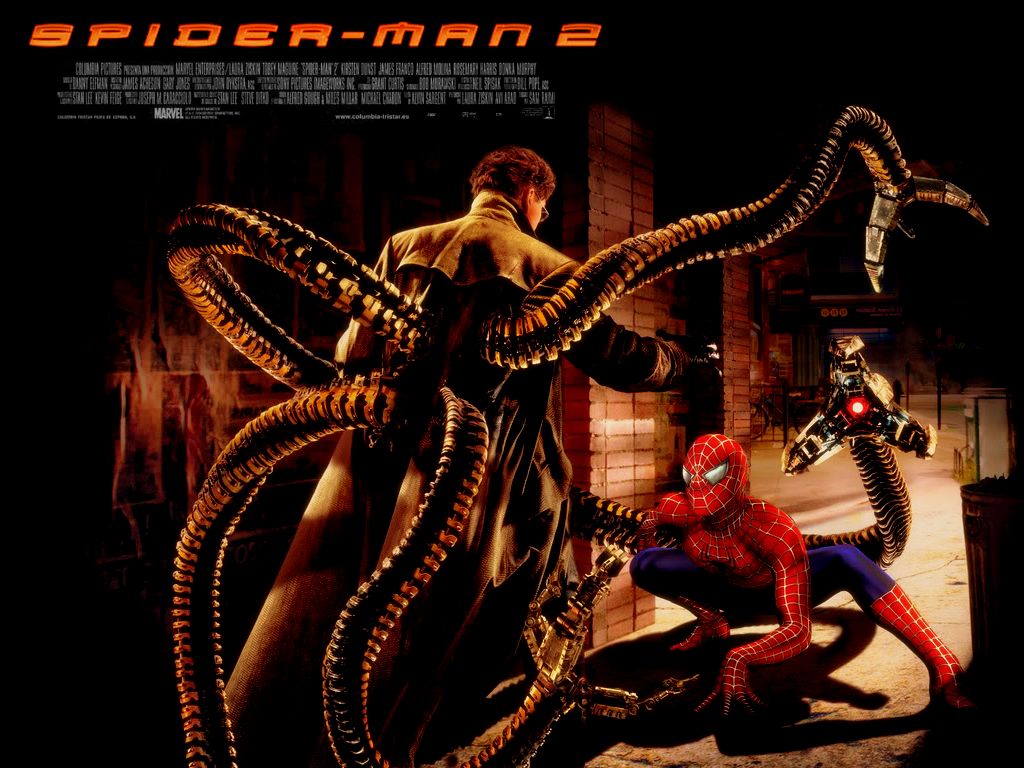 Doc Ock was the perfect villain he would do anything to get what he needed no matter the cost. He knew how to get under Spider-Man and was a vindictive funny son of a bitch. So far it’s a tie between the Green Goblin and Doc Ock.Even though Doc Ock was the villain, you felt sympathy for his plight. 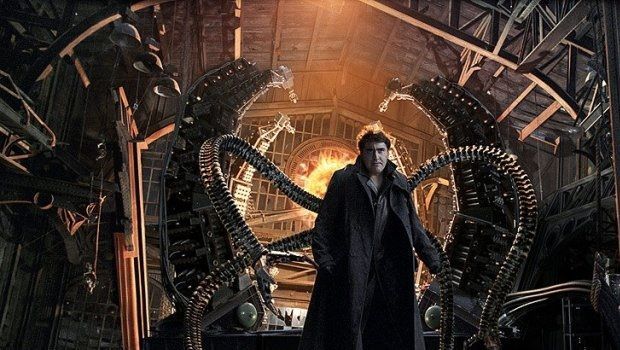 The film also gave us one of the best action sequences in Comic book Movie history. It was so great seeing this on the big screen…. Do you know what scene I’m talking about? The Aunt May smashing Doc Ock scene my god it was the greatest action sequence ever. 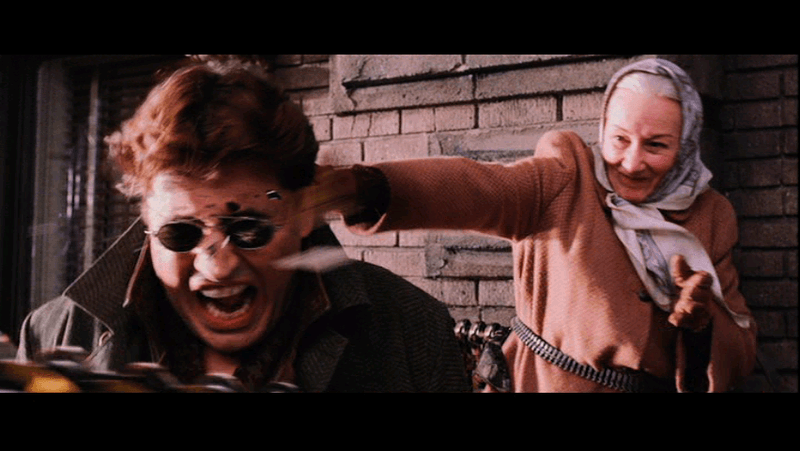 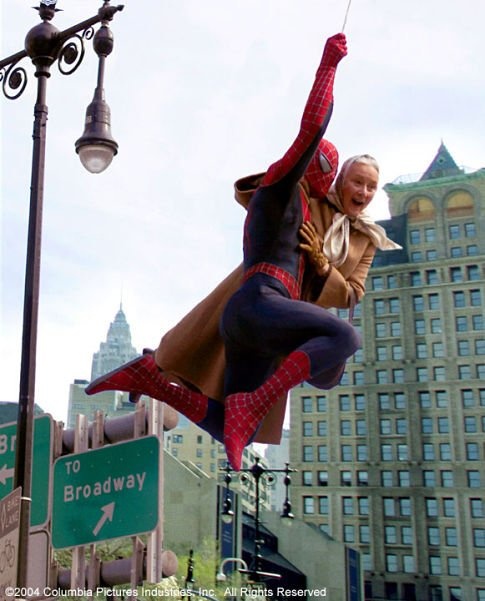 I’m just messing with you; it’s the Train Scene, how the hell was Spidey supposed to save the day and stop a movie train. To this day that scene still gives me chills

Despite being a superhero movie, there were so many funny moments in Spider-Man 2 like the Bank scene where Aunt May smacks Joel McHale hand when he tries to steal money. The funniest moment in Spider-Man 2 was J. Jonah Jameson wearing the Spidey suit.

Another funny moment from the movie is the Bruce Campbell cameo it was hilarious watching him stop Peter from entering the show. Fun Fact in Spider-Man IV Bruce was in line to play another Spidey villain Mysterio. Oh, could you imagine Bruce Campbell as Mysterio it would be glorious? Marvel, please make that happen. 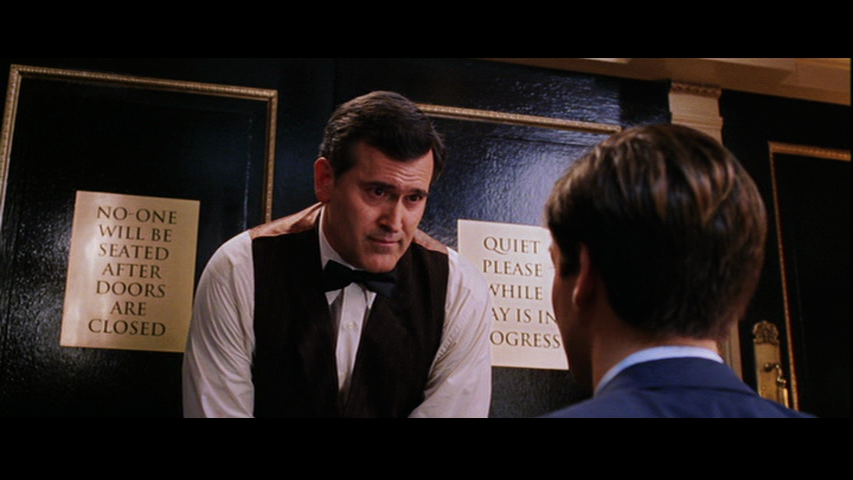 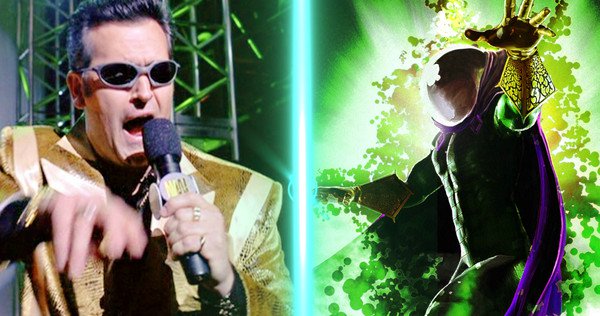 The Mary Jane/Peter Parker story line works now one of the best things about Spider-Man 2 is how the story lines flowed. We have the big plot points of Doc Ock trying to get Tritium to do his experiment again; We have Peter having trouble being Spider-Man and Harry Osborne using his wealth to get Doc Ock to fin and capture Spider-Man eventually finding out that his best friend is Spider-Man and leading to Spider-Man 3.

This was the least annoying Mary Jane was in the series and another reason why Spider-Man 2 is so great. 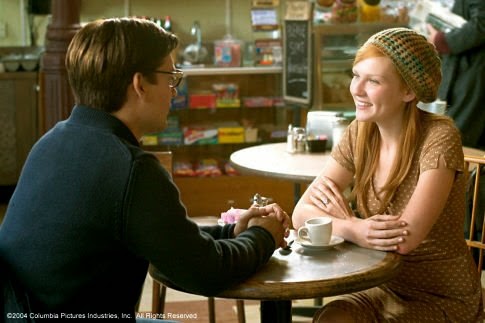 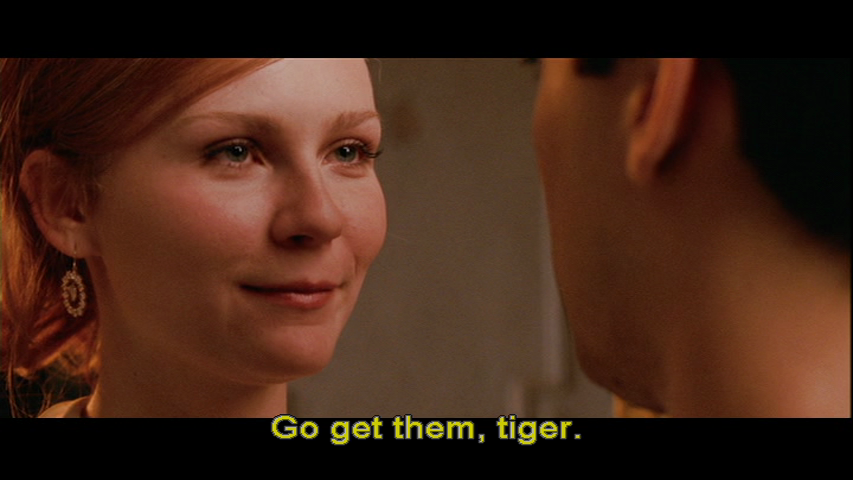 Spider-Man 2 is revered as one of the greatest Comic book movies ever made because it was a well written, well-acted film with terrific comedy and action sequences and a story that reminded you why Spider-Man was one of your favorite comic book characters. It hit on so many levels that comic book fans and non-comic book fans could enjoy this movie. Now Spider-Man 3 marks a dark cloud on the franchise, but it might not be as bad as we think.