Soul Blazer why no one talks about it but they should By: Lane Martin For me, Soul Blazer is the game that got away. I had played a...
by Former Writers May 1, 2017 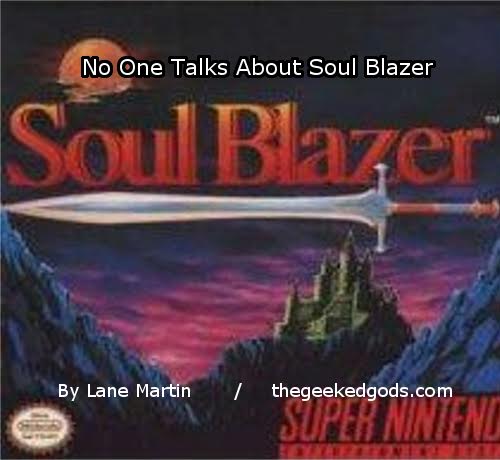 For me, Soul Blazer is the game that got away. I had played a tiny slice of the game as a young button masher, at a family friend’s house, and had not gotten the game’s name. For years following that looking for it with little go on. I knew there was a little yellow and red fella who swings a sword and has a little fairy friend. Needless to say, Soul Blazer eluded me for years to come. 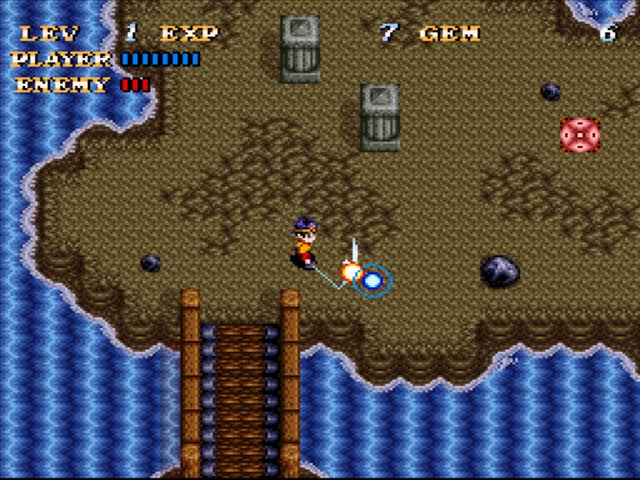 With the modern age of technology, nostalgia is a big idea, perhaps doubly so when it comes to video games. I have since been able to play Soul Blazer to completion, and enjoyed it thoroughly. However, the obscurity of this game has always bugged me. I’ve talked to a fair few older gamers and finding someone who remembers this is pretty rare. So, long story short, you should play Soul Blazer. 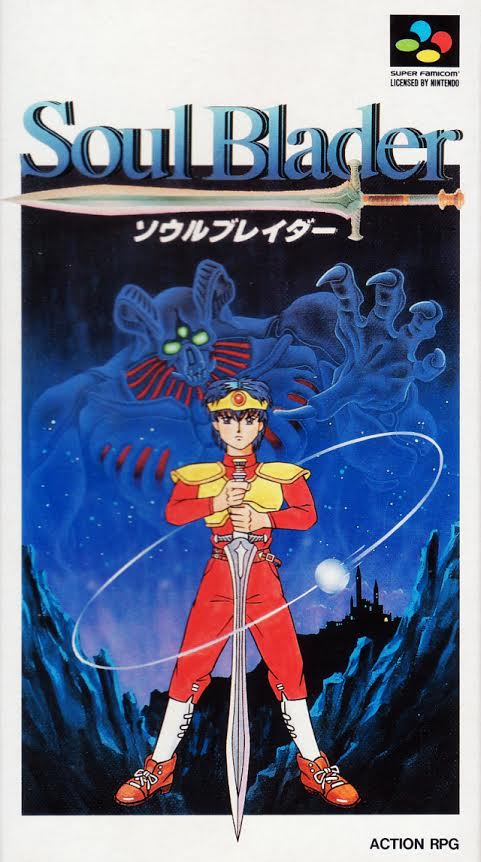 Soul Blazer is an old school action role playing game from Enix, long before they merged with Square. It depicts a warrior, the titular Soul Blazer, as a guardian sent by a loosely defined religious symbol and do battle with Deathtoll and his minions from the world of evil. These minions, taking the form of various bosses throughout the game, has commandeered the souls of the world’s inhabitants. Clear a dungeon, release the souls, talk to the people, and sometimes the plants, or dolphins. You can hold a surprisingly interesting conversation with a tulip, it seems.

The graphics are gorgeous, the sprites are adorable, and the mechanics are pretty interesting by themselves. While areas bosses are the main goal of any dungeon, liberating the souls of townsfolk and unlocking their dialogue throughout the level is rewarding from a narrative stand point as well. Despite the somewhat hokey concept, the story that plays out is engaging from start to finish, and something I will always remember fondly. 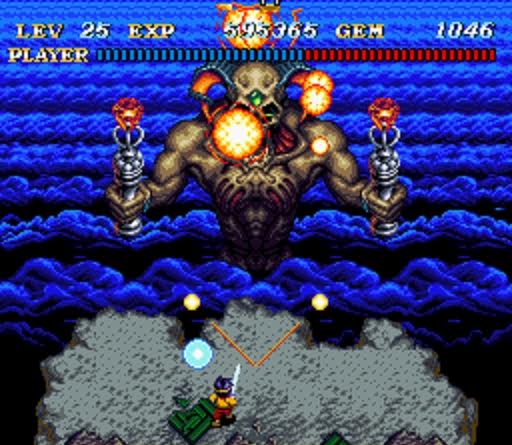 Bosses are some of the most memorable moments of each liar.

The game plays like an updated version of Crystalis, another old favorite of mine, though one that people typically recognize. The player collects equipment, spells, and fights in an eye pleasing top-down environment in real time, while accruing experience and leveling up their abilities. Action RPGs hadn’t yet gotten the public acceptance that it has today, and Secret of Mana was still a year away.

Soul Blazer was something that could been the industry standard, but somehow fell to the wayside. It was fun and fast paced but still had a rich story and interesting mechanical touches all around it. While it will never be The Legend of Zelda and the market is practically flooded with games like it nowadays, I could definitely see a game like this getting rereleased to great success. Maybe even with an open world treatment, as seems to be all the rage these days.