Something Borrowed: Awesome New Characters that Borrow from Awesome Old Characters Imitation is the most sincere form of flattery. For most of my life, I thought that was just...
by James O'Donnell January 24, 2017

Imitation is the most sincere form of flattery. For most of my life, I thought that was just something that art teachers said to prevent their students from beating the life out of classmates who’d copied their work. But now that I’m an adult I understand that the concept of creating something new as a tribute to something old is pretty fucking awesome. With this in mind and a savant level knowledge of television and movies past and present, I’d like to present a short list of awesome new characters that borrow from equally amazing characters from yesteryear. 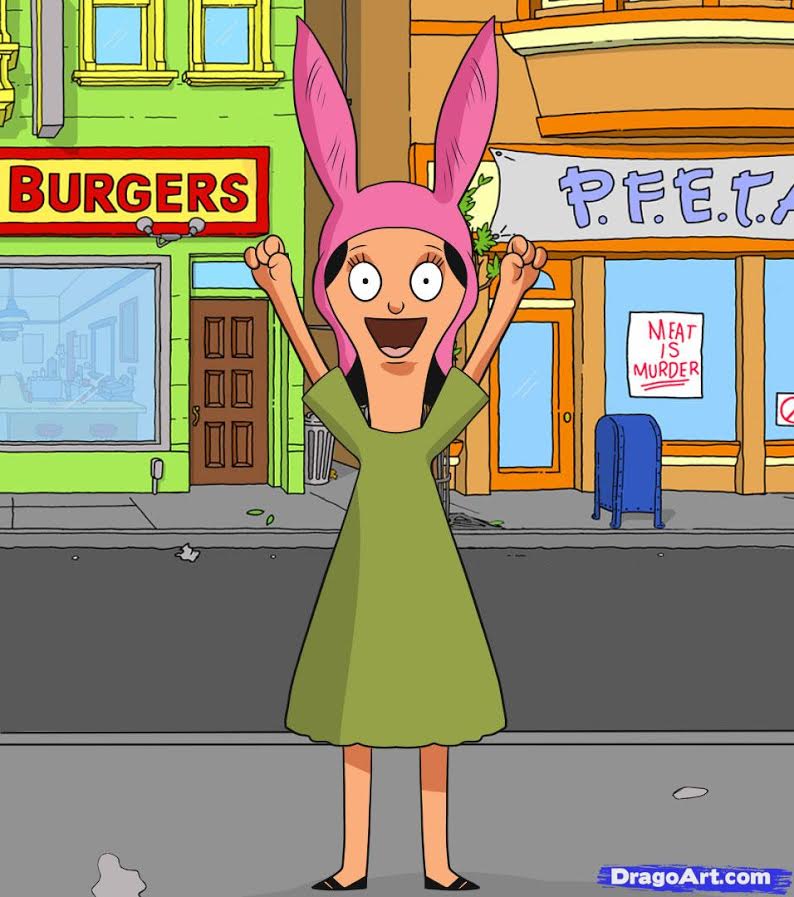 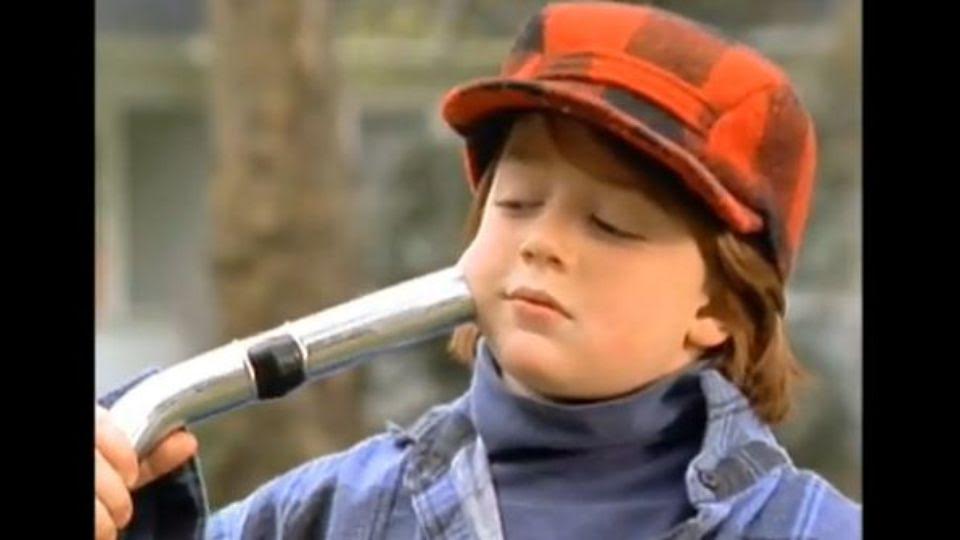 In 2010 Bob’s Burgers seared its way into our collective hearts thanks in part to its amazing cast, heartfelt storylines, and fantastical burger recipes. One of the show’s standout characters is Louise, the precocious middle child of the Belcher family. Louise is wise beyond her years, full of adventurous spirit and never takes shit from anybody much like a certain pre-teen badass from a little show called the Adventures of Pete and Pete.

For readers too young/old to remember; Pete and Pete was a groundbreaking coming of age story that revolved around the lives of a pair of brothers from Wellsville, New York. While the tone of the show was regularly light- the episodes often saw its characters tackling serious philosophical issues like the nature of friendship, normalizing parental relationships and losing loved ones. The star of the show was the younger Pete, a precocious pre-teen badass who is wise beyond his years, full of adventure and didn’t take shit from anybody (sound familiar?).

For starters, Little Pete and Louise both sport a trademark hat. Little Pete was almost always shown wearing a red plaid-hunting cap, and Louise has never been seen without her purple rabbit ears. Both characters have had episodes in which their hat is destroyed/stolen by bullies with Pete’s being sawed in half by Paper Cut and Louise’s stolen by Logan, a teenage skater with overbearing yuppie parents.

Pete and Louise’s similarities don’t end with headgear. Both characters constantly challenge the authority of the adults in their lives with a primary focus on school administrators (Mr. Frond and Principal Schwinger). Both characters have also found themselves running businesses they’re in no way old enough to be responsible for (Pete’s W.A.R.T. Radio and Louise’s Casino). Both characters associate with powerful friends that protect them from bullies (The One-Eyed Snakes and Artie the Strongest Man in the World).

The comparison between these two amazing characters could go on, and on so I’ll just end it with this wonderful thought…what if Louise Belcher is Little Pete Wrigley’s daughter? She’s not but seriously though what if?

The Underwoods are the ruthless power couple at the center of events on the Netflix hit House of Cards. For the last four seasons, audiences have followed their twisted path to power that has destroyed careers, families and left more than a couple bodies along the way. The concept of the most powerful couple in the world being blatant criminals would be an incredibly original and shocking idea if it weren’t so clearly ripped from the archives of the legion of Tin- Foil Hat people.

Due to the insane events of the last year many have received a refresher course on outlandish conspiracy theories centered Bill and Hillary Clinton. You might have heard of Pizza Gate recently due to the fact that the psychotic offspring of one of the current US Present’s top advisors tried to murder a bunch of people in a DC-area Italian restaurant a few weeks ago. The conspiracy has its routes in a bunch of fake emails that were published by alt-right websites, which allege that the Clintons were somehow involved in a child prostitution ring that was funneled through the aforementioned Pizzeria. But it doesn’t stop with Pizza-Gate; throughout the campaign, there was a multitude of insane accusations about one of the most successful Presidents in modern history and his Senator turned Secretary of State wife. It’s almost as if there were people in other countries that were being paid to create and spread false information in order to influence the results of our election.

While this all seems fairly new to the uninitiated, many of us who have followed politics for years have been hearing this type of crazy garbage since the last time the Rangers won the Stanley Cup. In 1994 Patrick Matrisciana produced a documentary that the Washington Post called Bizarre and unsubstantiated. The Clinton Chronicles created the myth of the “Clinton Body Count” which alleges that in their rise to the Presidency the Clintons murdered several associates and rivals to benefit their insatiable lust for power. (Is this starting to sound familiar, Zoë Barnes?) This opened the floodgates for off the reservation accusations that have flooded the modern idiot’s political ideology. The only question is, why Bill never thought to betray Al Gore and nominate Hillary to be his VP at the Democratic National Convention? Probably because Gore saw it coming and threatened to turn off the Internet. 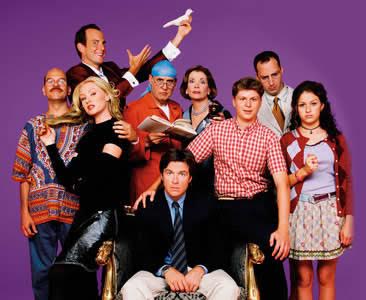 In the Godfather universe, the Corleone family dominated the mafia underworld in New York and Las Vegas for almost five decades. Their crimes included extortion, murder, racketeering, embezzlement, and many more. On the other end of the crime family spectrum, we have the Bluths of Arrested Development. The Bluths are a white-collar syndicate from southern California that prefers to victimize the IRS and their employee’s pensions (though they might have killed Lucille 2, we’ll find out later this year).

While their criminal activities really don’t match up in severity or general evilness, the two families seem to almost match up person for person. Starting off with each family’s favorite son conveniently named Michael. Michael Corleone and Michael Bluth both reluctantly took up the mantle of leadership after their fathers are put out of commission. The pair also made major compromises when it comes to their morals, with Bluth committing full-on bribery and Corleone eventually ordering his brother’s murder. Ok so they don’t exactly match in heinousness, but when you consider where Michael Bluth started out, the act of offering his siblings hush money is pretty hardcore. Part of what made the Godfather and Arrested Development so engaging is the subtext revolving the moral development of its central characters. Americans really can’t agree on much these days, but one thing we do love is playing witness to the fall of a decent man.

Gob Bluth and Sonny Corleone share a good amount of common ground: both felt themselves to be the heir apparent to their families criminal empire and both completely fucked up their opportunity when given a chance. Gob and Sonny are both horrible womanizers, with Sonny banging a bridesmaid at his sister’s wedding and Gob sleeping with his nephew’s girlfriend as well as hooking up with Lucille 2 (while she was still dating Buster). Both families’ fathers don’t think much about of their eldest sons with the Bluth patriarch constantly belittling his son’s magic career and the Corleone father coldly brushing off Sonny’s death as a casualty of business.

The final brother in each family is, for lack of a better term, a bit slow. Buster Bluth and Fredo Corleone are both given menial tasks to keep them busy, with Buster carted off to audit grad school classes, and Fredo sent to “keep watch” over the family’s casinos. Their similarities end there, though, as Fredo grew to resent his treatment he decided to plot his brother Michael’s assassination and Buster joined the army and lost his hand to a loose seal. 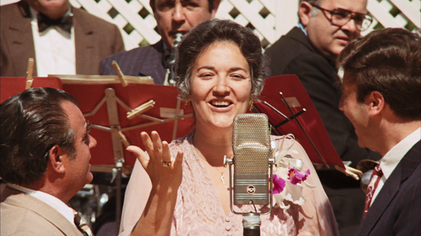 Rounding out the sibling portion of this comparison is a bit of a stretch because technically Lindsay isn’t a Bluth by blood, but we’ll ignore that for now since- like her siblings, she’s a terrible person. Lindsay and Connie Corleone share some superficial similarities like being the lone sister to three brothers and generally acting like a spoiled brat. The biggest parallel between these two characters is their chosen spouse: Dr. Tobias Funke and Carlo Rizzi. Both families hate their brother-in-law with a fiery passion but for nearly opposite reasons. Tobias is seen as weak and ineffectual while Carlo is a violent womanizer who traps Connie into a life a ritual abuse. The Bluths and Corleones handle their disapproval for their daughter’s chosen spouse differently, with the former making snide gay jokes and the latter ordering his death at the hands of noted cannoli enthusiast Peter Clemenza.

Finally, we have the parents. George Bluth is either the embodiment of all that is wrong or all that is right with our current economic system (I guess it depends on who you voted for). From a young age, he cheated, lied and stole his way to the top of the economic pyramid without any remorse or regret. Vito Corleone followed a similar path while building his criminal empire; you’d just need to include shooting Don Fanucci in his face instead of stealing the concept of frozen bananas. Both men believe in family honor above all else, and both are rendered powerless at the beginning of their respective stories (one via the SEC and the other by a .38 Special).

The only family members that don’t really match up are the matriarchs. Lucille Bluth spends the majority of the first three seasons drinking vodka and making fat jokes at her adopted daughter. In the shows original finale it was revealed that Lucille was the true leader of the Bluth criminal empire, manipulating George’s ruthless ambition to gain power and influence. Carmela Corleone, while a beautiful singer and dedicated mother, never really served as much more than set dressing throughout the Godfather films, with few meaningful pieces of dialogue. But maybe that’s just it. Maybe Carmela was the true driving force behind the rise of the Corleone family. Maybe she was so great at hiding her criminal activity that no one, not the FBI, not the SEC not even her favorite son could figure out her true intentions…