Six Little-Known Animated Film Gems  By Rich Spinello   We all watched cartoons as children. Some of us still watch cartoons as adults. I am one of these “adults.”...
by Former Writers February 8, 2017

We all watched cartoons as children. Some of us still watch cartoons as adults. I am one of these “adults.” I have always had a deep affection for animation and I always will. It’s almost magical the way animation allows the writers and artists such a large amount of creative freedom and the ability to tell any story they want.

These animated delights range from Disney to Ghibli and beyond.  And so many of these great animated films and television shows out there go unnoticed or underappreciated. I will attempt to remedy this injustice by introducing you to a few unique animated features. All of these films are excellent and display a wide array of very different animation styles, as well as some very diverse stories in both content and genre.

I’m confident at least one of these tales will resonate with most viewers who enjoy animation as an artform. And I would love for this to allow some animation skeptics an opportunity to gaze through the windows of my eyes and appreciate why I believe these films are as good or better than many live action movies.

The Secret of Kells follows the tale of a young boy named Brendan who lives in the little town that is within the Monastery Of Kells. One day a master artisan arrives at the Abbey of Kells and Brendan is introduced the art of writing books and illuminating them with brilliant artwork. Under the instructions of the master artisan who creates books, Brendan begins a quest to assist the in completing the writing and illuminations of a magical tome the master is creating. 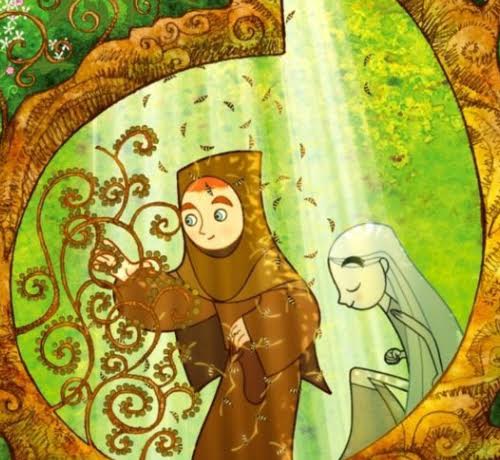 The first thing you’ll notice about The Secret of Kells is the stunning level of the artwork. The second thing you’ll notice is the weirdly flat but interesting style of the animation. The whole film feels like you’re watching some beautiful, moving tapestry. If you can, I’d advise you to watch this on BluRay. The difference in viewing quality is noticeable, especially if you’re a connoisseur of animation. 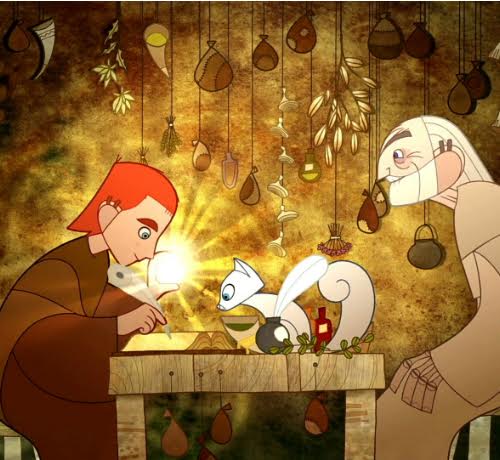 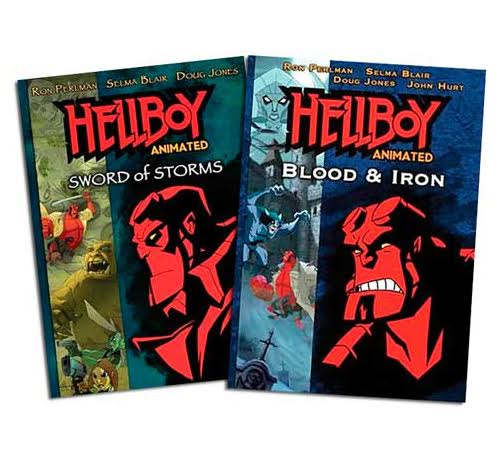 If you like the Hellboy comics or are a fan of either of the live-action Hellboy movies, then you are in for a treat! And even if you’re not, I still think you’re in for a treat! The Hellboy animated films are a great return to form for Big Red and the BRPD crew, and these two little tales in the Mignola-verse are perfect additions. 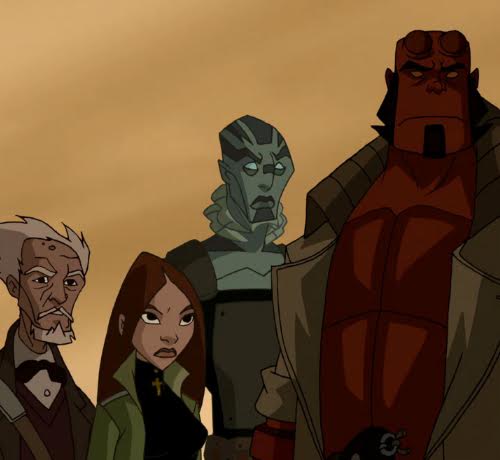 With all the major voice actors from the live action movies coming back, including Ron Perlman, Selma Blair, John Hurt and Doug Jones, it’s almost as if these are two more direct sequels to the original films. The animated films were most likely intended to continue the Hellboy franchise while saving on the budget the live-action films require.

Hellboy is one of my favorite comics, and these animated treats do him total justice. The animation is not the highest quality but does very little to detract from any of the rest of it.

Storm of Swords and Blood and Iron are just two new one-off Hellboy adventures. If you are unfamiliar with the formula: A suspicious evil menace arrives somewhere exotic. Hellboy and his team of supernatural experts come to see what’s going on. They find the evil monster and Hellboy punches it until it stops being evil.

My description of the animated films may seem like a gross oversimplification, and it is. But let me assure you these stories are always fun, creative, and steeped in real and well-researched mythology, weaving a compelling tale of mystery and action! 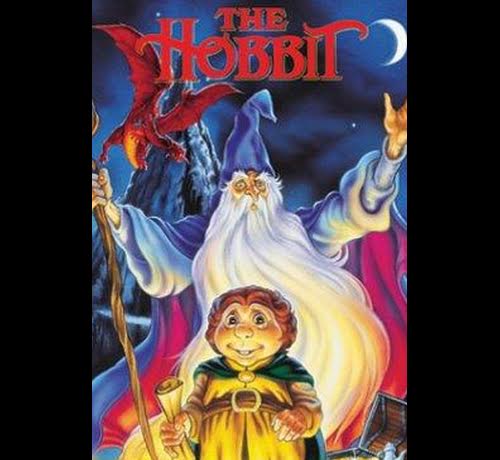 The Hobbit tells the classic tale of Bilbo that we all know and love. This adaptation, however, is far more faithful to Tolkien’s intentions for The Hobbit to be a children’s book. The movie cartoony, fun and light hearted and throughout the film are soothing little songs that set the lyrics of Tolkien’s poetry from The Hobbit against the 70’s style sound of some excellent folk music of that era. 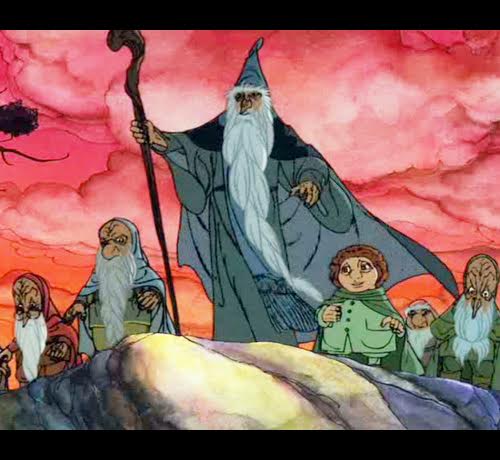 The story follows far more closely the plight of the charming, portly and helpless Bilbo, the short, disfigured and greedy dwarves and the old ruin that is the wizard Gandalf. All of them surrounded by the blissful settings of the shire and their slow trek through a much more peaceful middle earth before the full return of Sauron to power.

For the 70’s, I feel the quality of the animation was definitely above average. The almost washed out watercolor style of the art makes The Hobbit seem like you’re reading the story from the ancient Book of Westmarch that Bilbo penned himself to record his journey. 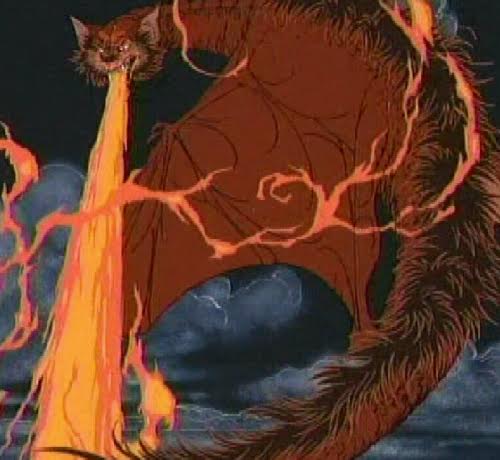 Rankin & Bass were the ingenious producers behind the Hobbit cartoon. These are also the bright minds that came up with the Frosty the Snowman and Rudolph the Red-Nosed Reindeer claymation Christmas classics. So the level of production here was relatively high, I would imagine, especially as The Hobbit cartoon was crafted during that revival of The Lord of the Rings as a fad during the late 60’s and early 70’s.

The Hobbit cartoon from 1977, in particular, is one of my favorite things ever. Just to be clear. I do not mean favorite cartoon or favorite movie. I mean favorite thing period. I love it unabashedly, and I just want my bias to be clear regarding this. In my opinion, this is the only Hobbit film you need. All due respect to Pete Jackson, those will never be my Hobbit movies. 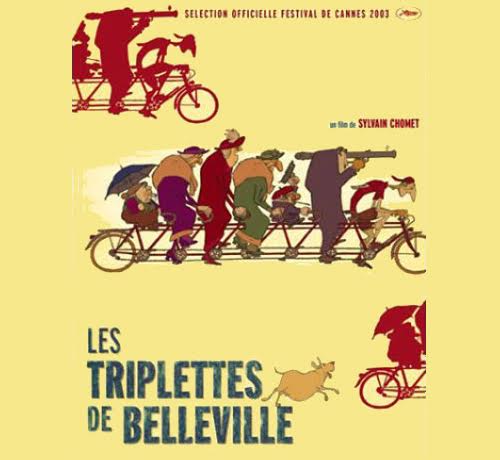 The Triplets of Belleville immediately transports you to an outrageously surreal France with it’s in your face style of exaggerated aspects of the characters. Huge noses, chins, and ears; little eyes, bulging muscles. All so oddly disproportionate yet entirely appropriate. 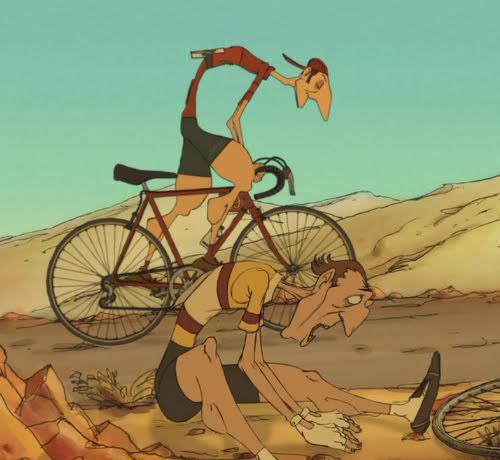 A bright little comedy filled with loveable characters and cluttered but funny settings from the urban streets of Paris to the broad and sprawling countryside. 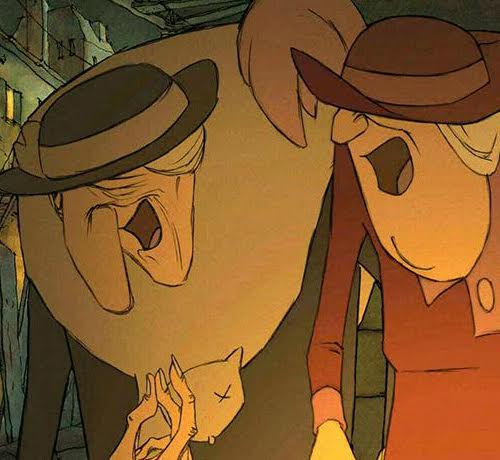 For the majority of the film, the color palette of The Triplets of Belleville is somewhat limited, mostly to autumnal colors. Coming the usual dullness of yellows, oranges and dull browns into a glorious tapestry that blends the scenes together so effortlessly.

The Triplets of Belleville is from the mind of another great French writer/director in Sylvain Chomet. 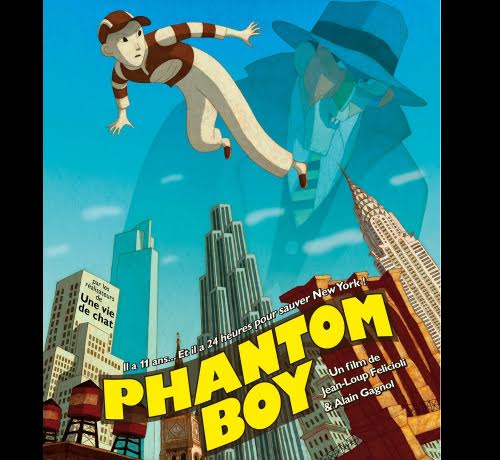 Phantom Boy is a heartfelt tale that subtly explores the different kinds human connections we have in our lives. Whether those are with family, friends or more romantic involvements, they all have their nuances and unique dynamics. All of this is merely rich subtext encased in a thrilling crime drama and genuinely funny comedy.

Phantom Boy does an excellent job of carefully combining all these elements into such a well balanced animated film that has something for everyone.

Phantom Boy revolves around the human relationships surrounding a sick eleven-year-old boy who develops supernatural powers. He uses these skills to help an injured policeman catch a super-villain who is attempting to take over New York City.

So you may be noticing a theme here, as Phantom Boy, much like Secret of Kells & The Triplets of Belleville, is a French film that was also co-directed by the story’s writer Alain Gagnol. What can I say? The French make good cartoons apparently!

Hopefully, you found something in those films that interests you. Despite whether you’re heavily into animation or, if not, perhaps it introduced to something new you may like. Either way, I stand by all of these features as quality films that were a joy for me to watch and come highly recommended; Especially if you appreciate the fantastic art of animation and the impossible and incredible worlds it can create!