Last month, Sisters of Sorrow #1 caught me off guard with its narrative. The story of a close knit group of friends in a women’s shelter, Sisters of...
by Former Writers August 23, 2017 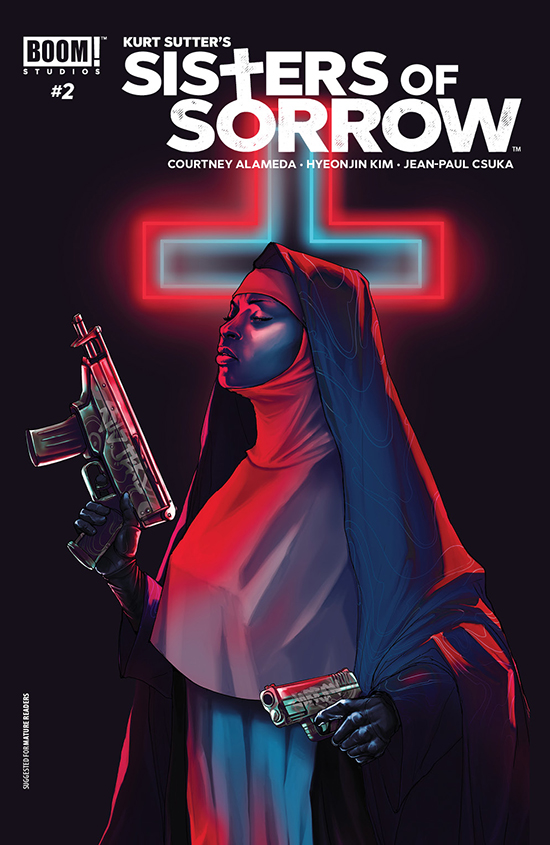 Last month, Sisters of Sorrow #1 caught me off guard with its narrative. The story of a close knit group of friends in a women’s shelter, Sisters of Sorrow is a story of revenge and vigilantism, showing the titular sisters deciding to kill a crooked cop who had abused one of them. The entire focus of that first issue was about whether or not to tackle the act of vigilante murder, and I felt like it handled the issue at hand very well.

Sisters of Sorrow #2 is instead all about the aftermath of the act, opening up as Dominique is arrested for the murder last issue and her comrades in arms find themselves at a loss about what to do. The follow-up is about establishing the idea of vigilantism and what comes next, as well as how the planned follow-up attacks go. It’s becoming evident that Sisters of Sorrow is not about the grisly murders or the truly despicable men who are subject to them, but about the real, lasting effects these actions are taking on the women. 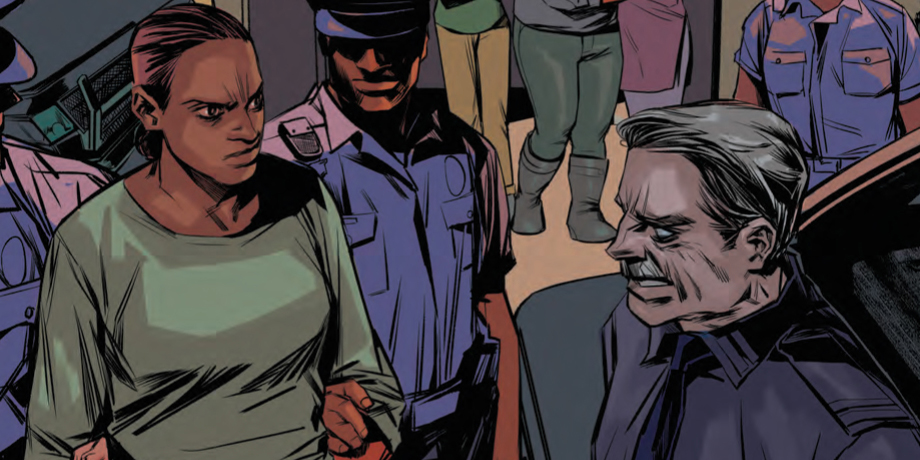 We spend more time with the women than anything else, watching them as they plot on how to help Dominique out of her predicament, as they plan their next target, and as they learn from the mistakes of the previous killing. We see the ramifications of their actions in real time, as well as the strain it takes on them as a whole, and that creates something special. Sutter and Alameda have created a richly developing world, one populated by strong women who are done taking crap and stepping up to do something about it. There’s the feeling that it’s all going to end terribly, obviously. That everything will fall apart, and the girls may even end up paying the ultimate price for their actions, but for now, the readers are firmly in their court, and I don’t expect that to change. 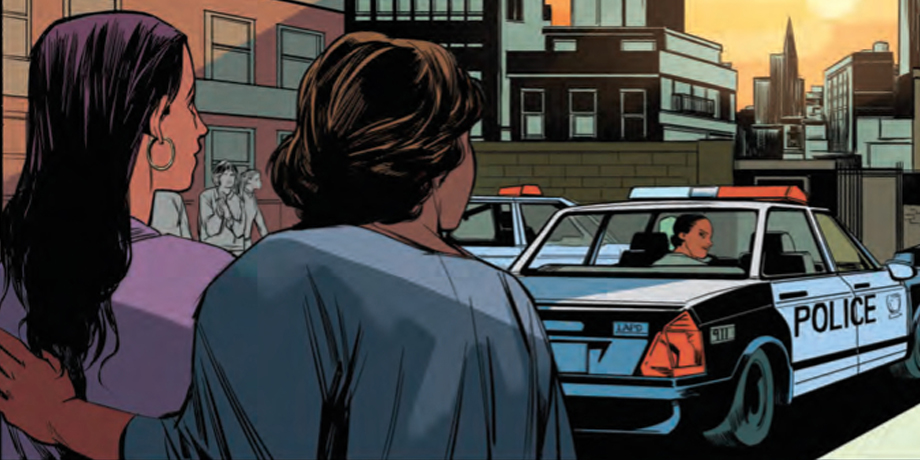 Hyeonjin Kim’s art and Jean-Paul Csuka’s colors are proving to be a revelation of their own, and I’m enjoying it. They’ve managed to craft a dark, moody atmosphere, and yet the color palette is bright and vibrant. We see a bit more of the grisly nature in store for the title this week, as the finale includes a much more frightful death than previously depicted. It looks fantastic while not being overly gory to the point that it’s off putting. The character designs are sharp and crisp and blend well. No one actually looks like a good guy here, and I love it. We also finally get to see the birth of the Sister’s nun outfits, and they’re rendered beautifully. 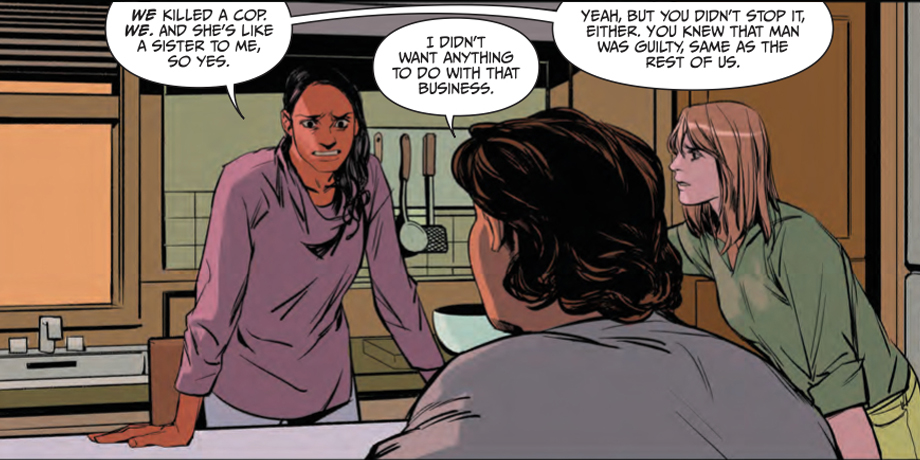 Sisters of Sorrow didn’t seem to get a lot of love last month, and I’m really gutted by that. I found this to be a fascinating book, and I feel like the story it’s going to tell is going to be an important one with all that’s going on in the world today. With only four issues of its run, there’s still plenty of time to catch up with the title and follow it to what will hopefully be a satisfying and violent conclusion.