Maybe Dr. Shipwright has smiled before, but it feels like the first time he’s smiled in Shipwreck #4. Waking up in the same motel room where he...
by Rachel Bellwoar May 1, 2017 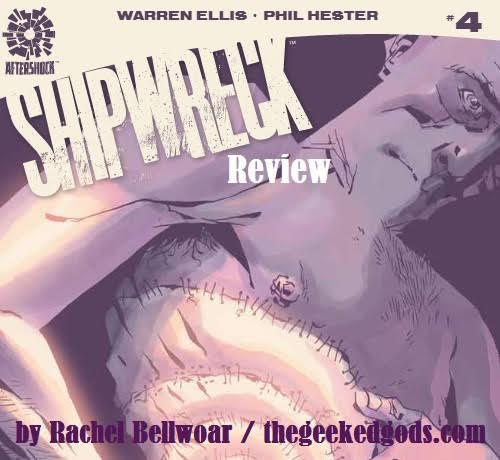 Maybe Dr. Shipwright has smiled before, but it feels like the first time he’s smiled in Shipwreck #4. Waking up in the same motel room where he fell asleep in issue three, an extended opening is given to the weird phase between waking up and feeling awake. Stretching and perusing the made-up products of a vending machine in silence, the sequence is stubbornly mundane to inspire a delirious smile when Shipwright walks away with a free bottle of Rabbit Drink. Since he already secured his room for free, he didn’t have to be stingy on the food, but a wanderer isn’t flush with extra cash.

A new day in Shipwright’s search for Isham, Mark Englert’s colors burst on the scene like a window shade popping up in the morning, to the remnants of Eric Gapstur’s inks.  Brushing the heavy first page aside with a stream of golden yellows, one page doesn’t suggest the next, but a restart gets compromised if you dwell on why it’s needed. Shipwright is very consciously trying to give his mood a boost, and when the static TV gives way to a broadcast on America being “a grave waiting,” Shipwright hightails it out of the motel for a return to the periwinkle road.

This is what Isham has always accused Shipwright of, needing to escape. The saboteur of Shipwright’s cross-world apporter, we learn in a flashback how he survived the crash and that the animosity between them was at Isham’s insistence. If it were up to Shipwright, they wouldn’t have spoken, but Isham doesn’t believe in Forward Escape’s mission to save the human race. Instead, he gives Shipwright a personal agenda, of wanting to run away. By using the apporter for finding a planet that’s habitable to human life, Shipwreck can get government funding for a project that’s self-serving. A chilling artistic flourish by Phil Hester has the apporter’s control room configured like the mask that was worn on the TV broadcast. It predicts the deadly disaster about to happen. 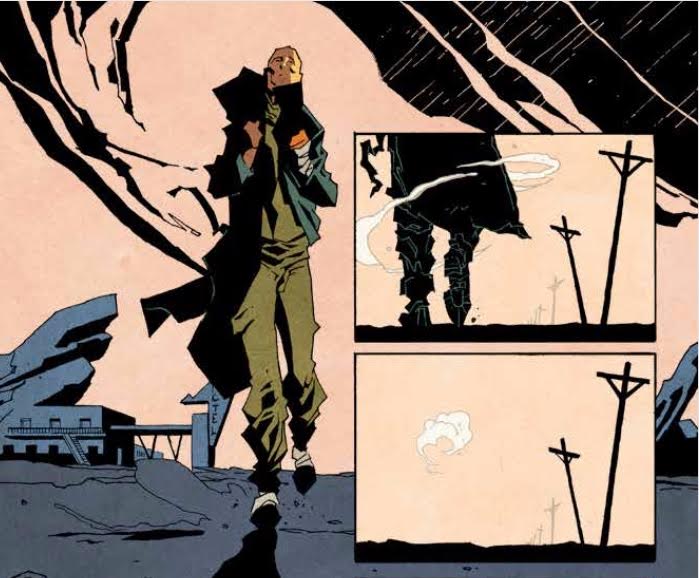 Shipwright hasn’t succumbed to accusations, and if anything has his confidence renewed when he talks to Nina Zander. Halted from making his customary runner, by Nina recognizing him, Nina eases Shipwright’s self-doubts and, provides Dr. Shipwright with “…the first conversation I have a prayer of understanding since I got here.” The opposite of issue two’s Mr. Banks, who thought the secret to a good life was “…the ambition to retain what works,” Nina is a like-minded engineer who doesn’t understand how the government can be “happy with the way things are.” Nina is a friendly face because she confirms Shipwright’s worldview and, for the cynical, plays right into Isham’s accusations. 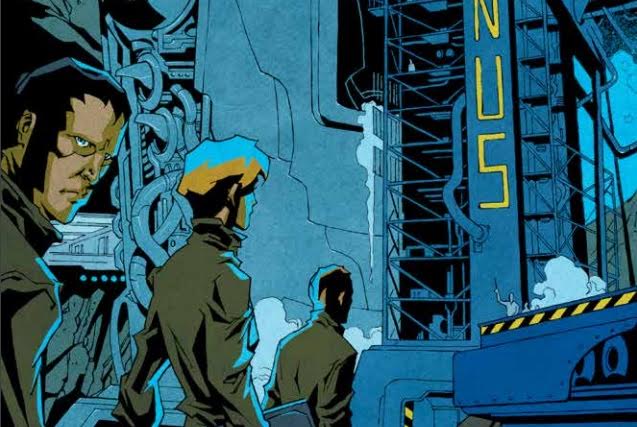 Warren Ellis’ Shipwreck remains a tightly wound, psychological puzzle made all the better by Hester’s bold imagery, where Isham looks like he’s up to no good and it’s difficult to see Shipwright as the bad guy. Among the best series I’ve ever read, Shipwreck is a creative endeavor where every person involved is the perfect fit to tell this story, and what a story it is.

On Sale May 3rd