Secret Empire- Captain America History 101 There’s no way to talk about Marvel’s “Secret Empire” event without talking about the controversial place it has occupied in the comic book...
by Jake Hill May 8, 2017 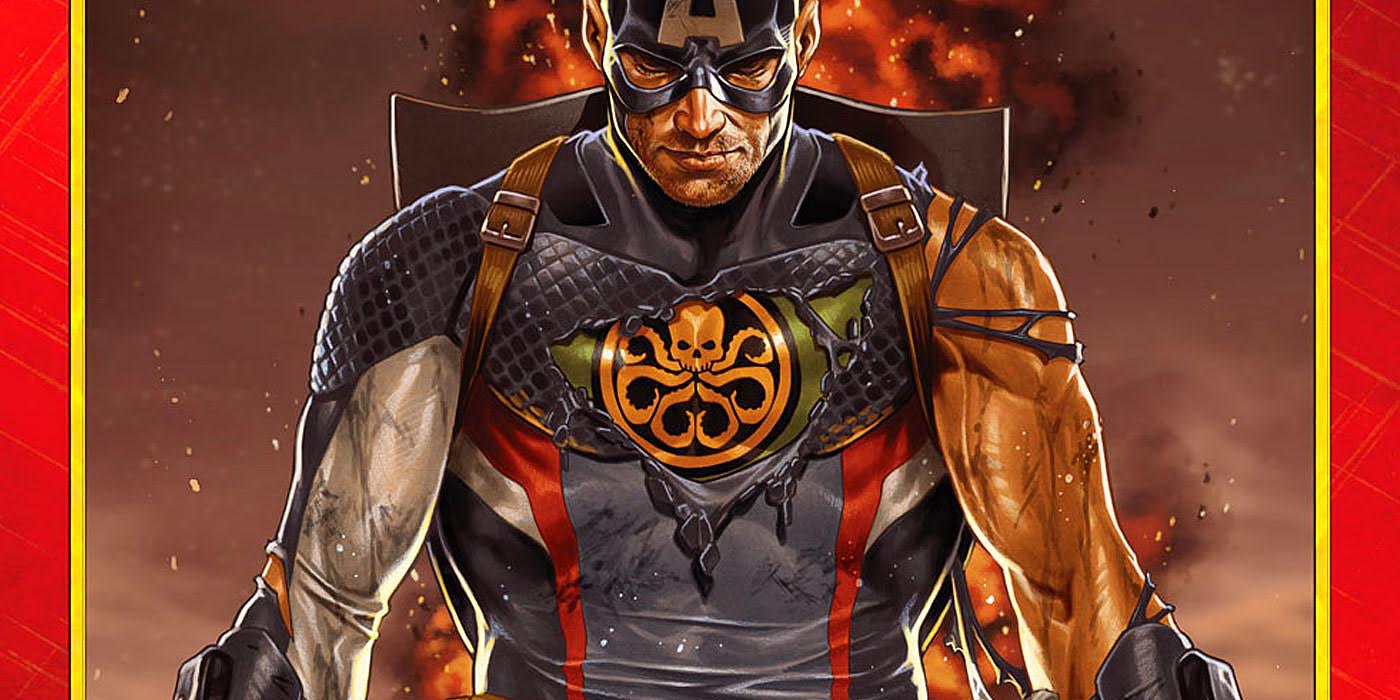 There’s no way to talk about Marvel’s “Secret Empire” event without talking about the controversial place it has occupied in the comic book community. Lots of people (including me) have strong opinions about every element of the storyline. Although I’ll touch upon that, I don’t have the time to give a thorough history of the controversy in and of itself (though if you are interested, Kieran Shiach has an excellent account over on Polygon). This is mainly a look at the developments in the comics, including the history, the story, and where it could be going.

Secret Empire I – Cap vs Nixon 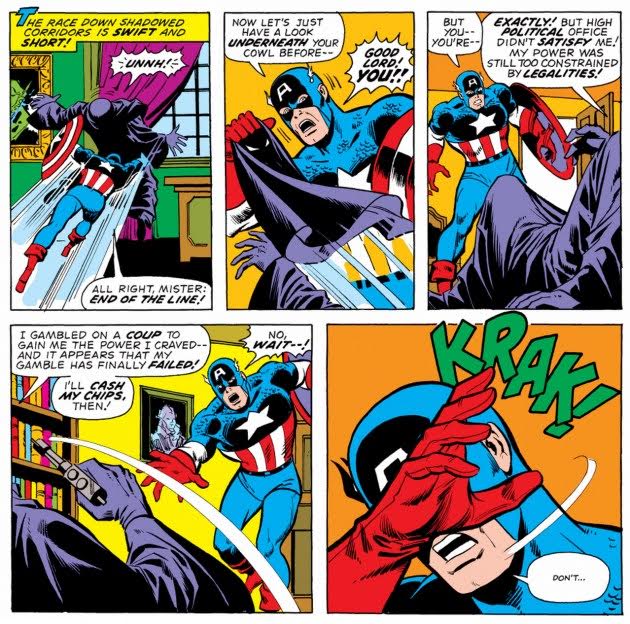 The “Secret Empire” of 1974 put the heroic duo up against a popular politician, who aimed to “Regain America’s Principles” (I couldn’t make this stuff up if I wanted to). Part of his campaign involves discrediting Captain America, and turning the public against him. Cap and Falcon follow the conspiracy all the way to the top, punching a bunch of purple-hooded klansmen along the way. The ultimate head of the conspiracy is never revealed, but he operates out of the White House and his shadowy silhouette resembles none other than president Richard Nixon. 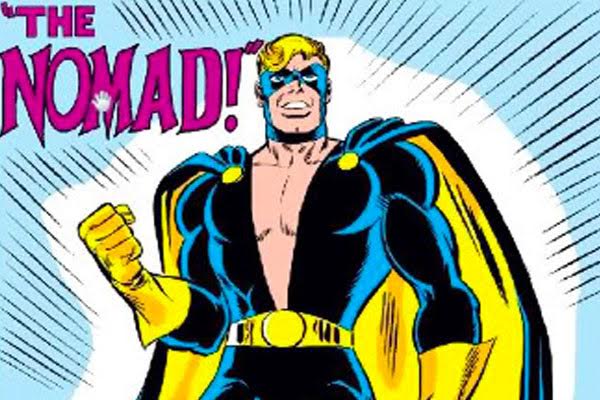 This reveal shakes Cap to his core. He renounces his country, gives up his shield, and makes a questionable costume choice as he takes on the identity of Nomad, the man without a country. It was a bold political statement for a country that had just been shaken by the Watergate Scandal.

Jump ahead to more contemporary times, and comics scribe Nick Spencer, most famous for the mysterious and psychedelic “Morning Glories” and the unbelievably hilarious “Superior Foes of Spider-Man,” takes on the responsibility of writing Captain America. The thing is, when Spencer took over the book, Sam Wilson, formerly the Falcon was now Captain America. It’s also somewhat notable that the announcement of Sam as Cap was extremely public, first revealed on The Colbert Report, but in his very first storyline as Cap by Rick Remender, Sam was ‘inverted’ as part of Marvel’s “AXIS” event, and became an authoritarian. The story passed without controversy and was quickly forgotten. 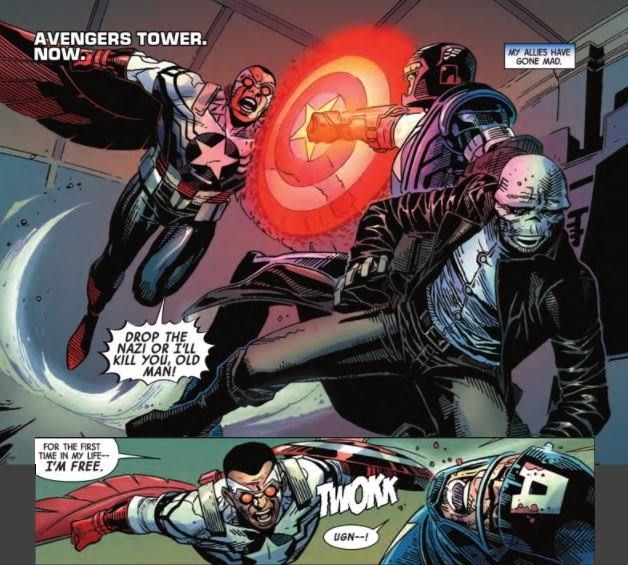 As the second writer presenting Sam Wilson as Captain America, Spencer tried to take full advantage of having a black man be Cap in 2016. In his first issue, Sam butts heads with the American government as he battles the Sons of the Serpent, a Marvel stand-in for the KKK who hate immigrants. It’s also worth noting that Donald Trump launched his campaign in June, 2015. Nick Spencer’s first issue of Sam-as-Cap debuted in October, 2015. From the first word written to publication, a Marvel comic takes three to four months.

Conservative commentators hated the issue. It got major play on Fox News. Tucker Carlson found the villainous Supreme Serpent to be more sympathetic than Sam Wilson, summarizing the comic thusly: “out there, in the middle of the country between Malibu and Georgetown, everyone is an ignorant snake-handling bigot, and they need to be held in place, or else they’ll turn this country into Nazi Germany.”

It wasn’t long until Steve Rogers returned to take on the mantle of Captain America, although the circumstances surrounding it were… weird to say the least. Steve had lost all of his powers, including his resistance to aging, during Rick Remender’s run. He was in his 90s, and without superpowers. Then came “Avengers: Standoff,” an event headed by Nick Spencer.

The basics are this: Maria Hill ran a secret project that lead to the creation of Kobik, a little girl who was also a Cosmic Cube, that powerful artifact that crops up again and again in Captain America comics. Cosmic Cubes turning into people are not unprecedented, in fact, deep Marvel lore states that all Cosmic Cubes are meant to become self-aware, reality warping gods. Hill used Kobik to brainwash supervillains into living peacefully in a suburb, to keep them away from their lives of violence. The moral of the story was that brainwashing criminals is bad.

That’s not what the story is remembered for. By the end, Kobik encounters an elderly Steve Rogers and restores him to his Chris-Evans-looking super-strong form. She can bend reality and warp minds after all. Kobik went on to work with Bucky Barnes (himself a former Captain America) and a group of recently brainwashed criminals to be the new Thunderbolts. Steve Rogers… went on to be a lot more complicated.

Spencer’s work often features meticulous plotting and an onslaught of twists. For the sake of clarity, I’ll explain these twists in the order that they happened in the story, and not the order in which they were revealed to the reader.

You see, the Red Skull has a long history with the Cosmic Cubes, so Kobik recognized him as a sort of father figure. Restoring Steve Rogers to his perfect Aryan ideal of a body? That was the Skull’s idea. Since Kobik has a penchant for rewriting personality’s, the Skull decided to meddle with time and space. Skull and Kobik rewrote history so that Steve Rogers was always a secret Hydra agent, through the Second World War, all of the years of Avengers comics, everything. 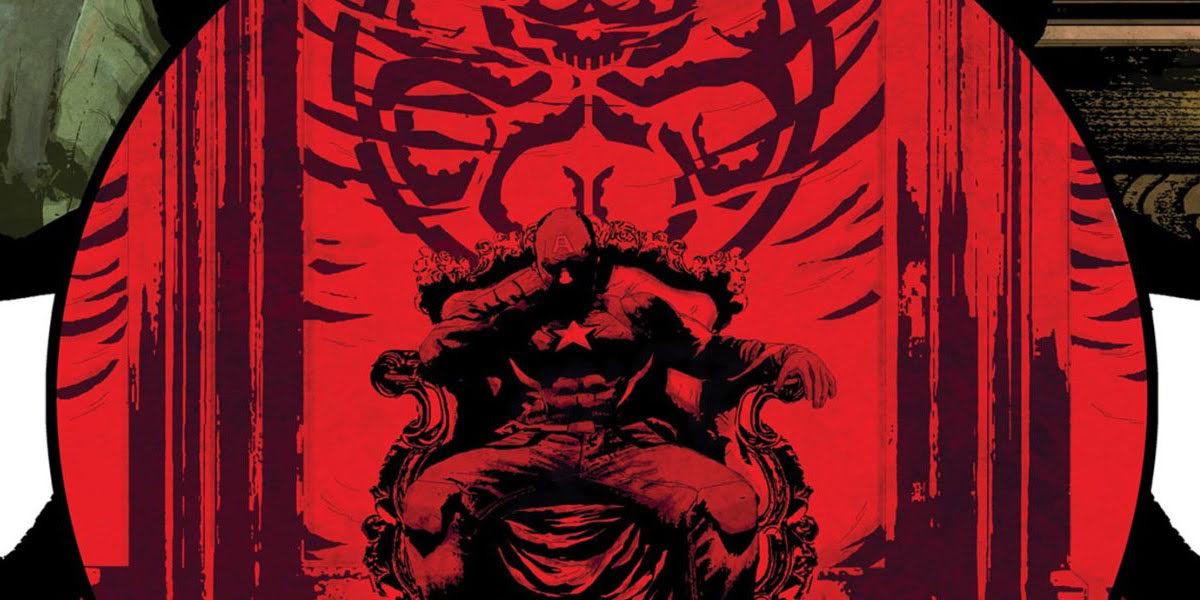 The plot of “Steve Rogers: Captain America” has jumped between two time periods. The first is Steve’s rewritten childhood as a Hydra trainee, and the second is in the present as Steve tries to wrest Hydra away from the Red Skull, and put it more in line with his views of what the organization should stand for. This culminates in a coup, as Steve murders the Red Skull (for the fourth or fifth time) and unites various unsavory characters from around the Marvel universe as his new Hydra, from Nazi heir Baron Zemo, to interdimensional mad scientist Arnim Zola, to freaky mutant Ninja the Gorgon, to just-in-this-for-the-money Taskmaster. He even revived Doctor Octopus and promised him vengeance against his enemies.

The Themes of the Text

As we come into “Secret Empire” we’ve diverged heavily from the original themes Spencer presented in the early issues of “Steve Rogers: Captain America.” The first issue, in stores May, 2016, showed the Red Skull speaking in front of a basement full of disillusioned Americans, mostly white, mostly unemployed, many of them with histories of drug addictions. The speech was a much more articulate version of what was being said at Trump rallies (Trump had been campaigning for almost a year at this point).

“…do you know what I saw there?” Skull rants, “It was an invading army. These so called “refugees”- millions of them- marching across the continent, bringing their fanatical beliefs and their crime with them. They attack our women, and bomb our cities.” He goes on like this for a while. 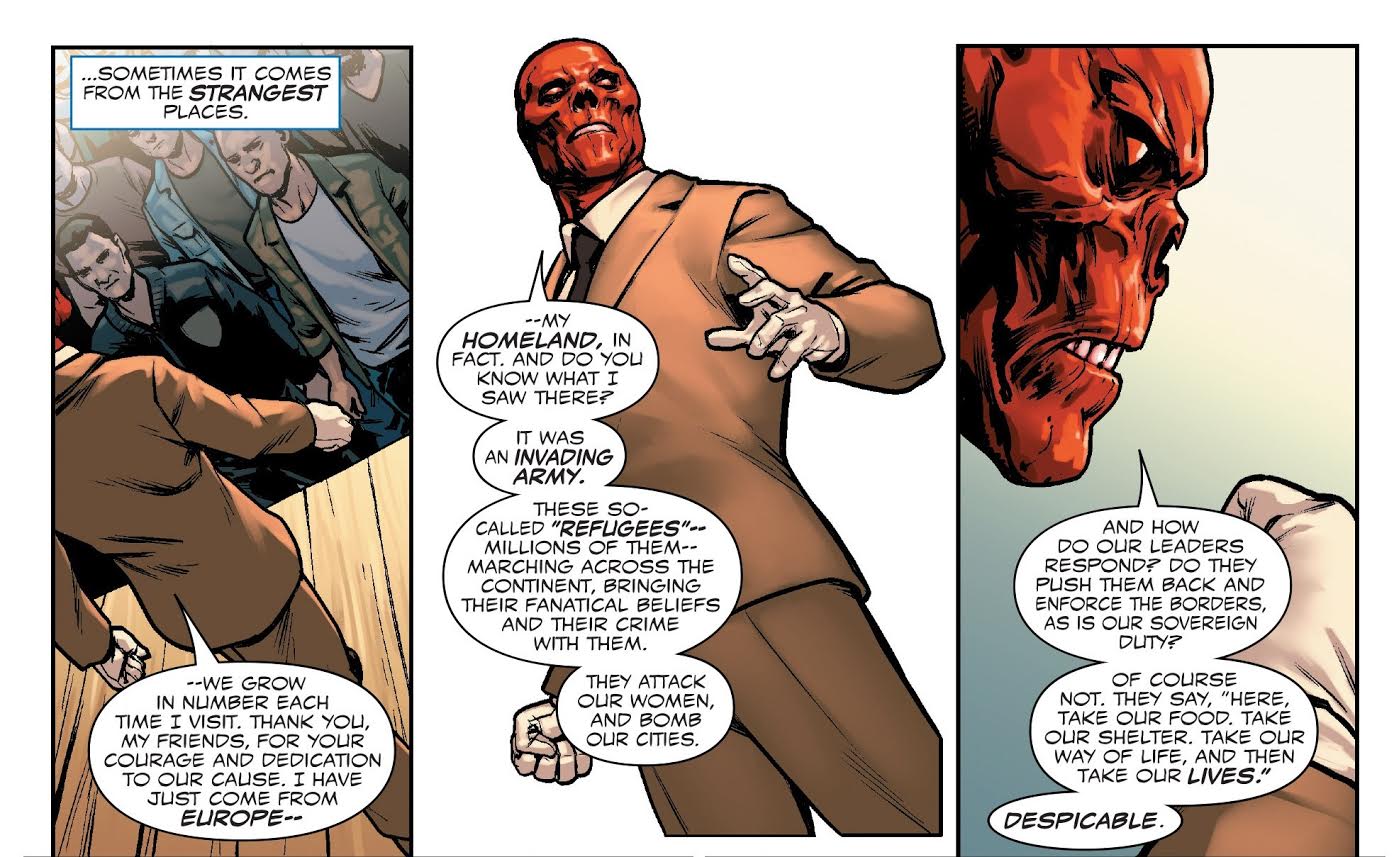 In the letters page in that same issue, Spencer talks about watching the news and wanting to tell the stories of the kinds of people who would join Hydra in the modern day. He wanted to build empathy for the scared and the desperate, the kinds of people that, in his view, would be susceptible to joining a right wing cult.

That’s… not what happened though. For whatever reason, those themes were quickly dropped, and most of the book was a lot more silly. It mostly focused on Steve Rogers and his evil plans to summon aliens, assassinate C-list superheroes and take over the world. Which brings us to “Secret Empire.”

That’s the pitch for “Secret Empire.” In the first issue, the cat’s out of the bag. Steve manages to trap some of the most powerful of Earth’s superheroes in space, and sealed the whole planet behind a force field. He’s taken over S.H.I.E.L.D., arrested Sharon Carter, and is moving to take over the world. What was once a political story about the dangers of compromising America with right wing values has turned into a fairly standard superhero story about what happens when the most loved hero on Earth becomes its greatest villain. Its pretty much the premise of DC’s “Injustice” video games.

Will the event turn out to be any good? That’s complicated.

A lot of people have backed away from this comic, without too much consideration for the contents of the comic itself. Some are upset that the book is taking a strong pro-immigration stance. Some feel that the book is sincerely endorsing Nazi ideology. There are those who feel that the perception of legitimizing the acts of racists is tantamount to endorsing racists. A lot of people were turned off by the constant string of gaffes coming out of the Marvel office, and some people don’t like what Nick Spencer tweets about, and some believe that this whole story can be traced back to Ike Perlmutter, Marvel’s CEO since 2005 and an official member of President Donald Trump’s team. There are more viewpoints than I can adequately summarize here, many of them without nuances I don’t want to misinterpret. A lot of it comes from a year of controversy, and bad feelings from the election.

None of that tells us if the comic will be any good. It probably will be alright. Better than “Civil War II” definitely. Not as good as the 2015 “Secret Wars” event. Spencer has a bibliography of some excellent comics, and the skill to pull off a major crossover event. Everything that can be stacked against him is stacked against him: event fatigue, misguided marketing initiatives, the aforementioned political controversy. It doesn’t seem like a good environment for a comic book story to thrive in.

For what it’s worth, I’m disappointed that those early political ideas seem to have been abandoned for a more familiar kind of comic. Those early issues crackled with energy, and were packed with ideas. Some worked better than others, but it was the freshest take on a Captain America story I’ve read since Ed Brubaker left the book. I can only speculate, but it seems that a poor reception has encouraged Spencer and his Marvel bosses to compromise their original vision for the book, and the result is that everyone is unhappy with it.

Big crossover events take more planning than regular issues, and it seems that “Secret Empire” was on the agenda going back as far as 2015. Since then we had a presidential campaign, and a presidential election, and America look very different. A Captain America comic that sounded really cool two or three years ago reads very differently today.

Spencer loves plot twists, so by the end of the story there’s likely to be more than a few. One upcoming issue has already been spoiled, showing even evil Steve is worthy enough to lift the magic hammer Mjolnir, a feat his hasn’t attempted since “Fear Itself” in 2012. Kobik, the Cosmic Cube girl is still out there, with Bucky Barnes. Red Skull is dead. I don’t see Steve easily bouncing back from this arc, but it’s easy to see the status quo getting restored to something more familiar by the end of the story.