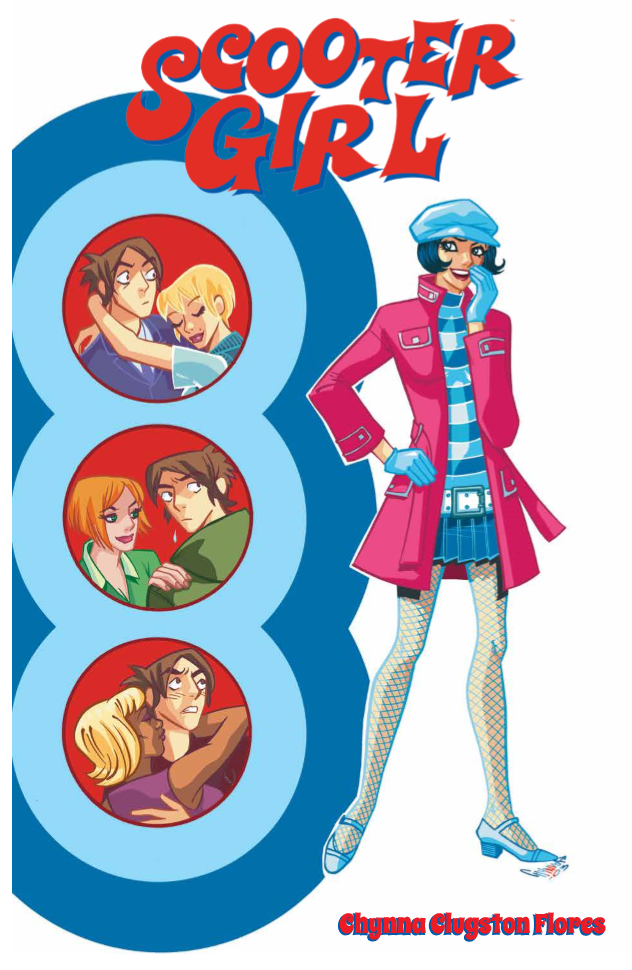 Scooter Girl is a playful, darkly comedic love letter to the mod culture of the 1960’s. Originally released in 2003 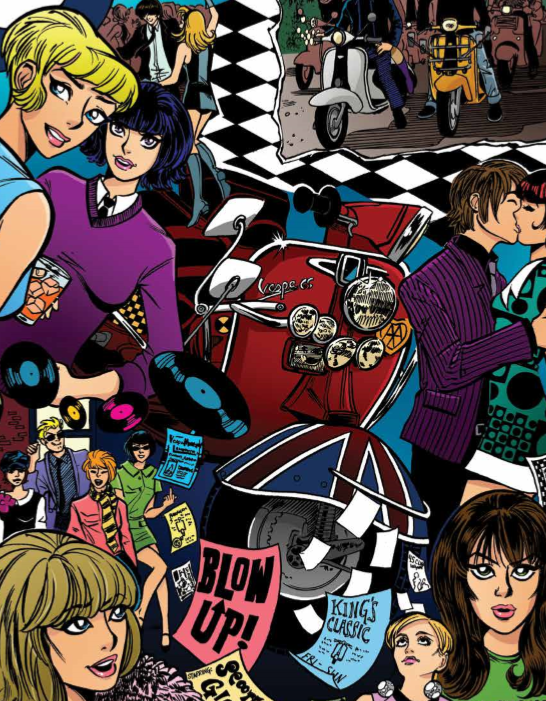 as a 6 issue miniseries, this new edition marks the first time that Scooter Girl has been made available in full color. Admittedly I was not familiar with the original release of this graphic novel, so much of this review will treat it as if it were a new product but for existing fans, it’s worth noting that the new color pallet adds to a 60’s inspired look that would fit right in alongside the likes of Archie comics and Scooby Doo. After having read it this way, it’s hard to imagine what Scooter Girl would look like without color.

Scooter Girl is the story of Ashton Archer, a wealthy high school age ladies’ man who is kind of an all-around jerk. One day, while riding around on his Vespa, he finds himself smitten with a new girl by the name of Margaret Sheldon. Margaret immediately sees through Ashton’s creepy façade and proceeds to ruin his reputation. What follows is a series of twists and turns as Ashton and Margaret try to one up each other in what seems to be an endless struggle that moves beyond high school and even jumps to other cities.

The story is told entirely from Ashton’s perspective where his flirtatious personality is often played up for comedy. At times, he can be off-putting as continually fails to grasp who Margaret can’t stand him. Eventually, things spin out of control in quite a few unexpected directions, and we see Ash and Mag both mature over the course of the story. Unfortunately, the whole thing ends in a surprisingly predictable fashion which is just a bit disappointing considering how subversive the rest of the story is when dealing with common themes centered around romance and guys getting the girl.

Artistically, this book is masterfully executed. It knows exactly what it wants to be and manages to capture a sense of 1960’s era nostalgia while feeling distinctly modern. The writing is top notch and quickly pulls you in even when the dialogue drags on a bit too long. The corners of some pages also feature notes with song titles that can be used to make a sort of soundtrack with a ton of variety from different eras; I would highly recommend finding a playlist to listen along to while you read.

Scooter Girl is clearly a very special book that does things other stories should do more often. Even though its ending is a bit of a cliché, everything leading up to it is well worth the read. It’s a fun, funny ride that I couldn’t put down until the very end.

Check out the Series here