Scales & Scoundrels #1 Review By John Saavedra   The comics industry serves up quite a few high fantasy adventure comics every month. If you’re into sword and sorcery...
by John Saavedra September 5, 2017 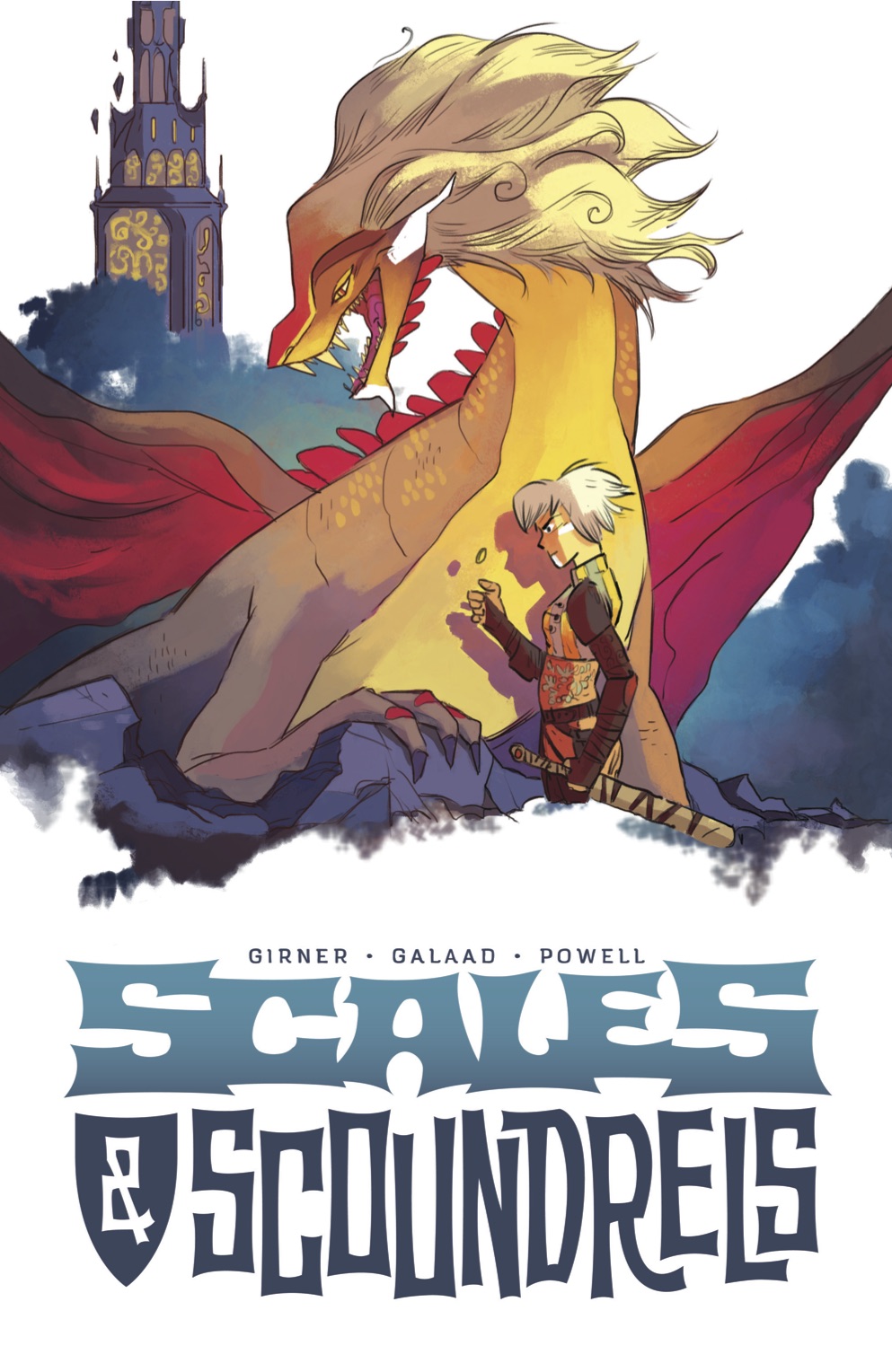 The comics industry serves up quite a few high fantasy adventure comics every month. If you’re into sword and sorcery books, you’ve got tons of options, but I bet none of them are quite as charming as Scales & Scoundrels, the story of a young woman named Luvander who travels through a mythical land in search of treasure.

Sebastian Girner and Galaad, whose artwork is the star of this affair, spin a story that gets cracking pretty much from page one. The book opens with a not-so-friendly game of Dragon’s Horde, a nice nod at the popular CCGs that have done their fair share to keep high fantasy in the public consciousness. The game leads to a pretty big confrontation that shows that Luvander is more than formidable in a fight and also that she has a crazy sense of humor. One thing I loved about this first issue is that it’s really funny and not as serious as some other fantasy offerings. (One of my favorite books of last year was Jason Aaron and R.M.Guera’s The Goddamned, a decidedly more Biblical affair that bordered on postapocalyptic bloodbath. I still cringe at that one scene with the feral children…)

Luvander’s first fight of undoubtedly many to come teases something big about the protagonist that I won’t spoil here, but it’s definitely a revelation that will raise some eyebrows. There’s a page about midway in the book that seems to confirm the truth about Luvander. Either way, the page in question, which depicts a dream, is exceptionally gorgeous. Galaad’s first work in comics is a showcase of the artist’s immense talent. It sort of reminds me of when Babs Tarr, another wonderful artist, debuted on Batgirl. (She’s doing amazing work on Image’s Motor Crush now if you’re interested.) Galaad’s debut feels as important. Scales & Scoundrels might not only be ushering a fun new adventure but also a great artistic talent.

Much of Scales & Scoundrels #1 is setup. We don’t learn too much about Luvander beyond a few hints from her. One of the important things readers will discover is that the character, despite being a thief and more than happy to get into a brawl when the occasion calls for it, has a good heart. When she runs into a group of travelers in need, she helps them. When a hungry child begs her for a coin, Luvander gives it over. Many of the best adventure stories have to do with scoundrels who ultimately have hearts of gold. That certainly seems to be the case with Luvander, who is chipper and wants to help, but also wants to get rich in the process. It’s probably why she agrees to go on an epic adventure that will undoubtedly make up the first few issues of the series.

It does seem like more than a few obstacles are ahead for Luvander, including someone who might be on her trail, and there’s also a bit she needs to learn about herself. I look forward to learning these things with her.