The Sandman Special #1 Review By John Saavedra   For the past few weeks, DC Comics has been releasing special over-sized tribute issues to the work of the legendary...
by John Saavedra August 16, 2017

For the past few weeks, DC Comics has been releasing special over-sized tribute issues to the work of the legendary Jack Kirby, who would have turned 100 on Aug. 28. The latest is The Sandman Over-sized Special, which is full of adventures starring the superhero who fights nightmares and keeps them from entering our world. This love letter to the character by Dan Jurgens, Steve Orlando, Jon Bogdanove, and Rick Leonardi is full of tips of the hat to Kirby and his huge roster of characters, many of which continue to be staples of DC’s Universe today, including Forager and Mister Miracle. 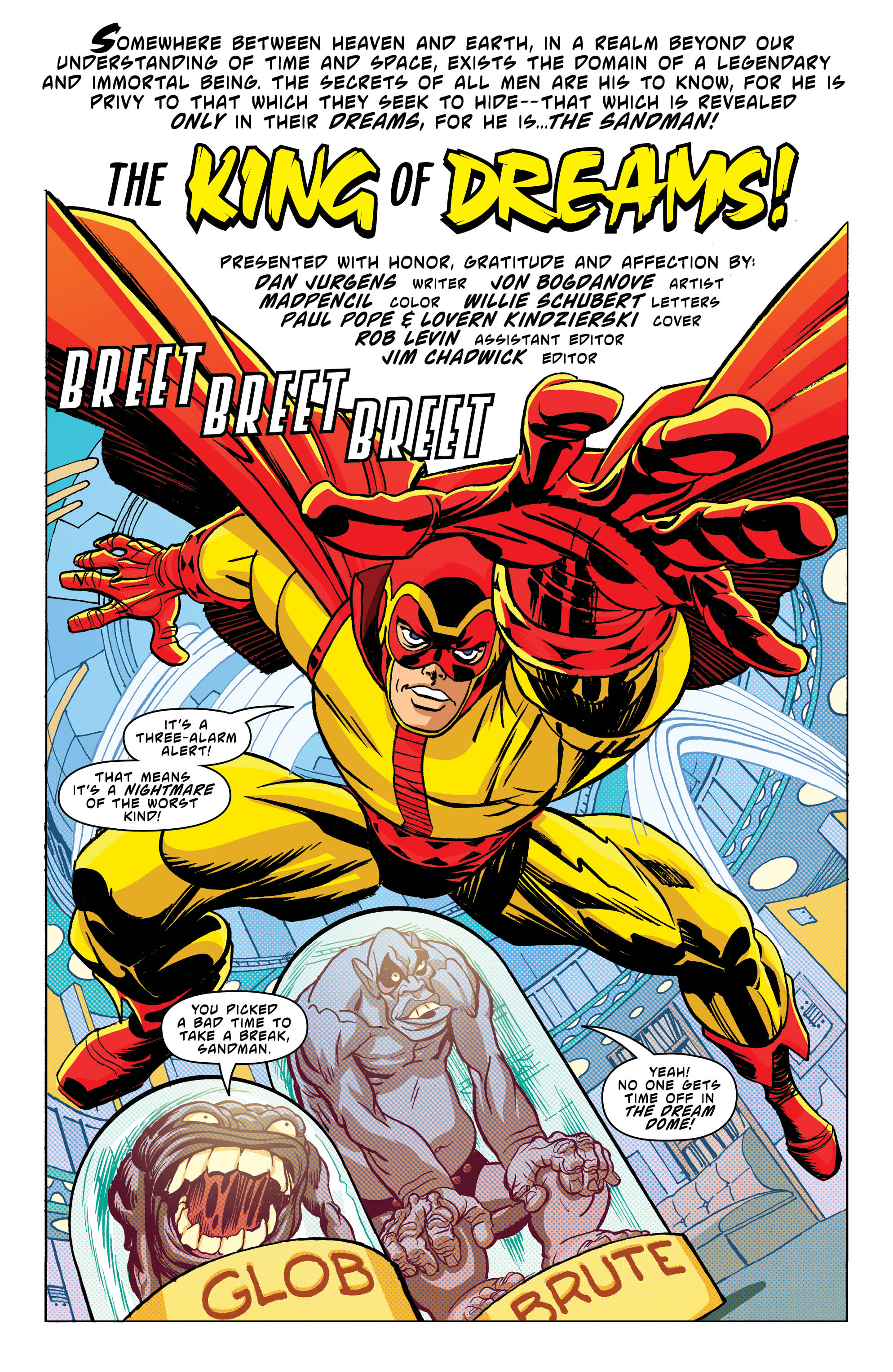 We get all the staples of the classic Sandman books, such as Brute and Glob, his begrudging sidekicks who help the hero in his fight to protect the real world from nightmares. Jurgens story with Bogdanove deals with a potential invasion of nightmares being dreamt up by a little boy who’s clearly a nod to another character you might recognize if you’re a fan of Kirby’s work, especially his Fourth World stories. But I won’t spoil that here. You should discover the treat on your own. 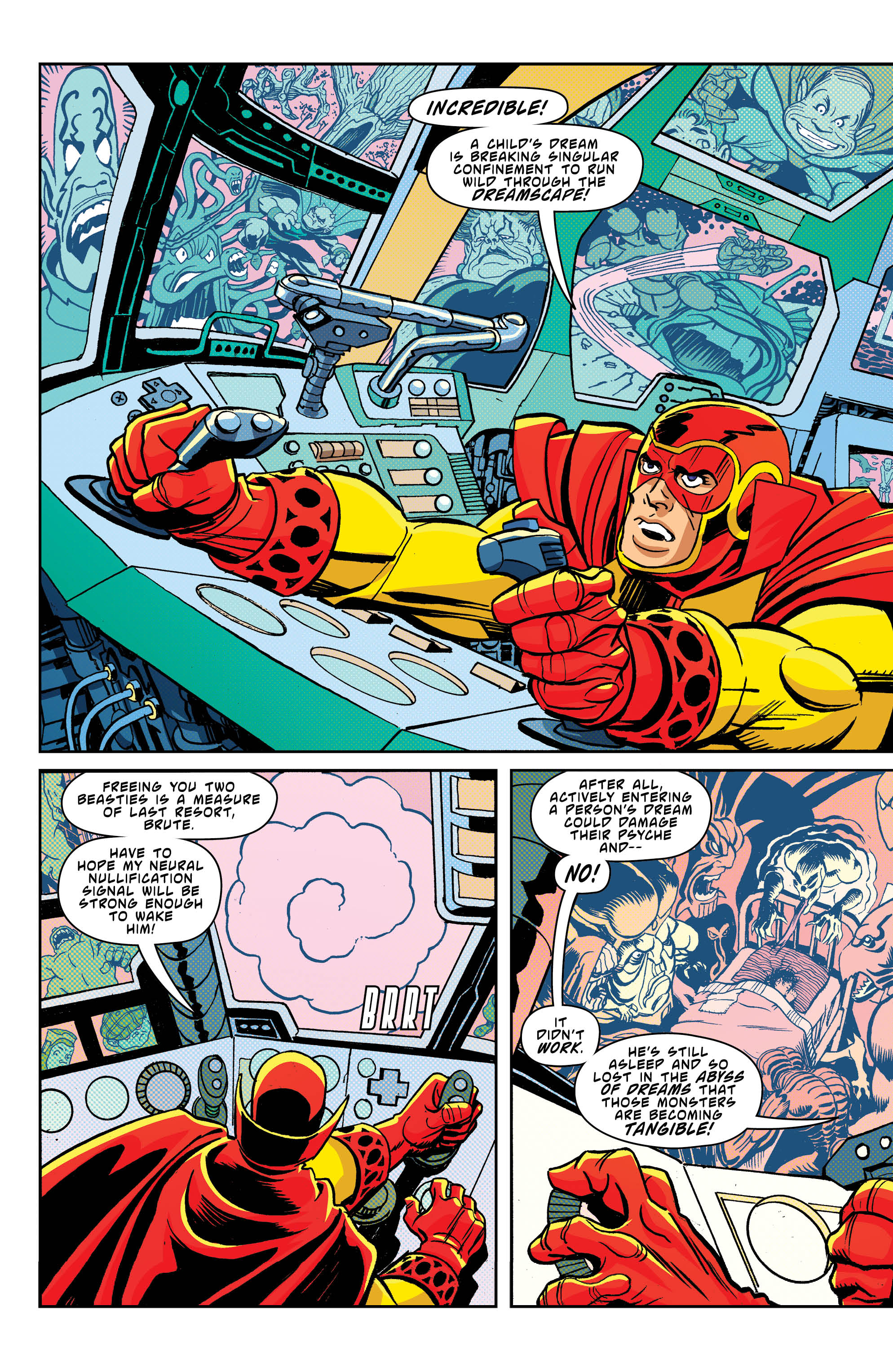 The tribute is really true to the Sandman’s adventures in the 70s, featuring a lot of the melodramatic and expository writing that characterized that era of comics. The dialogue is definitely a bit wordy to today’s standards. The Sandman is prone to long monologues about dreams, nightmares, and ramblings about the space-time continuum, but those also serve as nice little refreshers for new readers who completely lost in Kirby’s intricate world. 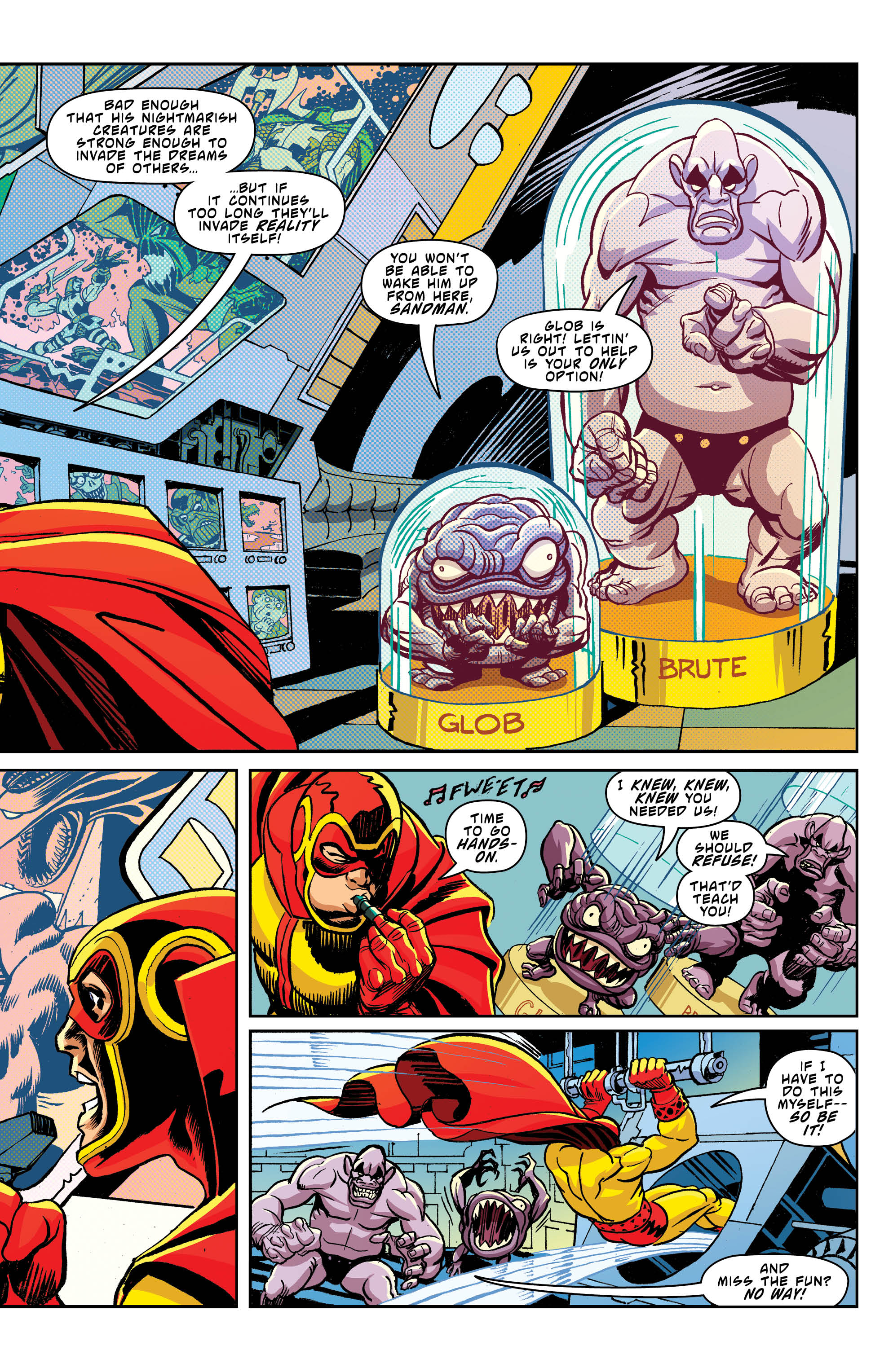 That said, the expository writing is counteracted by Glob and Brute’s quick wit, which is really on point. It’s really enjoyable to watch these two interact with the purehearted Sandman, who’s hesitant to let these nightmares out to cause mayhem.

One thing I will say about the issue is that it’s not particularly new reader-friendly. If you’ve not read some of the collected Sandman trades in the past (there’s a handy trade featuring some of Joe Simon and Jack Kirby’s early Sandman stories that might be particularly useful in catching you up), it’ll take a second to adjust to the crazy things happening in this issue. That said, the stories are easy to pick up a few pages in. Of course, if you’re a longtime Kirby fan, you should have no problem at all with the stories in this book. 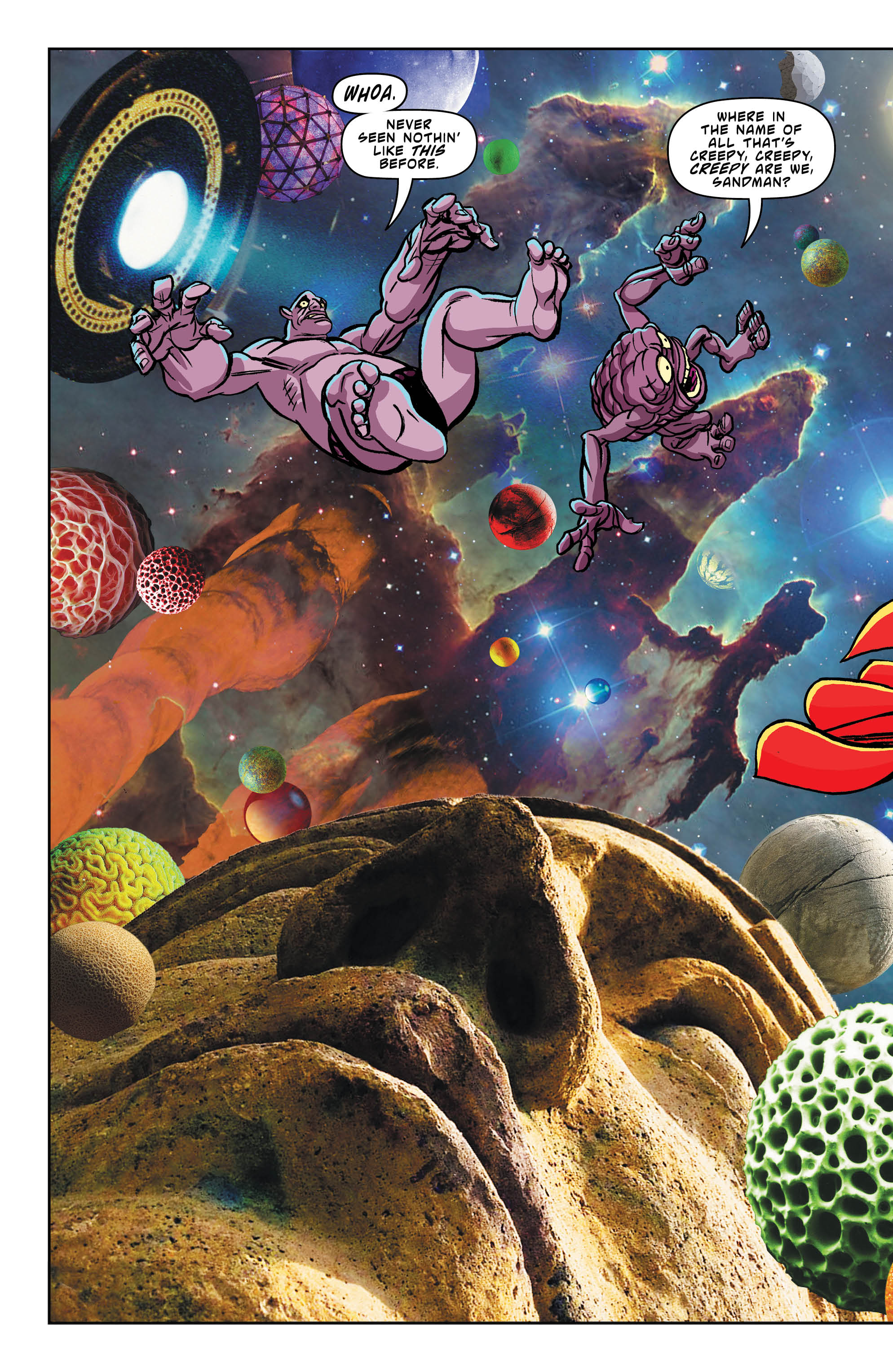 Bogdanove’s work on the art side of things is truly impressive. While not exactly Kirby panels, the artist does a great job emulating the legend’s signature line work, down to the blockier characters and monster designs. I couldn’t fault you if you mistakes a Bogdanove panel to one drawn by Kirby. Of course, the sharp-eyed fan will definitely be able to tell the difference.

The Sandman Special is a must-have for the Kirby fan and a good overview for new readers looking to get into the master’s work, especially as we approach what would have been a milestone birthday. With things like Thor: Ragnarok, which has a visual style very reminiscent of Kirby’s work, and Mister Miracle, which could be a character-defining work from Tom King and Mitch Gerads, it’s touching to see some of the artist’s other characters getting a bit more of the spotlight. And who knows, maybe this book will spark The Sandman’s own series down the line?