SAGA is one of the most ambitious books I've ever encountered. A science fiction epic that is sure to pull you in and refuse to let you go.

This is the first line of dialog that we are greeted with in Saga, and right off the bat I knew I was in for something unusual. I mean, it’s not every day you open up a comic book and see that as the first words. It sets the tone for the rest of the volume; it lets the reader know that, throughout the duration of this book, nothing is off limits. And it only gets crazier from there.

In Saga, written by Brian K. Vaughan and illustrated by Fiona Staples, the story follows Marko and Alana, a husband and wife duo from opposite sides of a deadly ongoing war. The book starts off with Alana giving birth to their child, who will soon become known as Hazel, and tells the tale of their ensuing fleet from their enemy – who seems to be just about everyone. It’s narrated throughout by Hazel herself, looking back on the early days of her birth.

In contrast to many (or most) space epics, Saga stays away from the forefront of any galactic battle and instead focuses on what’s going on in the details. Marko and Alana, at least for the time being in this first collection, aren’t key players in any Galaxy-collapsing battle. They are simply two lovers who should not be; two people from warring races who were never meant to be in love. They look different. They act different. Vaughan seems to go through great pains to show just how diverse this love affair is, and in doing so, is making a huge and lasting statement about love and its boundaries.This love story doesn’t end with Marko and Alana, either. All of the main players of this story, antagonists included, have some sort of relationship. Whether it’s a scorned ex-lover or a looming robot pregnancy, it can be found.

This love story doesn’t end with Marko and Alana, either. All of the main players of this story, antagonists included, have some sort of relationship. Whether it’s a scorned ex-lover or a looming robot pregnancy, it can be found. Sometimes extremely explicitly.

By the way, “explicit” is a key word here in Saga. It’s a book in which literally anything goes. How are you ever to know what to expect when you have scenes of characters organs being freed from their bodies followed by awkward sex pains and continued on with beaurocratic discussions mixed in with laser beams, swords, and rocket ships made out of trees. It’s a dizzying, fantastically-illustrated work of magic, sex, love, space, heroism, and more.

One would think that such a comic would simply be the ridiculous work of a humorist, but it’s certainly not. Though there are a lot of very funny sequences and bits of dialog, it never relents from giving you a compelling and addictive story. It’s not just craziness for the sake of being crazy. Vaughan has crafted a unique world unlike anything I have ever seen, and within it he has embedded a deep story of a man and a woman simply wanting to raise their child and break free from the violence of this destructive war.

Saga may just change the way you look at comics. Read it at your own peril; the cliffhanger at the end is a surefire way of getting any potential fan sucked in for the long haul. My only complaint would be that it took me so long to get around to reading it. 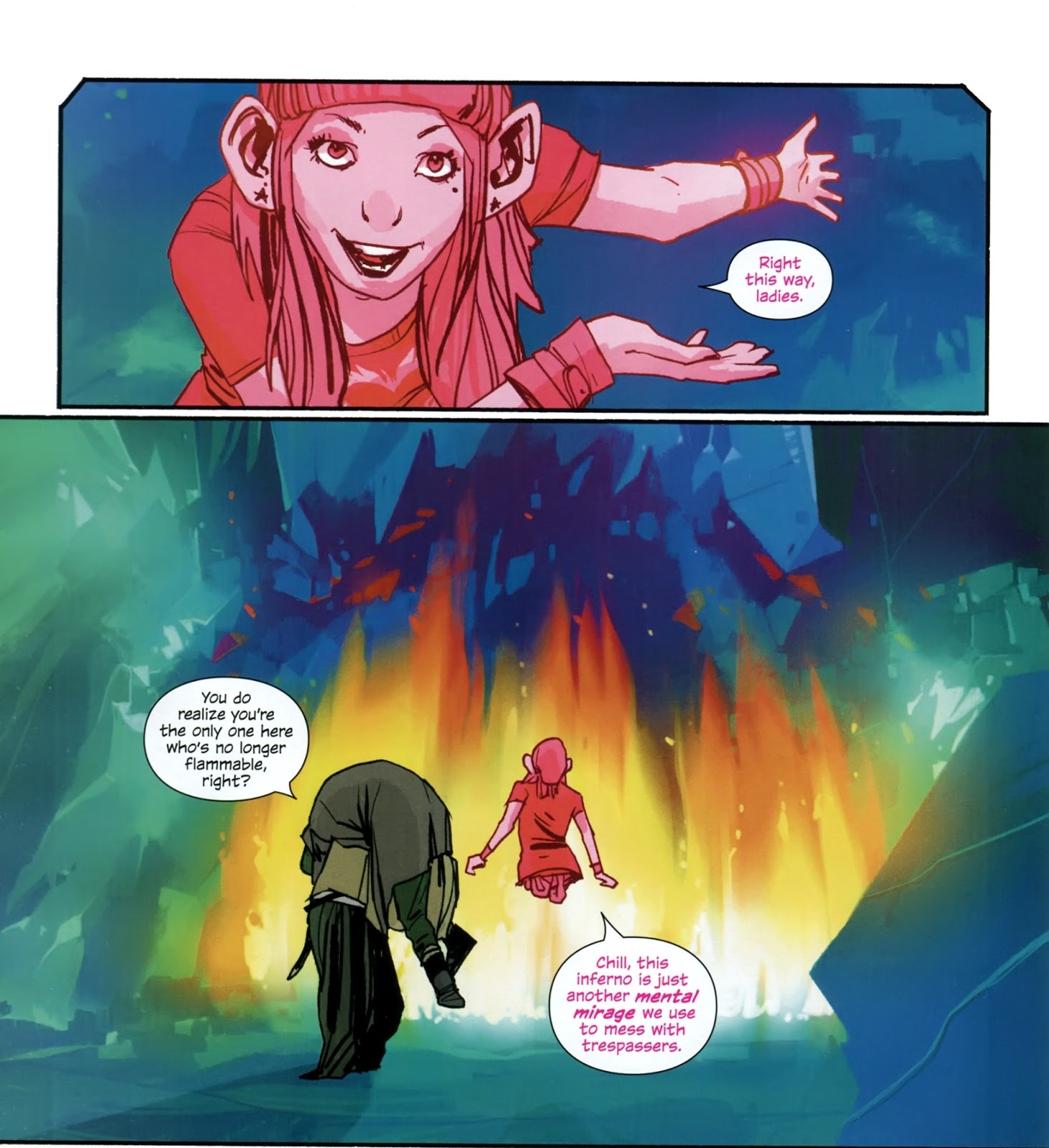