Joe Harris and Megan Hutchison are back for a new story arc in Rockstars #6, which is sure to be a treat for both new and returning fans. While...
by Paul Aloisio August 16, 2017

Joe Harris and Megan Hutchison are back for a new story arc in Rockstars #6, which is sure to be a treat for both new and returning fans. While the previous arc focused on the glory days of 1970’s era rock and roll, this new installment, subtitled Children of the Beast, turns up the volume to eleven and trades in Led Zeppelin for Judas Priest. Hold onto your seats metal heads. Things are about to get heavy. 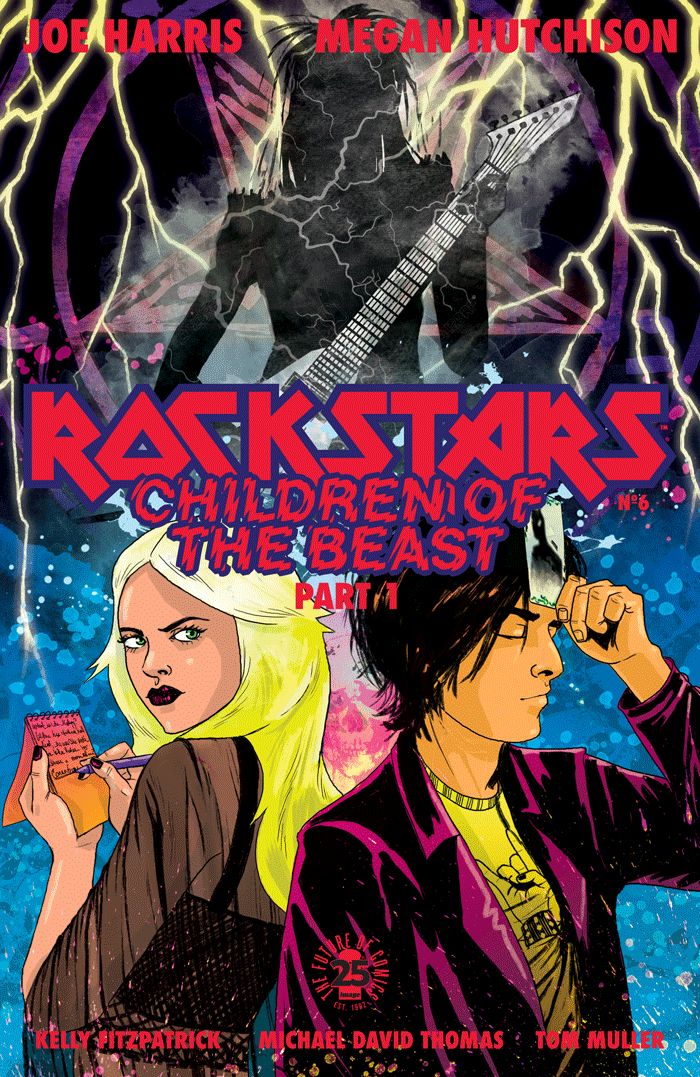 After the conclusion of the previous story arc (no spoilers here, don’t worry) investigators Jackie Mayer and Dorothy Buell, the rock equivalent of Scully and Mulder, uncover a dark connection between a riff monster from the ‘80s and new heavy metal sensation Dani Dangerous. While Rockstars #6 is very much shrouded in mystery throughout the debut issue of this second arc, the intrigue is just as strong as it was in the first issue of the series as a whole. We’ve been through the introductory phase of Mayer and Buell, and as the reader is now more familiar with the lore behind Harris’ guitar-fueled world, Rockstars is able to explore a deeper landscape of musicians, evil entities, and good old fashioned mystery solving. 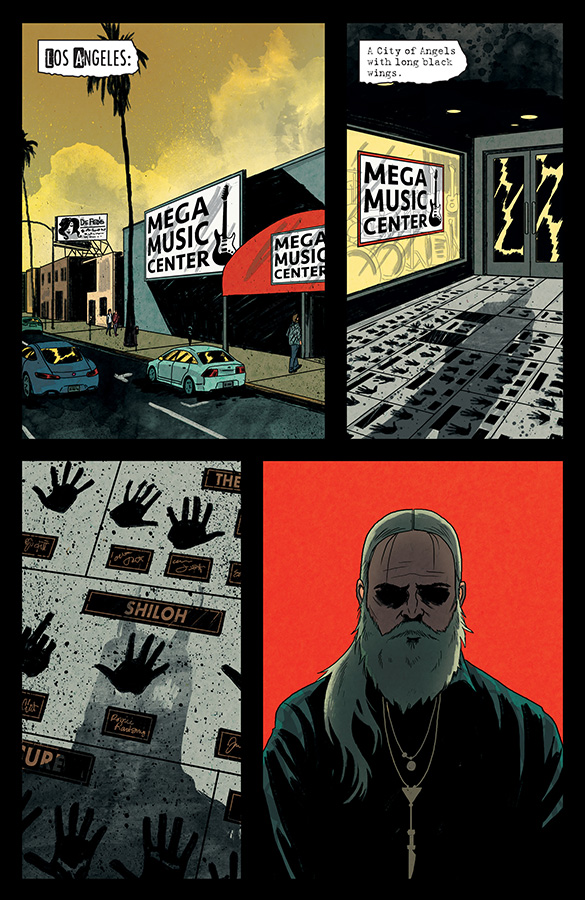 I gushed heavily over the occult influence of the Hendrix and Page inspired first arc, and after the storyline came to a close during Nativity in Blacklight, it seems only fitting that the music that the story is centered around should shift towards a heavier direction. Sure, the late 1960s and 1970s were filled with rock prowess that has been often imitated but never replicated, but the 1980s had a decadence of its own that bands are still trying their damndest to compete with. For further proof, one must only revisit The Decline of Western Civilization Part 2. It is highly admirable how Harris decided to go forward in musical time periods instead of remaining where the story started off. This progression seems natural, and further exploring themes of early rock and roll may become redundant over numerous arcs.

But Rockstars seems self-aware, and like many of the most respectable musicians, opts to experiment with new ideas and new stylistic flavorings as opposed to simply doing what is comfortable. This opens up a ton of possibilities. Though the second plot line has only just begun, I’m already daydreaming about what Harris can do to incorporate the grunge scene of the early 1990s or the resurgence of extreme heavy metal during the turn of the new millennium. As long as the writing stays sharp and the dialog remains clever, I will be sticking around without a doubt during whatever musical direction Harris chooses to steer his fabulous mystery series in.

Hutchison and Harris make a perfect pair – a match made in heavy metal hell, if you would. Her distinct style helps Harris’ story to stand out as a unique combination of intrigue and rock music. I can’t praise Rockstars #6 enough, and once again feel the need to restrain myself from drooling and turning into an excited, blubbering mess. Keep your wits sharp and your horns held high, my fellow metal maniacs. Something wicked is brewing and I can’t wait to watch it all play out. 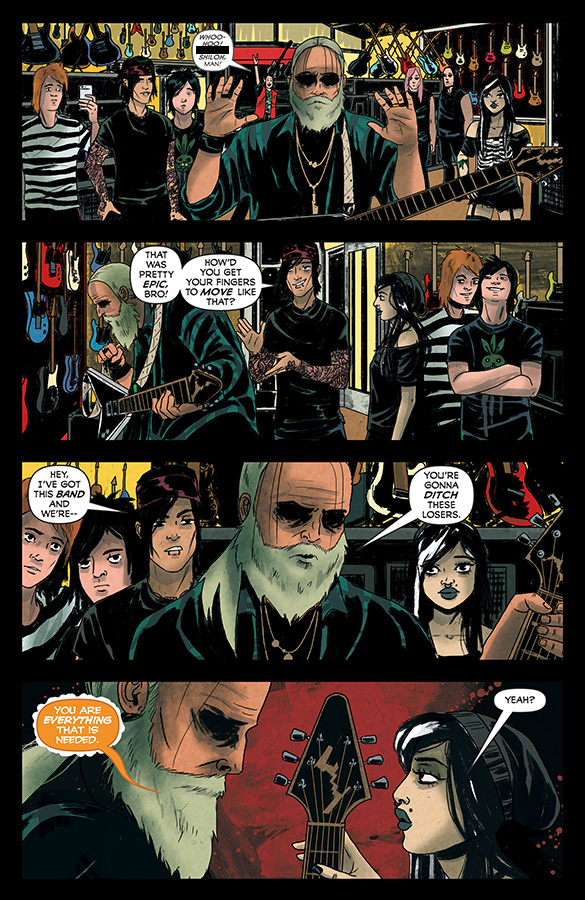 Rockstars #6: Children of the Beast 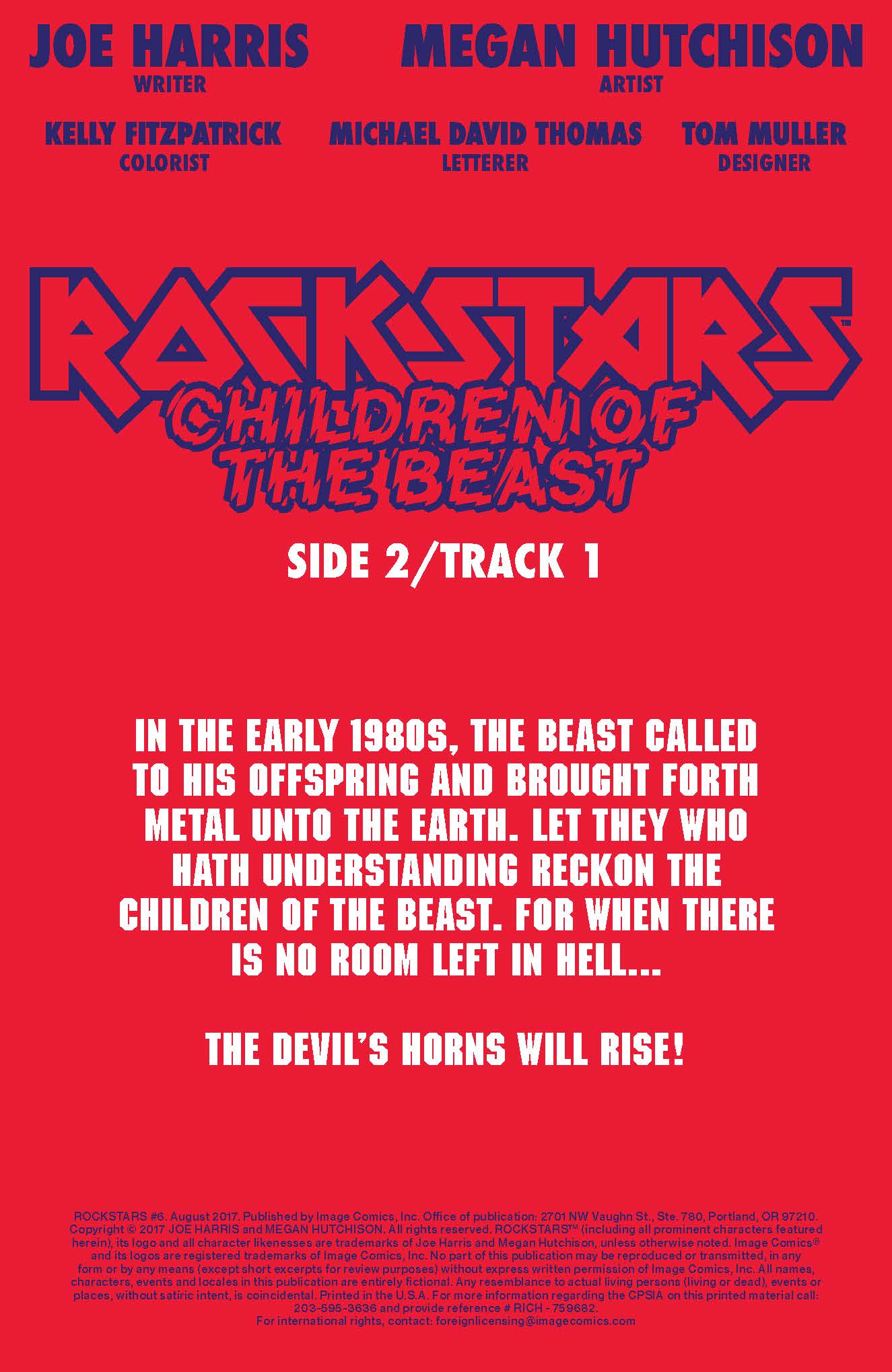