Robin Hobb has been publishing excellent fantasy books since the early 80s, but it was the publication of Assassin’s Apprentice in 1995 that put her on the map. I...
by Jake Hill June 27, 2017

Robin Hobb has been publishing excellent fantasy books since the early 80s, but it was the publication of Assassin’s Apprentice in 1995 that put her on the map. I was first drawn to her books in middle school by their brightly illustrated colors. Assassin’s Apprentice kicked off a huge, largely grounded series of epic fantasy books, and with the publication of Assassin’s Fate about a month ago, the story has been largely concluded. So what’s the deal with the Realm of the Elderlings, a series that Game of Thrones writer George R.R. Martin called “diamonds in a sea of zircons” anyway? 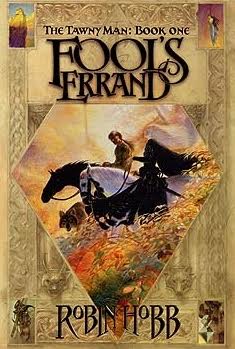 The first trilogy of books follows FitzChivalry Farseer, a bastard prince, and our main character for the series. What’s cool is the way that Fitz totally fulfills a ton of fantasy cliches, while also turning them on their ear. Fitz’s dad is the prince, and the heir to the throne, but he dies before Fitz can ever meet him. Instead of being raised in the court, Fitz is put into an attic with the old royal assassin Chade Fallstar, who trains him to be his replacement.

The story is in the first person, and Fitz is one of those very competent fantasy protagonists that has sort of fallen out of fashion. He’s good at his trade as an assassin, but he’s also a competent scribe, warrior, and diplomat. As a prince, he has command of the Skill, the magic of the royal family, but as a bastard he also has the Wit, a mistrusted sort of witchcraft that allows him to bond with animals. On the surface, it feels like he’s good at everything.

He’s not though. Fitz, to say the least, messes up, and hardly ever is recognized for his heroism. Hobb was writing dark, grounded fantasy years before the genre really took off, and these early books are filled with weirdness of a genre not yet determined.

The first trilogy follows Fitz, his uncle Prince Verity, and a court jester only called the Fool, as they navigate courtly intrigue and mysterious ships that turn the citizens of the coastal cities into zombies. Fitz is an impetuous teen, and while he does his best, makes all the mistakes of a teenager with too much responsibility. 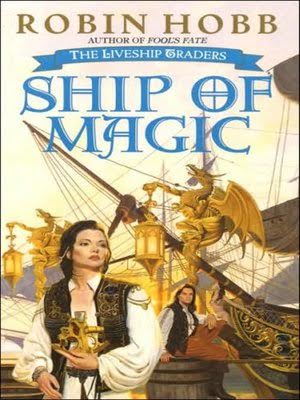 The second set of books abandons Fitz and his story almost completely and heads south to follow the Liveship Traders. The liveships are one of the best ideas in the entire series, magical ships that with living figureheads that can sail faster and heal themselves when damaged. The story follows a few families of traders, as well as an ambitious pirate, who all want to control these ships, and thus the region.

The only character to come over from the Farseer is Amber, a woodcarver. She looks different, has a different name, and a different gender, but it is clear to the reader that this is the Fool, Fitz’s best friend and companion from his earlier adventures. The Fool has a mysterious agenda, and it is in this set of books that it becomes clear that he (or she?) has goals beyond the fate of a single kingdom.

The third trilogy was originally the final word in the series. The story returns to Fitz’s perspective, now a man in his early 30s, living in forgotten in exile. He didn’t get the girl, no one honors his deeds, and all of his friends think he’s dead. Fitz is ready to accept his lonely life, until he is approached by Lord Golden, formally Amber, and before that the Fool, who wants to bring him out of exile and back into the intrigues of the court.

Although we get the story from Fitz’s perspective once again, this is really the Fool’s story, and we learn more about where he came from, and what he’s been trying to do these last six books. We also follow up on the strange zombie ships, and learn more about who sent them and why, as Fitz and the Fool head to the Viking-like OutIslands to face what they think is their final destiny. 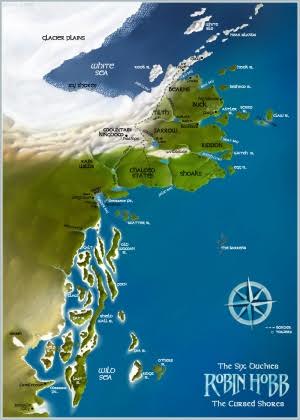 The next four books again headed south, this time to the mouth of the magical Rain Wild River, where the liveships are built. While there are a few characters from that trilogy of books who return, it is mostly a new story about an ancient city where dragons are once again being hatched.

Magic has been in the background of the story this entire time, a mysterious and misunderstood force. In these books, we learn about the ancient Elderlings, humans touched by dragons who built crazy Magitech, and then vanished from the world. The cities of the Rain Wilds are the weirdest we’ve seen yet in the series, and the people who live there have the weirdest problems.

Fitz and the Fool 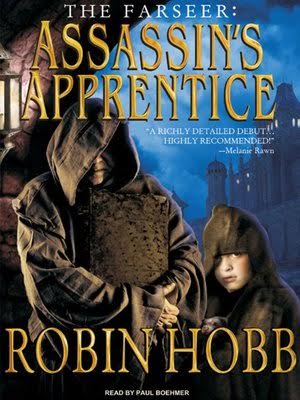 Fitz is now in his early 60s and living a more comfortable life as a minor noble. He has a family and a household to look after. The first book in this trilogy is almost entirely a domestic slice-of-life story, albeit following the lives of characters in a world of magic and dragons. But then the aged Fool returns to Fitz’s life once again and all hell breaks loose.

in the series, and must work together (or against) pretty much all the characters from the entire series. Everything comes together, from the liveships, to the dragons, to the mysterious island the Fool was raised on, in one final quest.

In case you haven’t read the preceding dozen books, the final volume, Assassin’s Fate, is supremely satisfying. It’s hard to land any ending, and one that’s been spiraling into a bigger and bigger stories for decades is even harder to conclude. The story isn’t fast paced (until things come to a head), but I got a unique pleasure in revisiting characters I hadn’t seen in years, and checking in with their families. The Liveship traders and the Rain Wild folk finally get to meet series mainstays, and I was surprised how invested I got in new characters like FitzVigilant, the ever loyal Perseverance and new assassin-in-training Spark.

The series was also ahead of the times in terms of how it looks at gender and sexuality. The Fool does not think of gender as most of us do, and though he mostly presents as male, there are books where he (she) takes on a female identity. A lot of the ideas from the 90s feel strange now that we live in a culture where transgendered people fight for their rights to use the bathroom, but Hobb’s ideas hold up surprisingly well. She spends more time asking questions than providing answers, but she provoked in me some critical self reflection at a formative age.

I often muse that the same fantasy stuff that got me bullied as a kid is now in the cultural mainstream (Game of Thrones, superhero comics). I can’t argue that Hobb’s huge series is similar to those works- it’s far stranger, and filled with more magic and mystery- but I can promise that it’s at least as good. For the fantasy fan looking to get lost in a world, and desperately devoted to characters, you’ve got some reading to do. The best part is, Realm of the Elderlings is a sprawling fantasy series with a solid conclusion.