"You have died of dysentery"
by Richard Lynch September 13, 2016

On the Road Again? 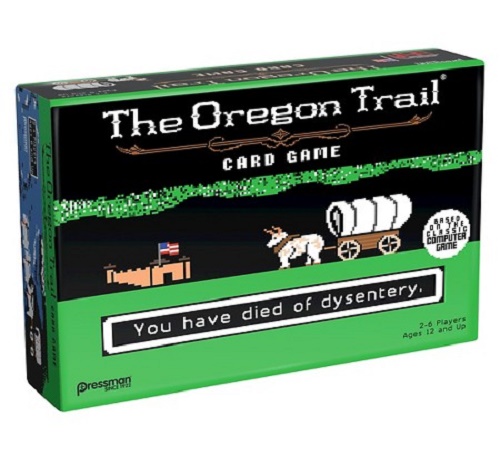 Not too long ago Target released an exclusive $13 card game based on the PC classic the Oregon Trail. A cooperative game about resource management, this game feels like a near perfect recreation of the experience many people had playing the original computer games. But is this a good thing? 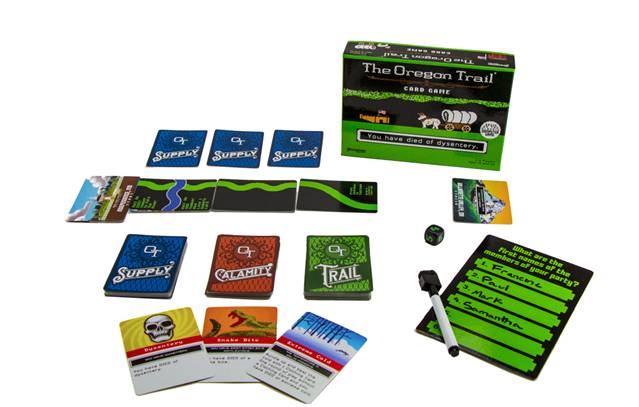 If you’re anything like me, most of your experience with the Oregon Trail computer games was on random computers in elementary school. It’s loosely educational subject matter made it acceptable to play in computer labs and all most people probably learned from playing it was that getting to Oregon was tough. Random death and disease were all represented through text prompts and ambiguous images. Making it to the end of the trail with any members of your wagon party alive was a rare feat. All this is to say that the Oregon Trail was a cruel, cruel game but everyone played it.

Now in video game format, the random death and luck based gameplay you would expect in an Oregon Trail game works fine, but when reapplied to a team based multiplayer game it feels tedious. In the card game three decks of card are used; a trail deck which tells players if anything has gone wrong there are also rivers to cross and the occasional rare town to resupply at, supply cards that are used to fix problems as they come up, and calamity cards which tell players what has gone wrong. Calamities vary from fixable problems like a broken axel to instant death cards that such as a card that informs you that you have died of dysentery.

Fixable problems make the game tense as players must work together to spend supplies managing their wagon while watching supplies inevitably dwindle, often if card aren’t repaired fast enough the entire team will lose. However, instant death card makes the game nearly unplayable. As soon one of these cards is drawn the player who drew it is killed, there’s no way to counteract this which presents a serious design flaw. In smaller games, it is entirely possible that the first few calamities will wipe out the entire group which is what sometimes happens in the computer game but in a physical play space, it makes the effort of setting up feel cheap and pointless. Furthermore, if one player dies early on in the game, they are essentially forced to sit and watch while the other players continue. Instant death cards make the game feel unfair and in my opinion unfun. 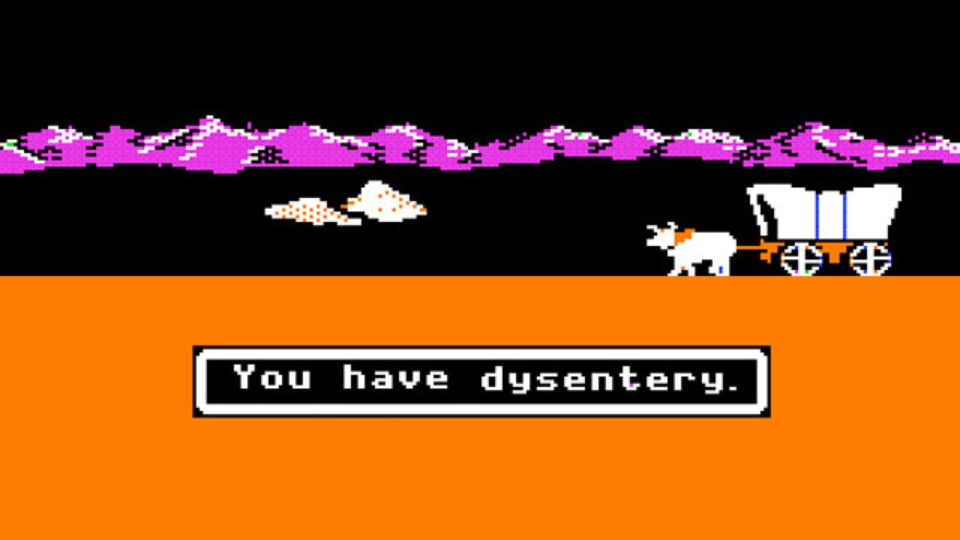 Back to my original point, The Oregon Trail: The Card Game is a near-perfect realization of the classic computer games, and it suffers because of this. The desire to adapt video games into physical mediums has become increasingly common in recent years. Some adaptations like the excellent X-com board game understand the ideas that make the games they are based on unique and play to those strengths. This should not always mean recreating the most tedious elements of the game, especially in a multiplayer setting. The Oregon Trail: The Card Game is a game I really want to like but have trouble recommending to anybody. Hopefully, future video game adaptations will learn from its mistakes.