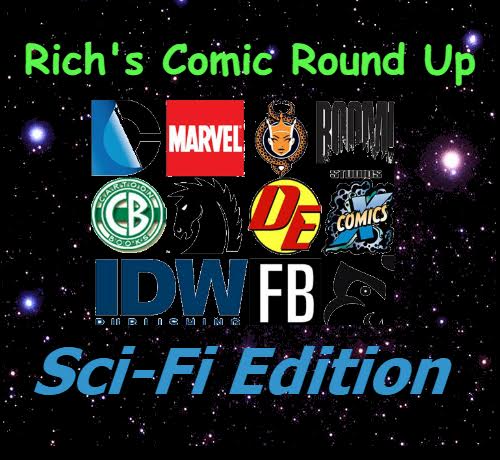 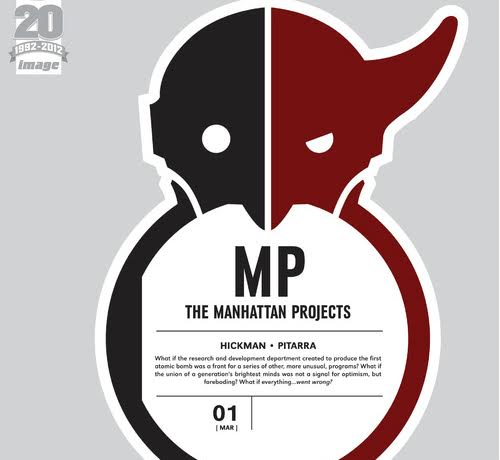 Imagine an alternate history of the world where the brilliant minds behind the infamous “Manhattan Project” continued working together to theorize and build even more dangerous and unusual projects than atomic bombs. This alternate history is the idea behind Hickman and Pitara’s The Manhattan Projects. Hence, the clever “s” at the end of their clever title for the series.

Nickman and Pitara reimagine a universe where the greatest minds of this era continued working together and developing new and impossible technology that defy all the laws of physics. Einstein, Oppenheimer, Enrico Fermi, Richard Feynman and Wernher von Braun are just a few of the names that Hickman and Pitara took liberties in reinventing some of our history’s most infamous scientists, politicians and other prominent figures of the era. 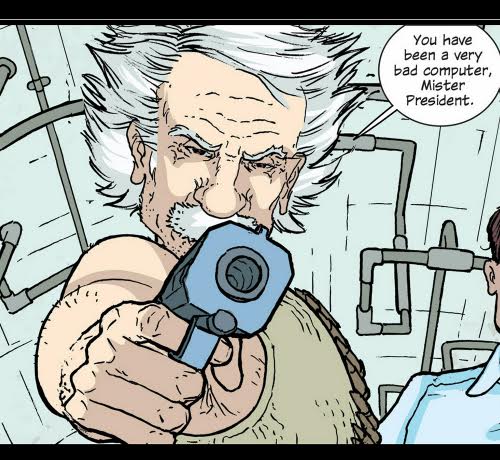 The personalities they concoct for each of these historical figures are mysterious, intriguing and dangerous. I have certainly never imagined Albert Einstein in this manner, but this is part of what makes The Manhattan Projects so addicting. 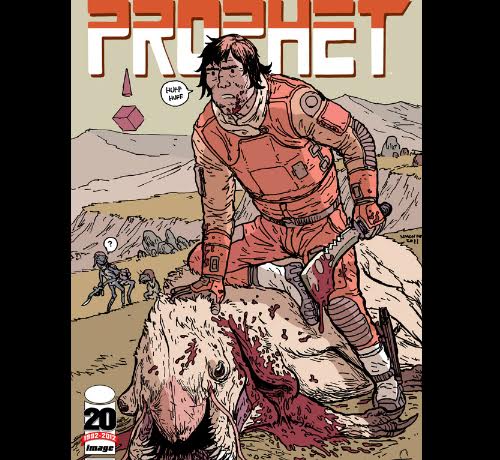 John Prophet is a long-standing and iconic character from Image Comics. The Prophet franchise as seen various short stories in compilations as well as a few short series in 1993 and 1995. I have no read those and am strictly referring to the 2012 re-release of the Prophet character that breathed a new and modern life into the mystery that is John Prophet.

The 2012 Prophet series begins at issue 21, which is a direct continuation of the original Prophet books, but you do not need to read the earlier releases to understand or appreciate the newest iteration of Prophet. In fact, the mysterious background of who John Prophet was added intrigue and much interest for me as I read this series, not to mention the fact that I was totally ignorant of the earlier versions.

If you are curious, I will provide a quick rundown of the previous books regarding the man that John Prophet was before he became an interplanetary explorer. Originally, John was just an ordinary man living in World-War II America. Much like the famed Captain America, he volunteered to partake in an experimental super-soldier program.  John Prophet was, very likely, Image Comics answer to Marvel’s Captain America. Apparently, this version of John Prophet did not rival the popularity of the Captain and faded into ignominy. After becoming a super-solider Prophet was used by multiple villains to commit war crimes and do their dirty deeds. Ultimately, Prophet was discovered by the Young Blood team, and was slowly transformed by Image into a more classic hero archetype.

The 2012 version takes place roughly 10,000 years into the future, so there is no reason at all to read the earlier Prophet stories, as this Prophet is literally and figuratively as far flung from them as he can be. Now in a time where space travel is commonplace, technology is overwhelming, the super-solider John Prophet still lives. However, he is now no longer under the control of anyone. All bets are off as the 10,000-year-old Prophet is finally under his own command and careening through the depths of space seeking adventure and a place he can call home. 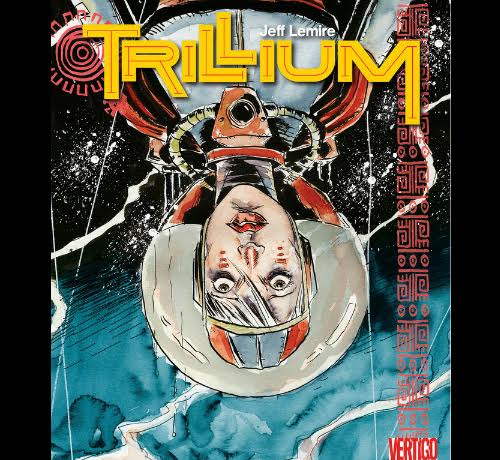 Trillium is the first step into the realm of hard sci-fi by the increasingly famous comic writer/creator/artist Jeff Lemire. After his smash hit Sweet Tooth and a very successful run on the Animal Man reboot, Lemire is on fire. Lemire is now writing multitudes of different, excellent books, some creator owned, others not. Trillium is an example of one of his original, creator-owned ventures that were published by Vertigo.

Much like Sweet Tooth and many of Lemire’s other independent projects, Trillium is utterly unique. Trillium tells a love story that transcends time and space between a female research scientist on a remote space station in the year 3797 and the world renowned English explorer William Pike in the year 1921.

The lover’s ability to communicate through time and space threatens the very fabric of the universe! How will they find a place together when separated by thousands of years? 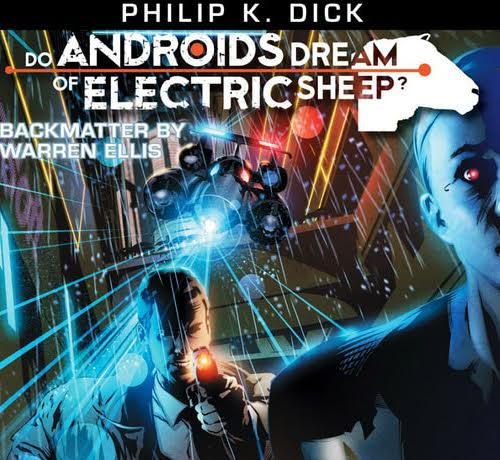 Because one cannot improve upon Philip K. Dick, Roberson and the publishers at Boom!, wisely decided to make an adapted version of Dick’s well known Do Androids Dream of Electric Sheep? And they did a most excellent job. Relying on the exact text and dialogue from the novel to drive their narration and characters, they built a beautiful and very fully realized version of the dystopian “robo-future” Dick concocted in his epic tale. And, unlike many of the adapted versions of Dick’s works in every medium, this does the original book complete and total justice. 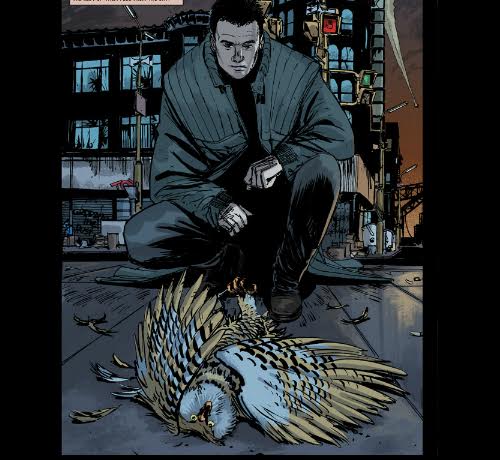 I will not go into much detail regarding the story, as it is sacrosanct to me and everyone should be allowed to enjoy the richness of Dick’s tale fully without knowing much about it. If you have never read the original Do Androids Dream of Electric Sheep?, you certainly ought to.

However, if you find a graphic novel iteration a little more palatable than just plain text, you can rely on this book to give you a full and accurate retelling of the novel. This was as enjoyable to read for me as the book itself and the art and design of the characters and locations in it were amazingly close to how I imagined the book when reading it for the first time. Definitely highly, recommend for hardcore Philip K. Dick fans as well as initiates.