The Sixth Gun is a western written like an epic fantasy. Most of the characters are human but spending time around six guns has left them altered. Like Bilbo...
by Rachel Bellwoar June 28, 2017 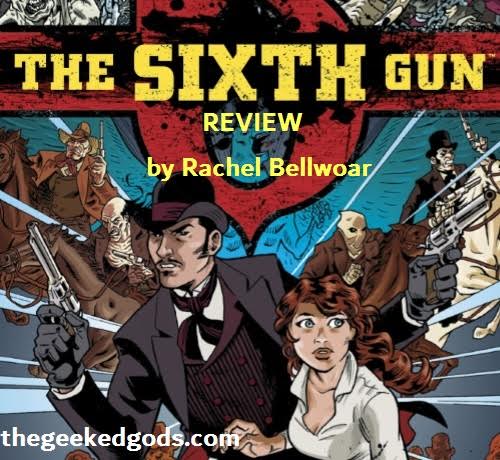 The Sixth Gun is a western written like an epic fantasy. Most of the characters are human but spending time around six guns has left them altered. Like Bilbo passing the One Ring over to Frodo, Becky doesn’t realize what she’s signing up for when she picks up her stepfather’s pistol. Worse, the gun’s previous owner, General Hume, has come back to life. Now with a vengeance to recover his prized weapon, Becky is trying to stay alive with a new ally, Drake Sinclair, who might be untrustworthy. 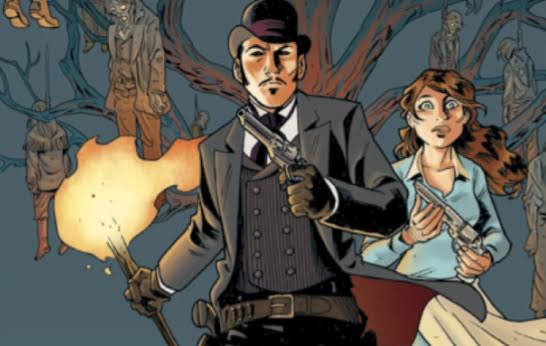 You can see how Lord of the Rings was an inspiration for the writer, Cullen Bunn, but Bunn’s story is unique and stands out on its own.
Writing for a western, instead of fantasy, automatically requires different genre conditions. Tolkien’s influence is there, but you’re dealing with characters who are much more vulnerable because of their dependency on guns for power, a topic that hasn’t become less relevant in the seven years since Sixth Gun came out.

It’s why, besides being mesmerizing to look at, artist, Brian Hurtt’s, character designs add immensely to the story. Both Bunn and Hartt are known for horror comics (their previous collaboration for Oni Press, The Damned, is in the middle of a new season), and Hume’s goon squad are in deference to that background. Every detail of their appearance circles back to the particular gun in their possession, and more importantly sells the power of these pistols over the people who wield them. It’s the guns that have left their owners looking physically deteriorated, and Bunn gives readers a lot to think about in considering whether their sacrifice was worth it and whether they should feel secure in their dominance. 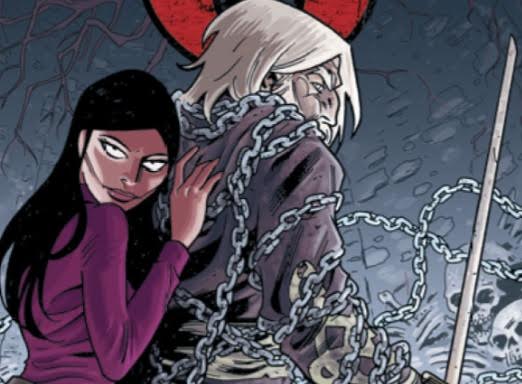 General Hume is pure evil but has qualities that make him admirable as a leader. One might think Hume’s active presence in the story would undercut his terribleness, like seeing the monster in a scary movie, but Hurtt’s dramatic venues and colorful sunsets keep the energy level high. There’s no speechifying in The Sixth Gun, either. If a villain’s plan fails, it’s not because he spent too much time talking, and gave the heroes a chance to muck it up. Everyone acts quickly, leading to less predictable outcomes.

Sixth Gun‘s greatest boon is its villains, but heroes, Becky and Sinclair, aren’t chumps. Becky didn’t choose the hero’s journey but fell into it, trapped. It’s a special hero who finds the strength to continue on a life course she didn’t choose. As for Sinclair, it’s not definitive which side he’s on, but that unclearness carries over into his look. At first Sinclair’s resemblance to other characters was frustrating, with much staring at hats and mustaches to confirm it was him, but then a reason’s provided and adds to Sinclair’s story. Becky and Sinclair getting guns could help even out the playing field but are the guns an advantage? 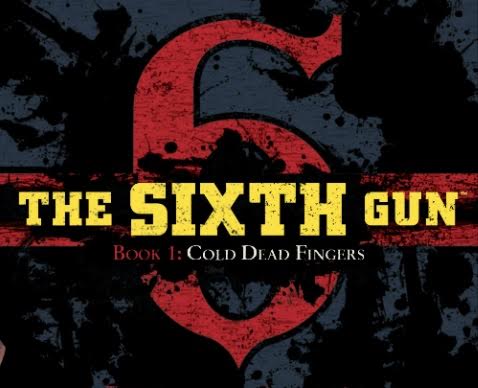 Re-published this month as part of Oni Press’ Square One program, which makes first issues and volumes of ongoing series affordable, The Sixth Gun is nine volumes total. If you’re looking for a comic to dive into this summer, that has the scale of high fantasy but the grit of the Old West, Sixth Gun‘s an exhilarating pick.

Illustrated and Lettered by Brian Hurtt

Absolution Effect Issue 1-A Demon hunting we will go