In Image Comics’ The Hunt, when Orla was a little girl she walked in on her father’s soul being taken by the Sluagh. Creatures from Irish mythology, these tarry, vine-covered...
by Rachel Bellwoar April 27, 2017 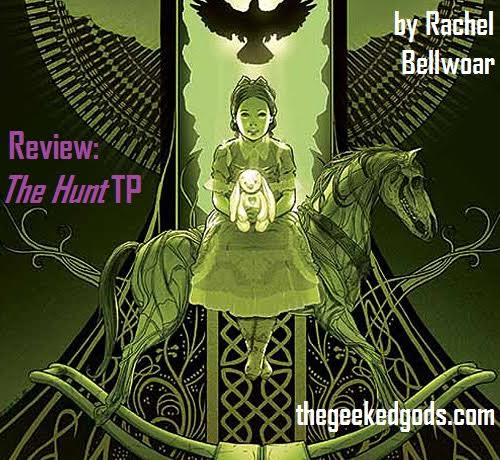 In Image Comics’ The Hunt, when Orla was a little girl she walked in on her father’s soul being taken by the Sluagh. Creatures from Irish mythology, these tarry, vine-covered wraiths continue to taunt her years later when her father’s cause of death is ruled cancer. Orla can’t un-see what she saw, and she can’t stop listening to the Sluagh while they possess her dad’s soul. Her granny advises blocking them out. She’s one of the few people who know they exist and her advice comes to have an unfortunate appliance to schoolyard bullies.

Technology can sometimes be obtrusive but writer and artist, Colin Lorimer, does an excellent job of incorporating cell phones and Facebook feeds sparingly. When unpleasant it’s because of how they’re used, not because they’re used, and the dialogue’s Irish brogue plays like music to the ears. Close-ups on eyes elevate the horror of Orla having to deal with cyberbullying at the same time Sluagh are walking around with human faces (their whispered font by letterer, Jim Campbell, identifies them when nothing else will). A theme of impaired vision builds, with humans not seeing the Sluagh for what they are, Granny having one working eye, and a Sluagh’s glasses being cracked. In turn, lighting becomes important, and colorist, Joana Lafuente, has a high affinity for bringing darkness to a scene without needing to squint to see what’s happening. 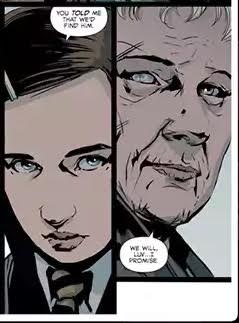 Lorimer doesn’t require much to make his characters resonate. Orla’s boyfriend, Damien, could be someone she’s seeing casually or dated for months. The seriousness of their relationship never registers. What he is around for is the unromantic stuff that usually marks the real deal. They have separate conversations at a party, but he’s right behind her when she runs out sick. You never see them kiss, but he’s available to watch her little brother. Lorimer puts weight in actions, over professions of love, and you get better characters as a result.

The same goes for Orla’s friend, Sarah. For what little time is delved into their friendship, the impression she makes is indelible. She’s not a pal to tote out when Orla needs someone to talk to for a few scenes at school. Lorimer makes these moments count, so when Sarah says, “…maybe it would help if you stopped drawing literally everything you see…” the takeaway isn’t ‘that wasn’t understanding’ but ‘Sarah said “everything you see,” not imagine. She believes Orla’s telling the truth.’ Without having to declare anything, Lorimer makes their bond clear through regular conversation.

What are noticeably missing in The Hunt are conversations that require sitting down. Orla keeps promising she’ll explain later, but those promises rack up. By the end of the volume, there isn’t a character she doesn’t owe a long chat. There’s also no big moment where everyone crosses paths. The cops don’t get to talk to Orla and, while the ending doesn’t seem withholding of information, it doesn’t wrap everything up for a good deal of closure. The slower pace is worth it but means scenes are never gotten to. You don’t interrupt saving your father’s soul to go back to the very beginning, but The Hunt could’ve been a few issues longer without any complaints.