Nowadays, we don’t have a dearth of potential dystopias our society could collapse into. Whether they’re based in fantasy, robot apocalypse, or any future where teens are pitted against...
by Alexandra Wilson January 18, 2017

Nowadays, we don’t have a dearth of potential dystopias our society could collapse into. Whether they’re based in fantasy, robot apocalypse, or any future where teens are pitted against each other in a fight to the death – it stands to reason that we know how the story ends. 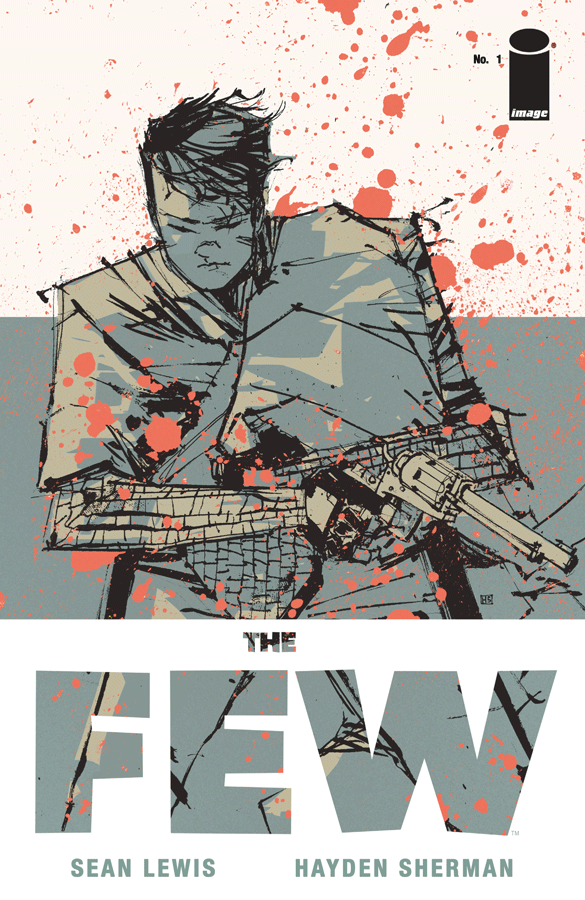 That’s not the case in The Few – you clearly do not know how this story is going to end. Though the dialogue is minimal and the colors are few, the first issue of Image Comics’ new maxi-series The Few grabs you right from the get-go.  We meet Hale, a woman on the run from barbed-wire wielding pursuers, and we meet our two other protagonists – a pair of brothers – through her eyes. It’s through her experiences that we piece together what has happened to what was formerly known as the United States of America.

The Few is more about what you don’t know than what you do know.   There are many open-ended questions, and even the exposition meant to answer them just leaves more questions.  Still, the world of The Few is constructed bit-by-bit. We get a sense of the Mad Max-political strata, of the violence of the world, and a clear sense of how few “good men” are left.  Adding to the complications of what makes a good man nowadays is the ending – it’s not a jaw-dropping twist, but it makes you want to read the next issue. Unfortunately, the pacing of the story is so that there’s no need to buy the next issue right away. You’ll get there when you get there, just like Hale, and that’s okay. 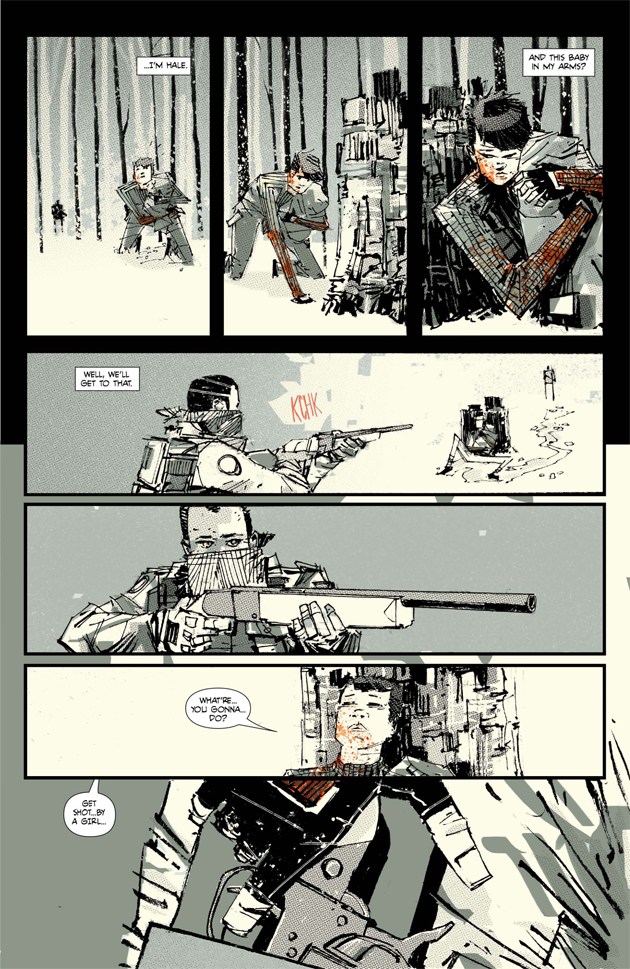 The jagged-edged black and white artwork is very different than what Image offers in a lot of their other books (ex: The Wicked and the Divine, Saga, etc.), but it’s right in line with Hayden Sherman’s other work. Aside from the credits, it’s clear that Sherman shoulders much of the responsibility of the story – this is a visual book, and it would be a completely different experience with a different artist.  The jagged black-and-white style needs your attention. You can’t skim through it (nor should you) – if you don’t take the time to process each image exactly how it’s portrayed, you’ll miss something. 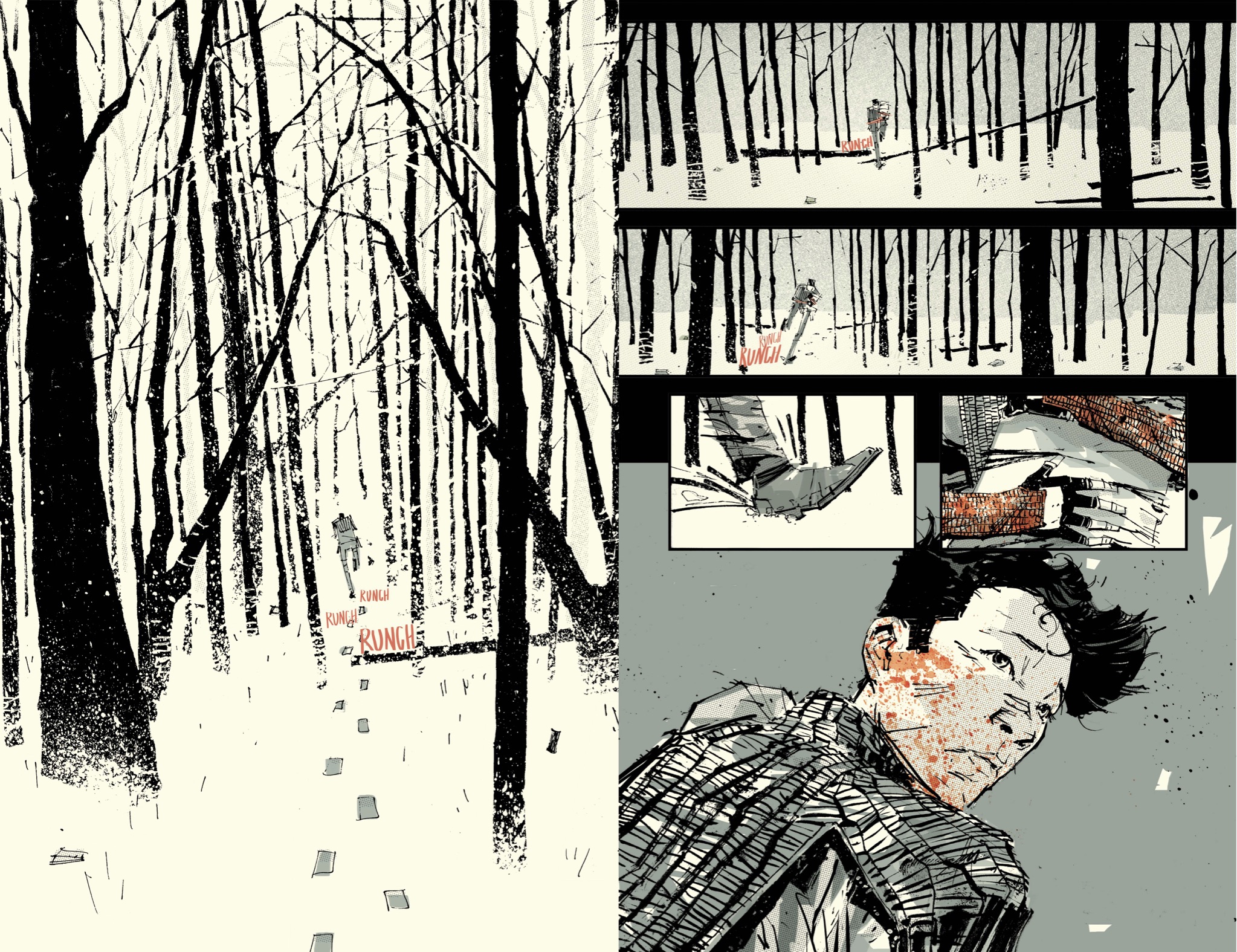 The Few has a lot of interesting components and is full of potential.  By the end of the first issue, you’ll be most curious about the world – but it’s possible that won’t be the focus of The Few at all.  So far, we’ve seen a small, intimate viewpoint of who these characters are – not how they shape the world around them. This is clearly not a superhero book and there are clearly no heroes, but the question remains if this story will be an epic without them. 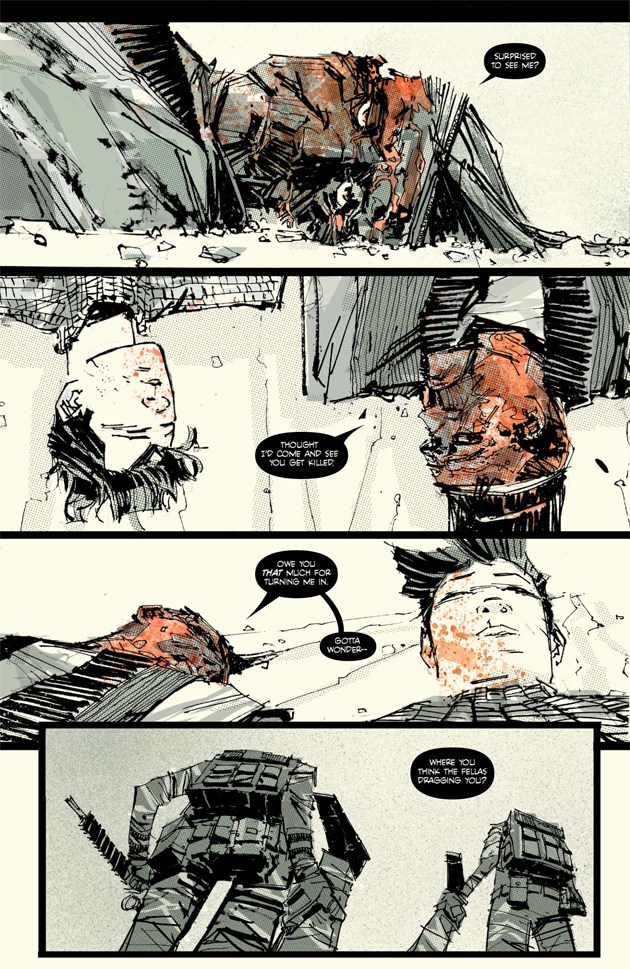 The Few presents an interesting premise, but it remains to be seen if the series will present a satisfying story in line with its first issue.

Also Check out our interview with Sean Lewis here http://www.thegeekedgods.com/geeked-gods-interviews-sean-c-lewis/