Sunday at New York Comic Con is always an amazing and chaotic experience but 2016 was exceptional. Our day started out on a gray, rain-soaked queue that stretched from...
by James O'Donnell October 17, 2016

Sunday at New York Comic Con is always an amazing and chaotic experience but 2016 was exceptional. Our day started out on a gray, rain-soaked queue that stretched from the entrance of the Javits Center on 39th street all the way down 11th avenue to 35th. As the line lurched forward we were treated to the sights and sounds of the South Park 20 exhibit, which was located just inside the gate. 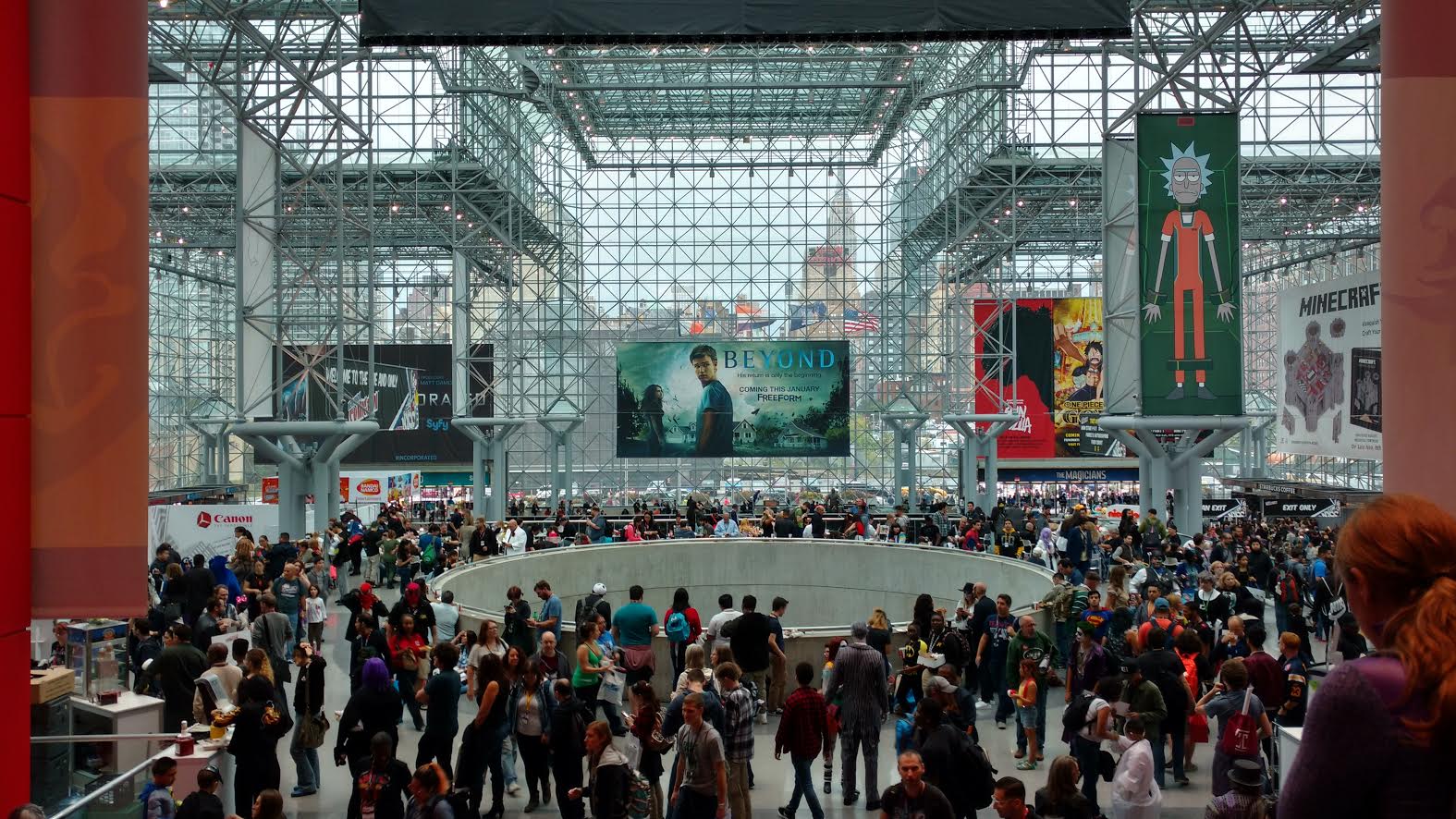 After we scanned in and went through the security checkpoint we decided to brave the bitter rain to check out the Ash vs. Evil Dead display. Located just outside the entrance of the convention center, the replica of the infamous cabin from the Evil Dead series, the exhibit featured free foam chainsaw giveaways, Ash for President buttons and a walkthrough of the deadite-infested house. As annoying as the rain was, it really added to the ‘dead by dawn’ aesthetic of the franchise and my soaking wet sweatshirt and runny nose were a small price to pay to see the exhibit. 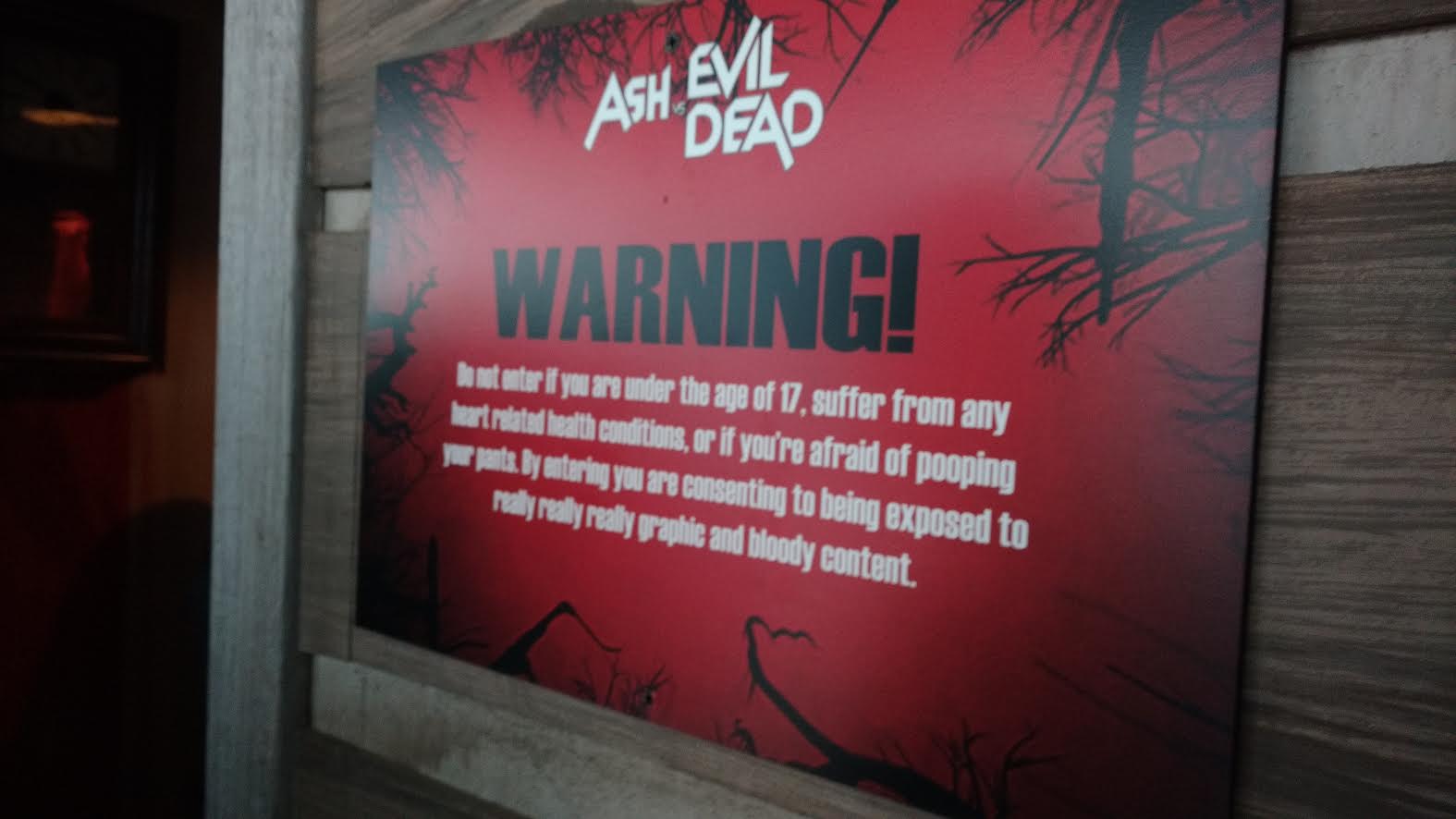 After surviving our trip to the cabin in the woods we finally (and thankfully) entered the warming glow of Comic Con. While most attendees scrambled toward the main floor we diverted over to Artists Alley to get a early crack at some of the greatest talent in the comic book world. Among the awesome people we got to talk to were: Charles Soule, Mark Morales, Yanick Paquette (whom I bought a Swamp Thing print from) and several others. After a certain point, the Alley became overrun with fans and we had to abandon our mission to speak with every artist available.

We made our way over to the signing area and were delivered a harsh lesson in Comic Con attendance: Queue up early for the big names of you’re not going to get an autograph. No Carrie Fisher: Sold out. Stan Lee: should have gotten in line yesterday. But the silver lining to this crushing disappointment was getting to meet my girlfriend’s childhood hero Ralph Macchio. Ralph was one of the most down to Earth celebrities I’ve ever met. I immediately knew I could get along with him when he took a look at me (wearing my New York Rangers cap) and began chanting, “Let’s go Islanders.” True NHL fans are a rare breed and in a environment like NYCC it was nice to be able to talk shop for a minute with the dude who once out dueled Steve Vai in a guitar contest for Joe Seneca’s soul.

This year’s vendor floor was absolutely amazing. We got to experience Rick and Morty virtual reality games, a heavy metal t-shirt company and enjoying a delicious Brooklyn Defender IPA in the upstairs commissary. For me, the greatest part of the whole day was hunting through the comic vendors and finally completing a particular collection of Detective Comics that I’ve been putting together for the better part of the last 4 years (Strange Apparitions by Steve Englehart and Marshall Rodgers). 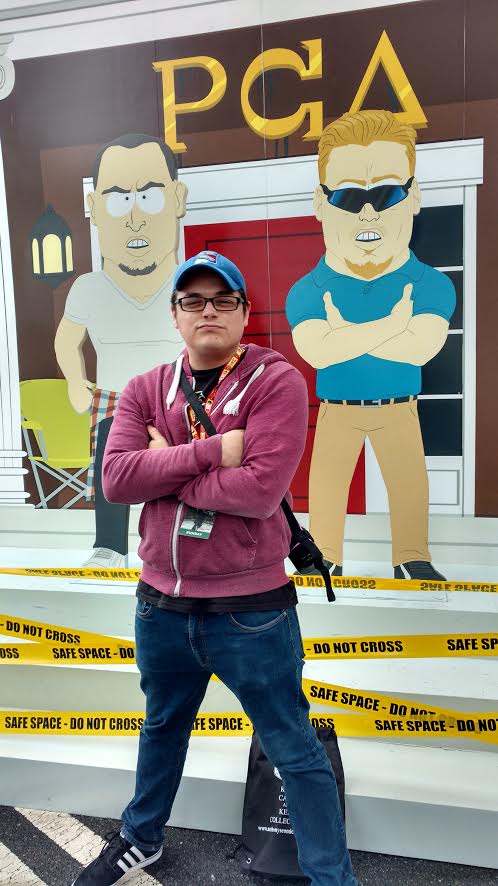 We ended our day by exploring the South Park 20 exhibit. We got to take photos with wooden displays that referenced some of the greatest episodes in the shows history. Guests were encouraged to take photos in classic settings such as: Eric Cartman’s Chili Con-Carnival, Mr. Slave’s colon, Casa Bonita’s old time Jail and of course, riding a cancer ridden ball-sack with Randy Marsh. 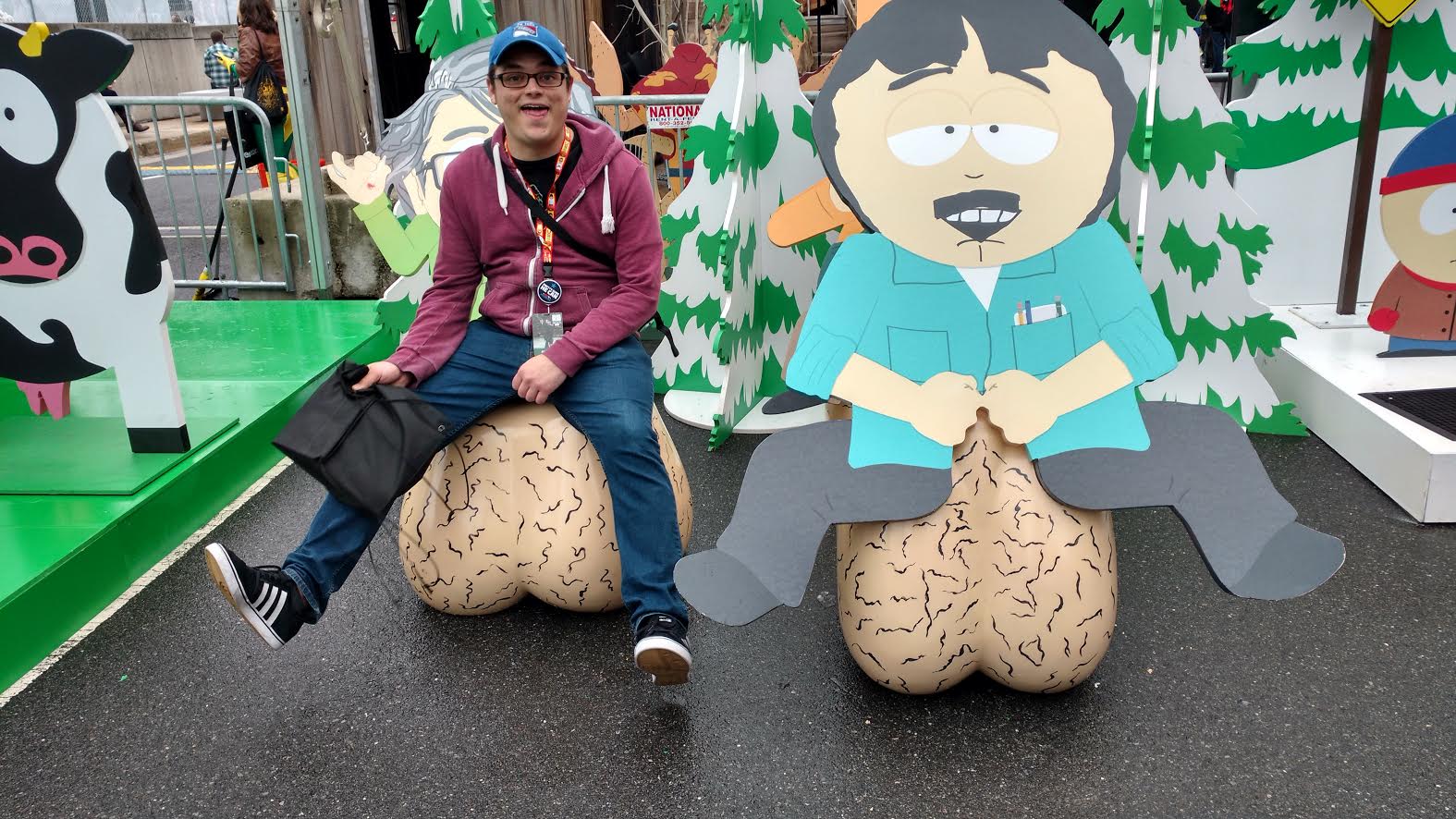 Large-scale conventions are always a pretty stressful. Any time that you cram 50,000 nerds into an area equivalent to 1/3 of a square mile there’s going to be a lot of sweat and social anxiety. But the beautiful thing about New York Comic Con is the like-mindedness of the droves of geeks. Whether we’re horror fans, comic collectors, anime enthusiasts or all of the above there is something to explore and further our geekly interests.

Behind the Scenes at Flame Con