Sun Bakery: Review   By Richard Lynch From the moment you see its cover, Sun Bakery dares you to ignore it. Its art is loud and expressive exuding a sort...
by Richard Lynch February 8, 2017 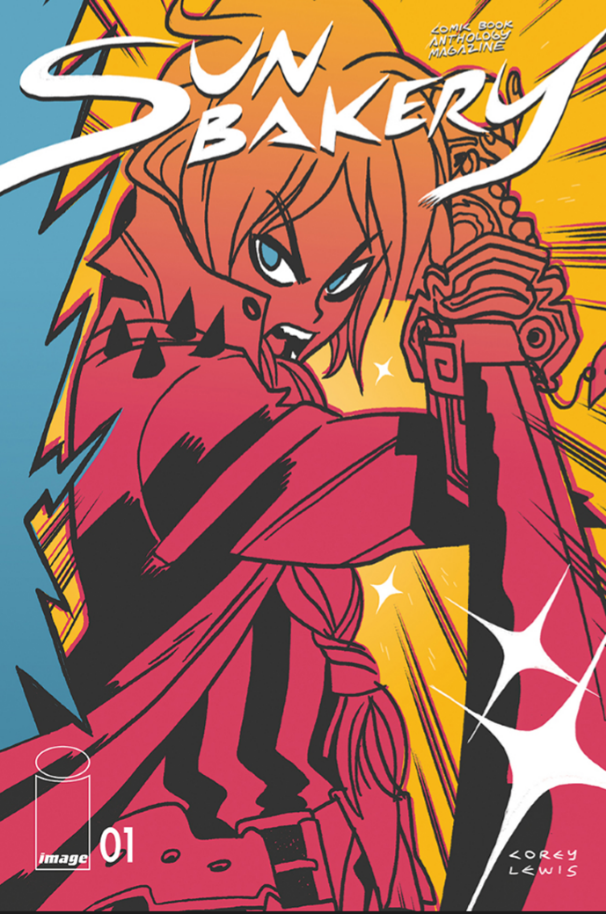 From the moment you see its cover, Sun Bakery dares you to ignore it. Its art is loud and expressive exuding a sort of gleeful insanity that can be absolutely hypnotizing. Sun Bakery is a new anthology magazine comic series by Corey Lewis who wrote and drew all three stories featured in this issue. The plan with this series is to have a collection of ongoing stories and one-shots that vary from one issue to the next. If you choose to read it, be prepared for a stylish crazy trip through the imagination of its creator. 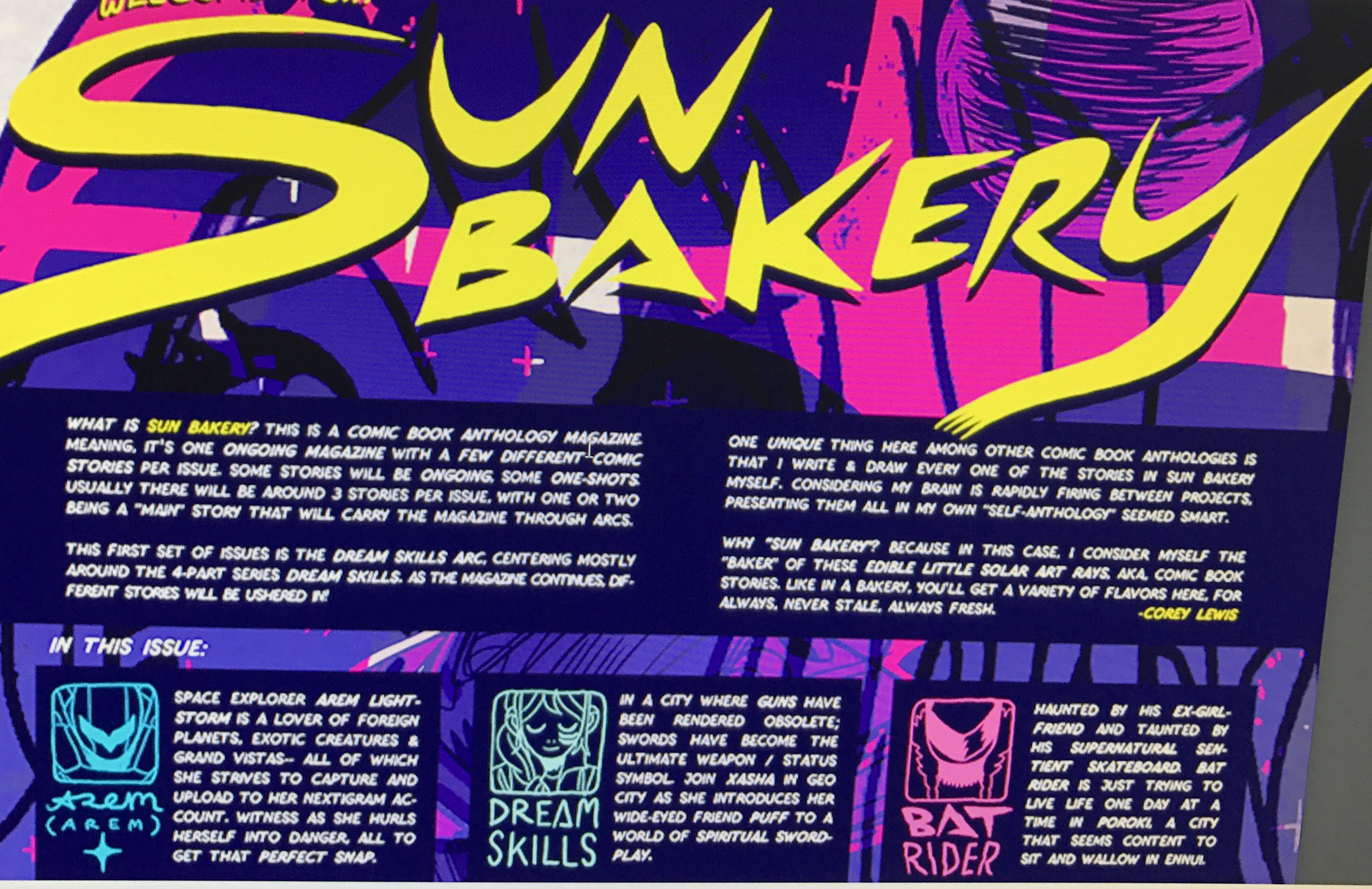 Arem: The first story is a brief tribute to the Metroid Prime games. It follows the adventures of Arem Lightstorm as she arrives on a mysterious planet hoping to photograph wildlife for her Nextigram account. The story is short, ending on a cliffhanger before you even get a chance to get invested. Story aside, the artwork for this section is fantastic finding the right balance between paying tribute to Metroid and crafting its own identity. In the end, we are promised more in Sun Bakery 2. Hopefully, part two expand on what we’ve seen so far. 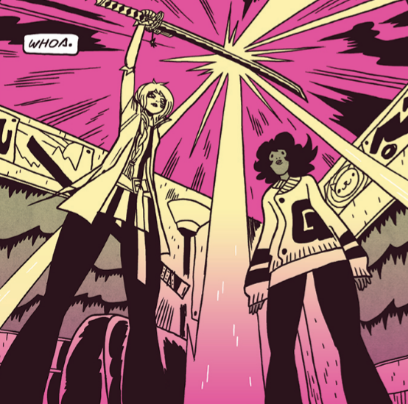 This is the featured story meaning it’s longer and seems to be the one that will be running for the longest amount of time. Fortunately, it’s also the most intriguing story this issue has to offer. Dream Skills presents a world where guns have suddenly stopped working thanks to force fields that suddenly appeared around every single person. Naturally, this means everybody starts fighting with swords. We follow Xasha and Puff, two young women who are just starting to learn what it means to live in this crazy new world. This first part focuses mostly on exposition and gives readers plenty of time to take in the colorful, manga-influenced art.

Bat Rider: The final short featured is a mostly wordless black and white story about skateboarding in a world that doesn’t want it. Like the other two stories, the visuals here are top notch, but right now there’s just too little to know where exactly this is going. 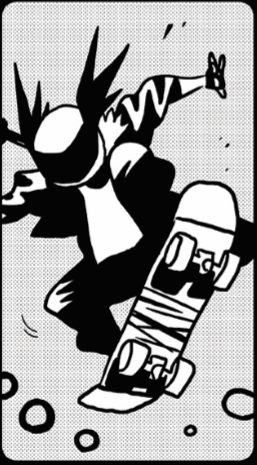 Sun Bakery has a lot of promise. It offers cool, stylish stories in a format we don’t see that often. Unfortunately, the condensed nature of these stories means that not a whole lot has happened in this first issue. At the moment, it’s difficult to recommend. But I see the potential for this to develop into something special. I’ll definitely be keeping an eye on this series in the future.

Written and Drawn by Corey Lewis

Check out our Interview with Corey Lewis here