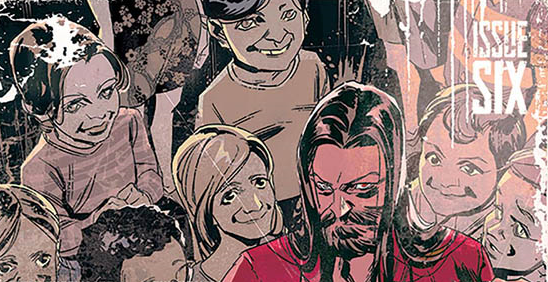 Review: Sons of the Devil Issue #6

Sons of the Devil returns after their first five-issue arc with a very strong sixth issue, continuing the story of Travis Crowe and a mysterious cult. Crowe’s been through some rough times lately, with the revelation that not only is his father was a Charles Manson-esque bearded cult leader from the 1980’s, but also the fact that he has not one, and not two, but eight siblings. This relevation comes from a meeting with his half-sister, Jennifer, who is planning a sacrifice, unbeknownst to Crowe, which involves all of the siblings. And, to make matters worse, his girlfriend’s pregnant and has been keeping it from him. So…yeah, the guy’s life is pretty nuts at this point.

The first five issues were riveting, tense, well-written, and visually astounding. This sixth issue does not fall short in any of those categories and comes back strong with, as per usual, a compelling flashback sequence, culminating in a fiery, intense full page display of terror before coming back to the present date. Sons of the Devil has done a great job so far at giving you only one piece of the puzzle at a time, leaving you guessing as to who these people really are and what these people really want. This most recent installment digs the reader into an even deeper hole of mystery, answering very little and instead piling on even more questions. The plot thickens, and instead of becoming unbearably confusing, manages to become even more compelling. Writer Brian Buccellato must be seriously commended for the way in which the plot keeps opening up to reveal and incredibly interesting and incredibly scary story filled with lies, death, tension, and the master of all horrible things, the devil himself.

The colors, done by Toni Infante and color assistant Mado Pena, are extremely vivid and help set the tone of the environment in every new scenario. The panels show a gorgeous representation of a California highway as Travis is on his way to learn more about this mysterious family, and there’s a scene in a barn with the setting sun pouring through the wood that’s exceptionally gorgeous; the sun bleeds a perfect red into the panels, creating a very realistic and moody scenario. There are a number of full page spreads in this issue in which the colors really compliment Toni’s art in an extremely visually appealing way…scenes of darkness contrasting with blazing colors that really pop out seem to be a common (and very awesome) theme in this issue. And yes, he’s been pulling double duty and providing both the art and the coloring for the series so far, so a nod of respect is owed in Infante’s direction.

Sons of the Devil so far has been carried mostly by the complex inner workings of Travis Crowe, and in this newest installment, we see his character really start to shine. Though he’s been mostly angry thus far, he’s starting to become a bit more stable, and has charismatic, funny sense of sarcasm during his group therapy sessions, where before he was simply bitter and argumentative. Image has been doing great work with stories involving deep character development, and this series is certainly no exception.

The story may not be incredibly fast-paced, but it pulls you in slowly with an iron, chilling grip. Instead of gory action sequences, we are presented with an intriguing and dark story filled with burning secrets and dark revelations. Sons of the Devil a slow burn done right with great characters, a good amount of tension, and seriously kick-ass art.

Here are some preview pages 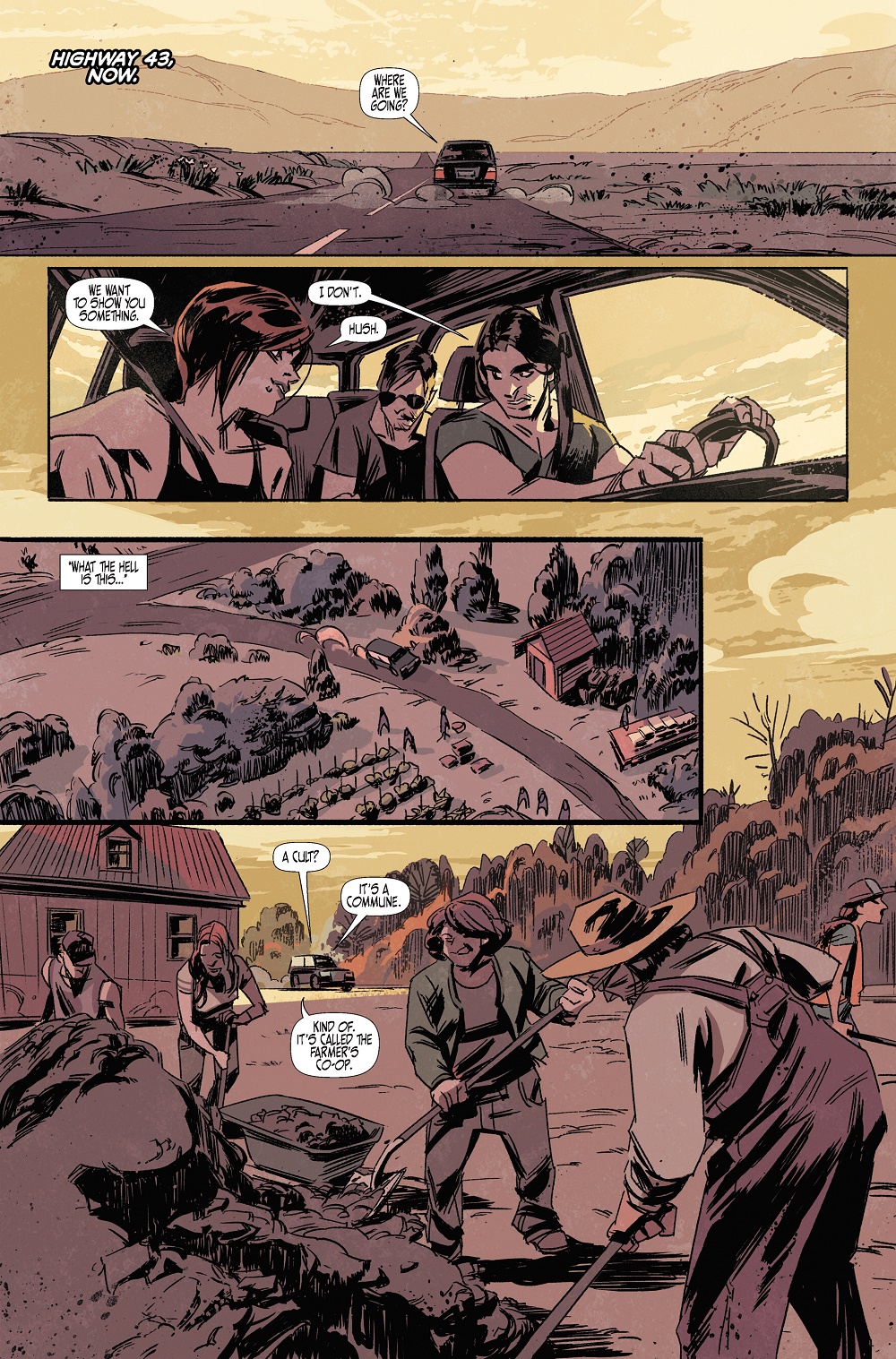 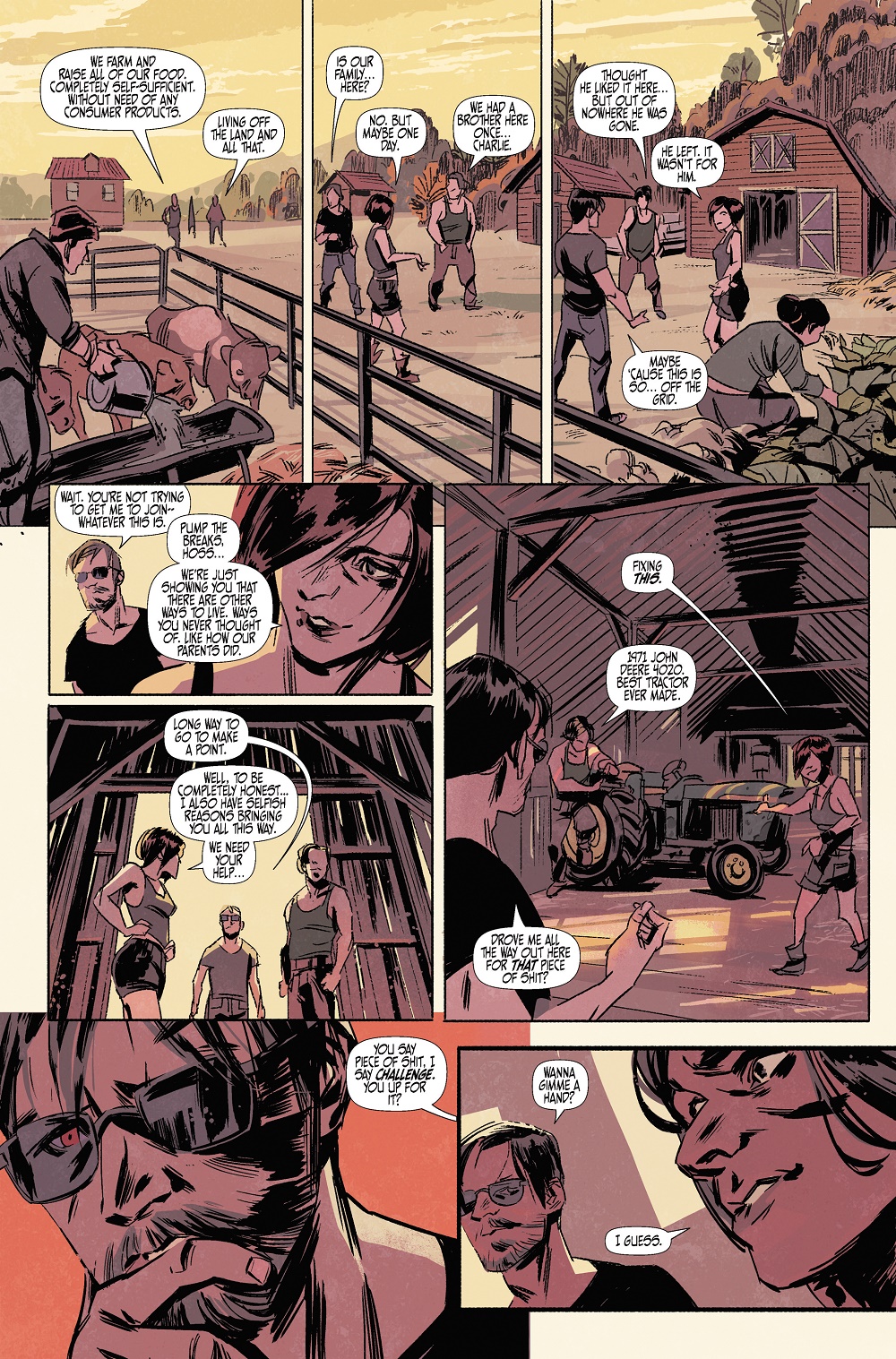 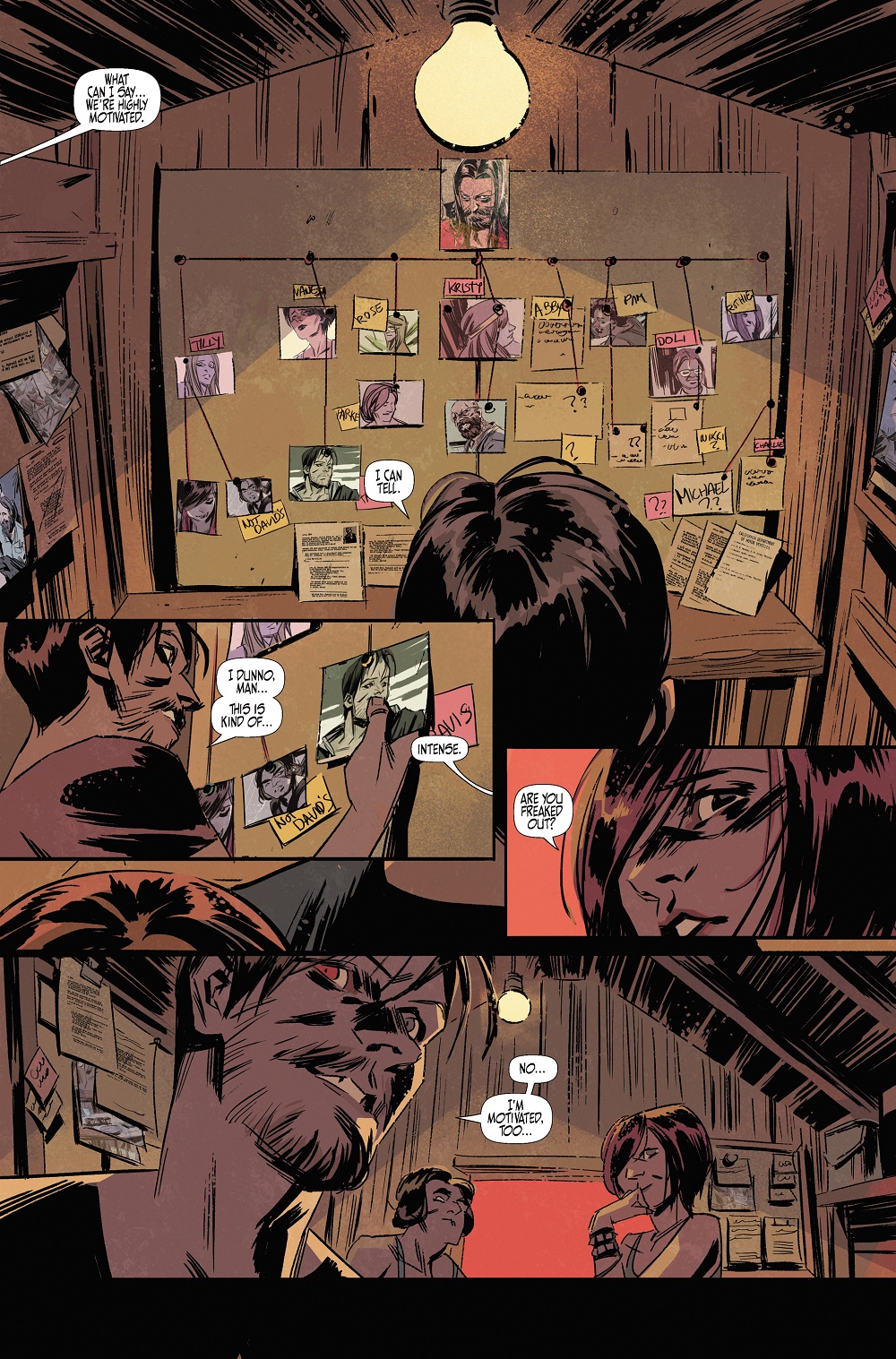 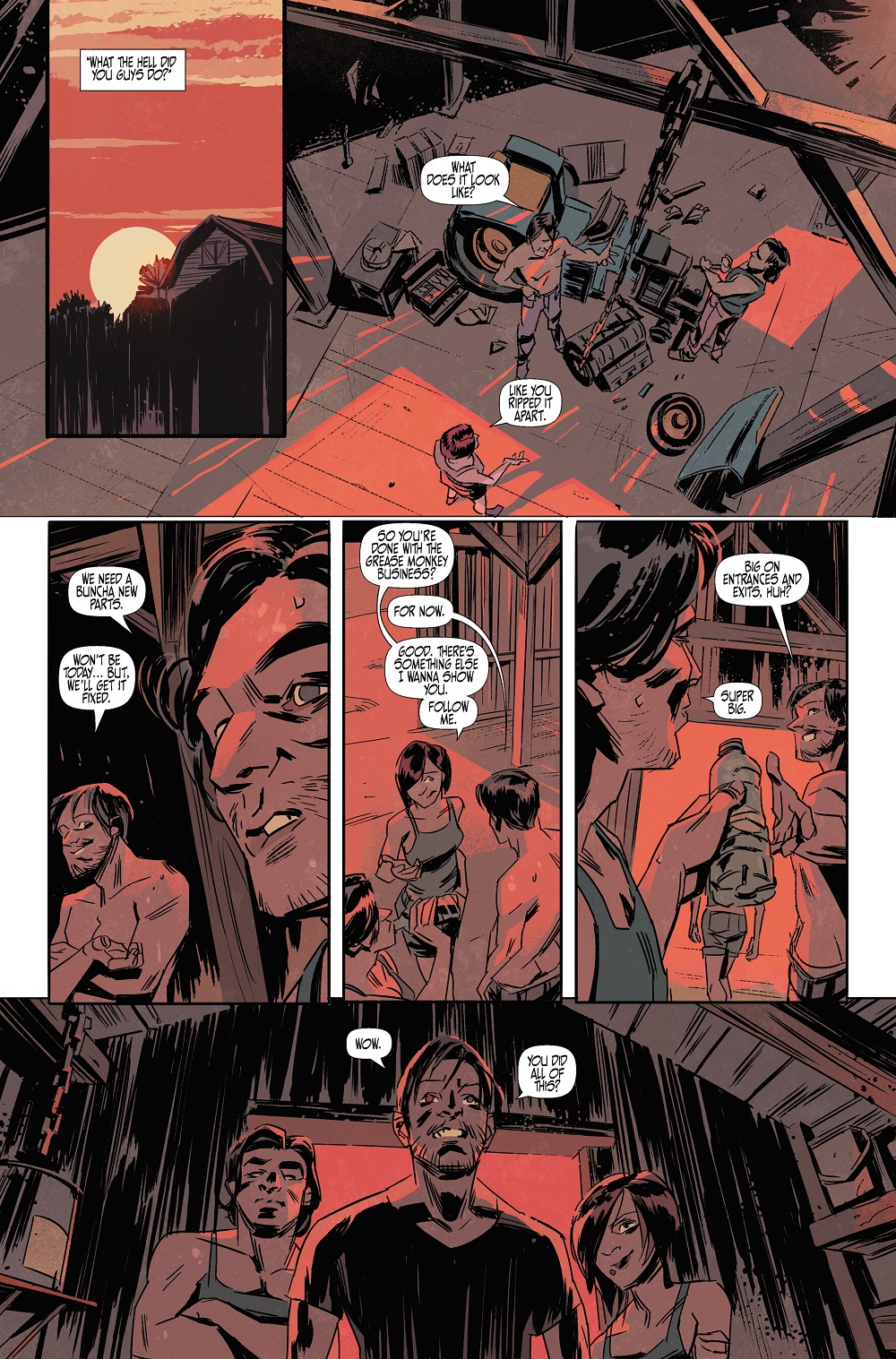