Eternal Empire is off to an intriguing and highly stylized start. 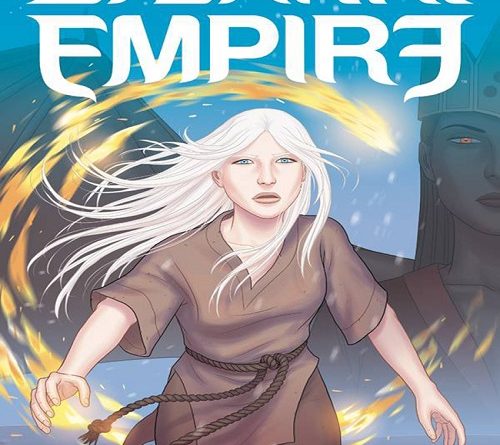 Fans of Sarah Vaughn and Jonathan Luna’s Alex + Ada series will be nothing short of delighted with Eternal Empire, their newest sci-fi tale. While the introductory issue may be a little off-putting for those newly acquainted with Luna’s highly-stylized artwork, longtime fans are in for more of the same unique style. Hold onto your seats, friends; opening up these pages is a gateway to what is sure to be an explosive adventure.

Eternal Empire begins with a ceremony being held with a mysterious woman and a dragon, bringing influence from Game of Thrones early on. An “Eternal Empress” has been waging war against the land of Saia for countless years, and she has almost conquered everything within sight. The final conquest comes in the form of a country called Essla where a young woman slaves away on a frigid farmland. It’s not soon before she begins to have strange visions – but what is the meaning of them? Obviously, I’m not going to tell you. No spoilers. Read it yourself, dummy!

And read it you should, because the duo’s latest book opens up a world of seemingly limitless potential. Everything about the presentation feels like an exercise in stylistic minimalism which is in stark contrast to a lush and deeply involved world. There are more made-up words than one could shake a stick at, and coming from a huge fan of Tolkien, that’s exactly what I need. But it may not be the same for everyone.

Luna’s art is something a potential reader is either going to love or hate; I can’t see there being a middle ground. I enjoyed how the duo has taken a genre that is usually layered and textured sometimes to the point of oversaturation and ran completely in the other direction. Landscapes are simple and characters appear stiff. Colors appear synthetic and the lettering feels manufactured. If I could describe it in a word, it would be “distant”, or “cold” – though I don’t mean that in an offensive or derogatory way at all. In fact, I think it is awesome. I’ve definitely never read a fantasy epic that is so bare bones, but I am loving it so far.

Instead of focusing on grandiose art and dazzling colors, Luna appears to be willing to let Vaughn’s story breathe and take shape. In a scene that centers around a character in a snowstorm, the reader is barely looking at anything. We are then imagining that this journey is long and arduous through minimal text and white hues.

Frankly, I have no idea where Eternal Empire will take us. It’s an issue that is full of intrigue and open-ended. With so many possibilities, I will be incredibly surprised if I even have an inkling of a clue as to where the second outing will be taking us. But if one thing is for sure, it’s that I’m definitely along for the ride.

Eternal Empire is set for release by Image Comics on May 3rd, 2017. You can find more information about the book at this link. 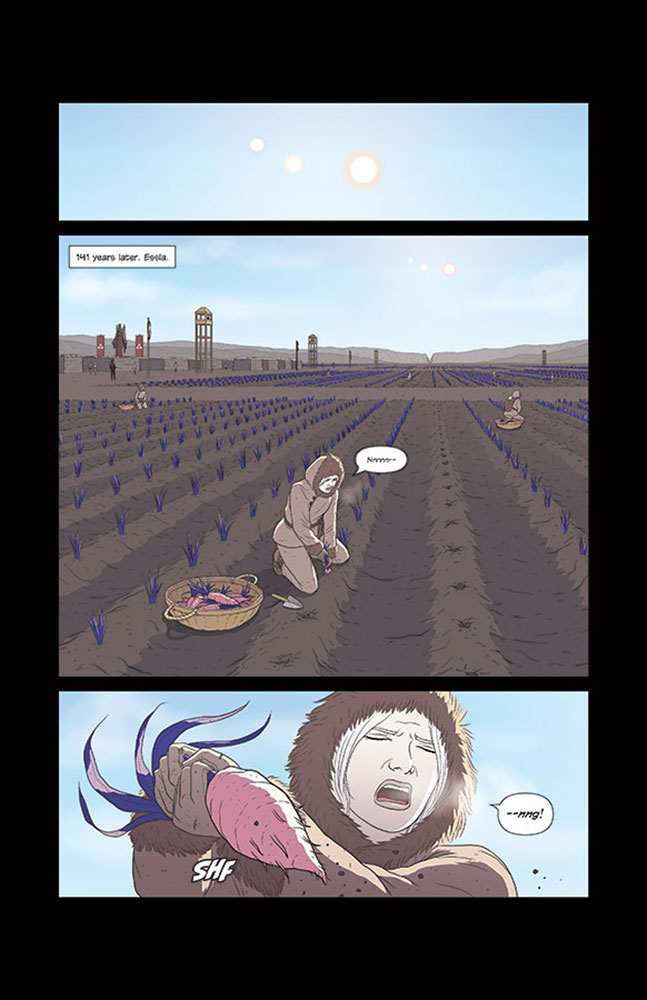 Down the Rabbit Hole: Aliens