Review – Rockstars #1 Puts the Occult Back into Rock

When I was a small child, I would watch The Song Remains the Same at least once a week. There was a mysticism in it that entranced me and undoubtedly carried over... 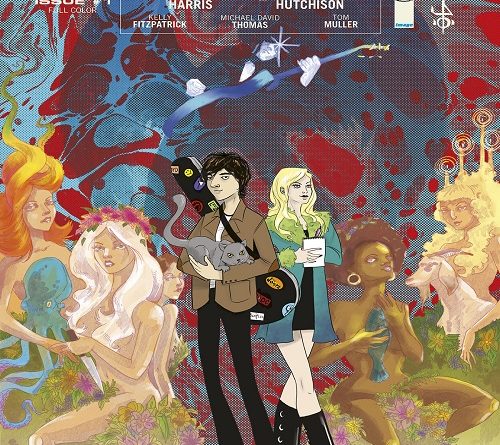 When I was a small child, I would watch The Song Remains the Same at least once a week. There was a mysticism in it that entranced me and undoubtedly carried over into adolescence. Jimmy Page’s glowing eyes and subtle yet undeniable touches of black magic pulled me in, and now, as a small adult, still has not let me go. Unfortunately, the occult and witchcraft is seen as dangerous – and rightly so. That’s just the way I like it. It’s dark and it scares people, including me.

But with the emergence of School of Rock and Dave Grohl’s outspoken positivity on classic rock, the dark of those early guitar wizards seem to be brushed underneath the rug. To me, we are missing out on something that was so appealing about those bands. As much as I appreciate Grohl and, admittedly, Jack Black as well, they’ve absolutely helped rock and roll become more family-friendly than ever. If you don’t believe me, read my review on Archie Meets Ramones. This whole mess – the dumbing down of rock and roll – is a travesty in my eyes.

Maybe I take it a little seriously. That’s okay because I don’t think I’m alone. In Joe Harris’ Rockstars #1, he’s made it abundantly clear about his stance on the legends of rock and roll past. There’s something there. Even if it’s just imagined, there’s something mystical about those original pioneers like Jimmy Page and Hendrix. Something a bit darker…even if it’s all made up.

But in Rockstars, it’s not made up. There really was something strange going on. Jackie Mayer, an expert on the secrets of rock, knows this. When a series of murders emerge showing a striking resemblance to those of the groupie murders of the 1970’s, Mayer makes a startling connection. He makes an unlikely bond with music journalist Dorothy Buell as they both work together to uncover the mystery behind these killings.

The homages and inspiration from Led Zeppelin in the imagery are almost too much for me to handle. While many look at Zeppelin as nothing more in this day and age as “starter rock”, they are still Gods to me. Having almost their exact likenesses translated into Rockstars is a pleasant yet unexpected surprise for me.

Megan Hutchinson’s art complements the story perfectly. The book jumps from depicting rockstars to otherworldly entities seamlessly, never having one or the other seem out of place. Every frame is given equal amounts of detail, and the opening pages alone could be perused over and over again, each time admiring something new and interesting.

Even for those who aren’t obsessed with rock music, there is nothing in this story that should make you feel alienated. There are Easter Eggs abound for longtime fans of Zeppelin and company, but someone with even a budding interest in rock and roll is sure to still be amazed by the art and the coloring work in this first issue. Everything about Rockstars is spot-on, and every sign points to the rest of the series being just as rich and intriguing as the debut issue. In Real Life Super Hero Stories that will Warm your Heart