Greg Capullo's artwork continues to amaze and impress throughout Reborn. 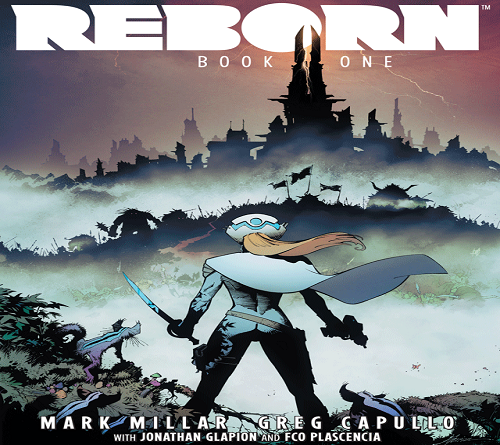 Mark Millar’s Reborn has been out of control since the start, and by the end of the sixth issue, it seems that everything is completed, exhausted, and satisfyingly finished. The book plays with the idea that there is neither Heaven nor Hell after death; instead, there’s a world of The Lord of the Rings mixed with Star Wars mixed with Spawn. And yes, it’s just as insane as it sounds.

I’ll be honest. Everything about Reborn is a little too on-the-nose to ever really pull me in on anything besides a visual level. The name alone is indicative enough of that. The beats in the plot are able to be predicted from a mile away, and nothing about the storyline really ever shocks or surprises the reader. It’s an incredibly simple story with incredibly simple ideas – people who live their lives doing good are reborn as heroes, selfish, evil people are reborn as, well, villains. There’s a dark side to this afterlife and a light side. The main villain is an evil demon-looking dude who bathes in a pool of blood from his enemies. In general terms, there is nothing outside the norm in this fantasy story.

But in a happy turn of events, the simplistic story allows artist Greg Capullo to go absolutely nuts with his design of this strange afterlife. Though I wasn’t wowed with the plot development, there were many, many times where my jaw dropped due to Capullo’s art. Capullo appears to take a little bit of everything, from the work of legendary fantasy artist Frank Frazetta to even more surprising places such as Hellraiser and mash it all up into something agonizingly powerful while still retaining a sense of beauty that is unmatched by his peers.

The dark side of the tale is where Capullo really flexes his muscles, and it isn’t until the second installment of the series that he begins to have his psychedelic field-day with Millar’s unique afterlife. As our heroine Bonnie is reunited with her father, they must travel throughout the land in search of Bonnie’s long-dead husband, Harry. To get there, they’ll have to go through many strange lands and kill many strange enemies. The highlight of the book comes in the prison planet sequence, which is filled with carnage and action, and the conclusion of the story, which is filled with – you guessed it – even more carnage and action. 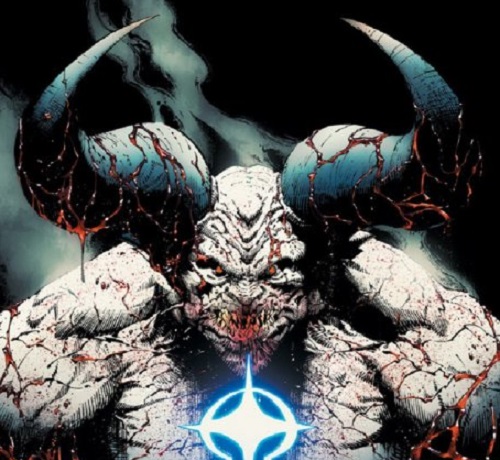 Reborn’s story probably isn’t going to shake anyone’s foundations and change the way they perceive their own existence, but its art might. This is the kind of comic book that we need. It has a simple plot that’s filled with age-old storylines, so it’s easy to focus more on the intricate bombastic details of the artwork. This is the kind of comic book that a young kid is going to pick up and say, “I need to be an artist. I need to do that.” Capullo is a master at what he does. His talent is inspiring; it’s empowering. It’s enough to make any reader leap out of their chair and decide that they need to try harder, to work harder at whatever it is they want to do with their lives.

Reborn Book One is out today in a hardcover edition. Click here for more information. REDLANDS #1 is Seriously Spooky and Dark