Review: Pestilence #1-When a plague is not a plague

Pestilence #1-When a plague is not a plague The Black Plague was a terrible time in history millions of people approximately 75-100 million people died after contracting this...
by Ashish May 2, 2017

Pestilence #1-When a plague is not a plague 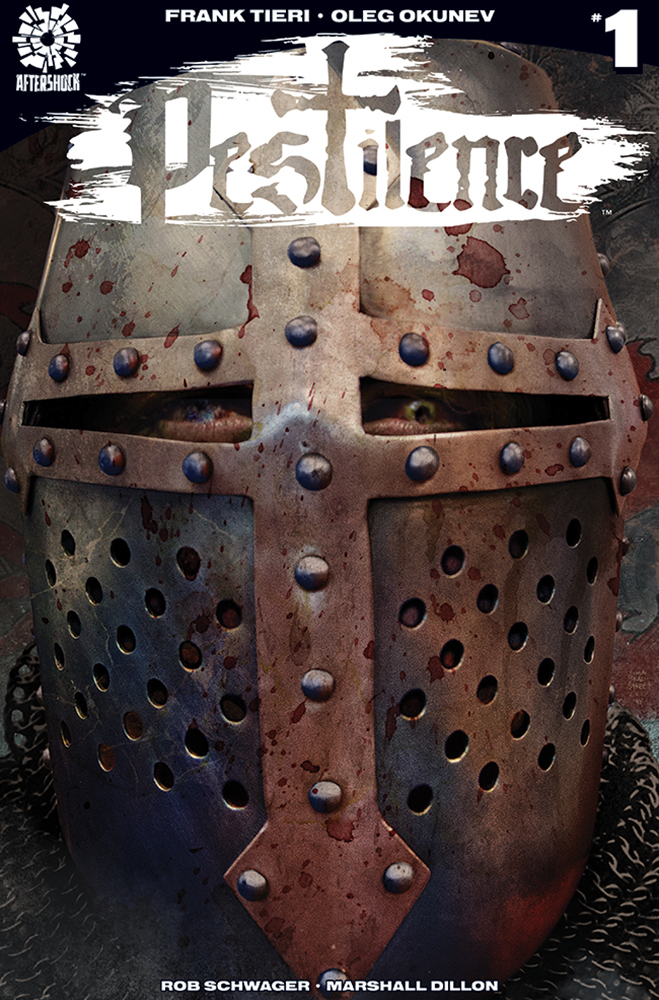 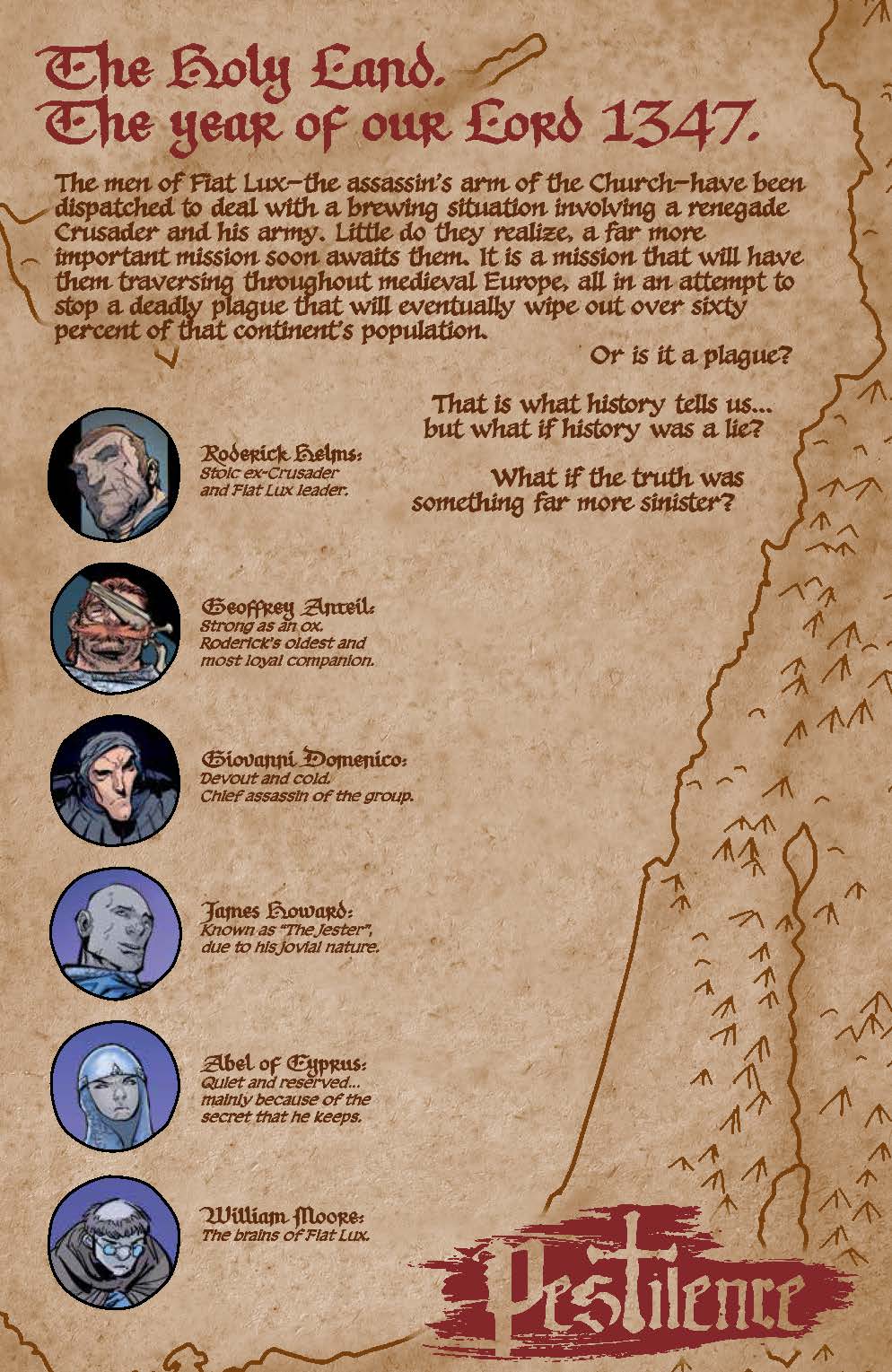 In Pestilence #1 we meet the Fiat-Lux, assassin’s arm for the Church a group led by Roderick Helms dispatched by the church to handle various issues the church needs to be handled. In this issue, we find out that Roderick and his men are sent to deal with rogue crusader Sir Archibald who committed unspeakable acts of Violence and raped and pillaged this village supposedly in the churches name. However, he was rogue, and the church sent the Fiat-Lux to fix the problem which they did. After the Battle, they meet a man who doesn’t speak and looks feral. The man attacks one of the Members of the Fiat-Lux the group put the man down and cut off his head. After the man is killed, the team finds a scroll with no writing on it. One of the members of the Fiat-Lux knew it was a hidden message and was able to decipher it.  The letter summons the group back to the Vatican with the ominous message Hell has come to earth. 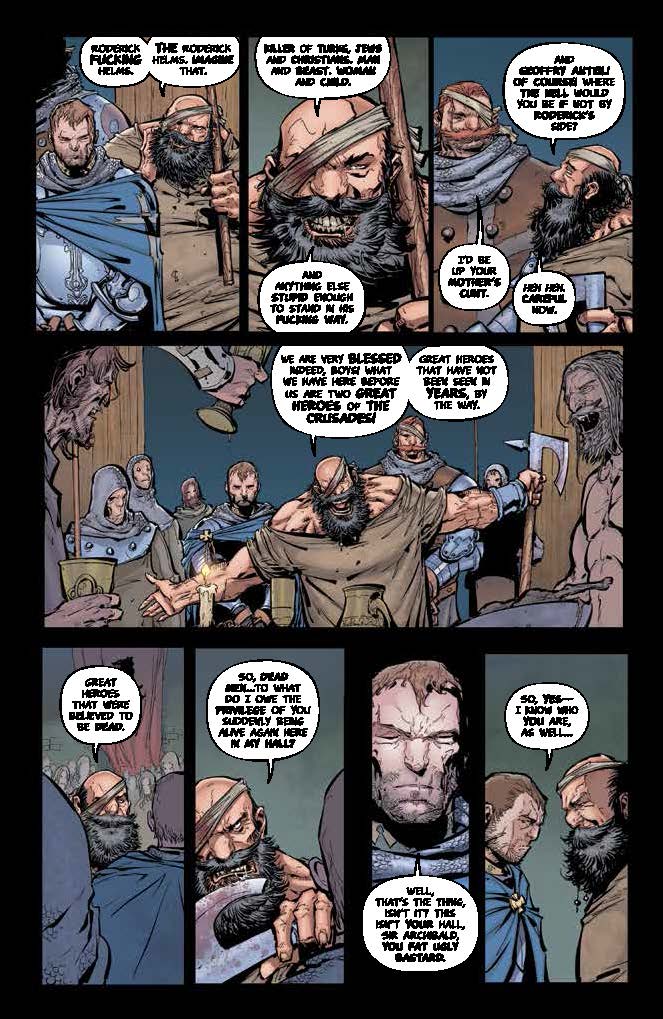 Pestilence was a fun read Frank Tieri has always been a great prolific storyteller and Pestilence is another excellent study in storytelling. The story starts off with a bang and continues throughout the issue. There were not moments where the story dragged. The pacing of the story was phenomenal.  We get to meet the members of the Fiat-Lux and their intricacies and nuances.  I cannot wait to see where Frank Tieri takes this team as they deal with the Black Plague. We know something terrible is coming yet I can’t wait to find out what happens to Roderick Helms and his men. Oleg Okunev’s art and Rob Schwager’s colors are visually stunning. Be forewarned there is graphic imagery throughout the book which displays man savagery as well as the unearthly savagery that will be coming. In the end, will it matter who the monsters are? The actions sequences look fantastic and with the color choices feels like a movie unfolding and the gore and guts look magnificent. 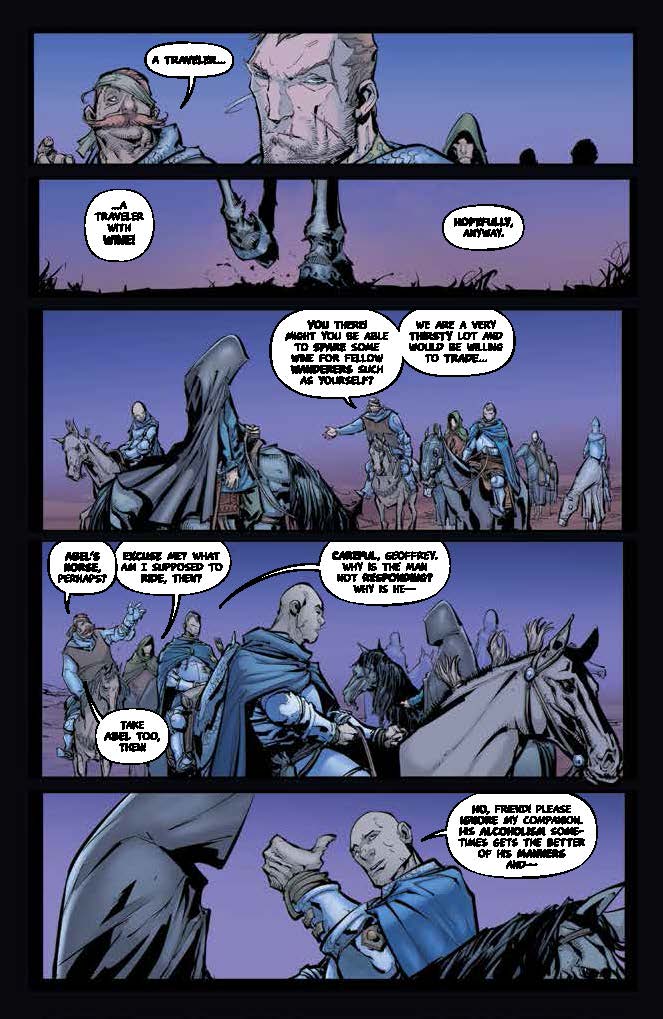 Pestilence #1  is a lot of fun gore fest we get to see Medieval times and people might have dealt with a plague of undead. Frank Tieri’s dynamic storytelling mixed with the fantastic art of Oleg Okunev and intense colors of Rob Schwager combine to tell a story led by the great mystery of what caused the Black Plague. I for one will be adding this to my pull list as I do not want to miss a moment of this great comic. Again for the faint of heart, there is a lot of gore, violence, and nudity…but done very well. The fantastic First issue can’t wait to see more. 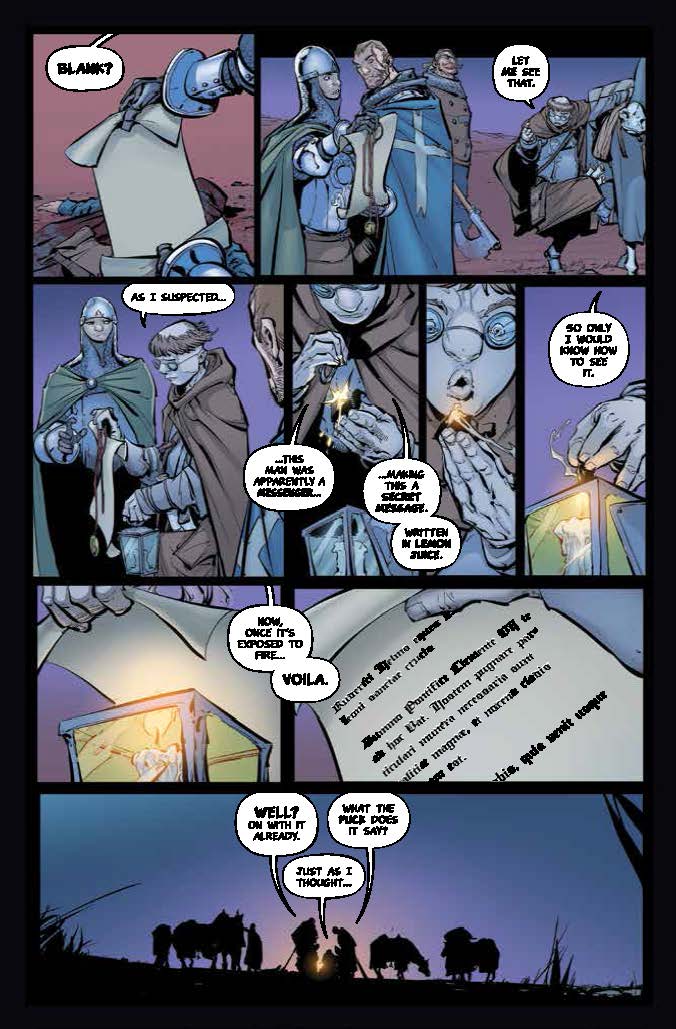 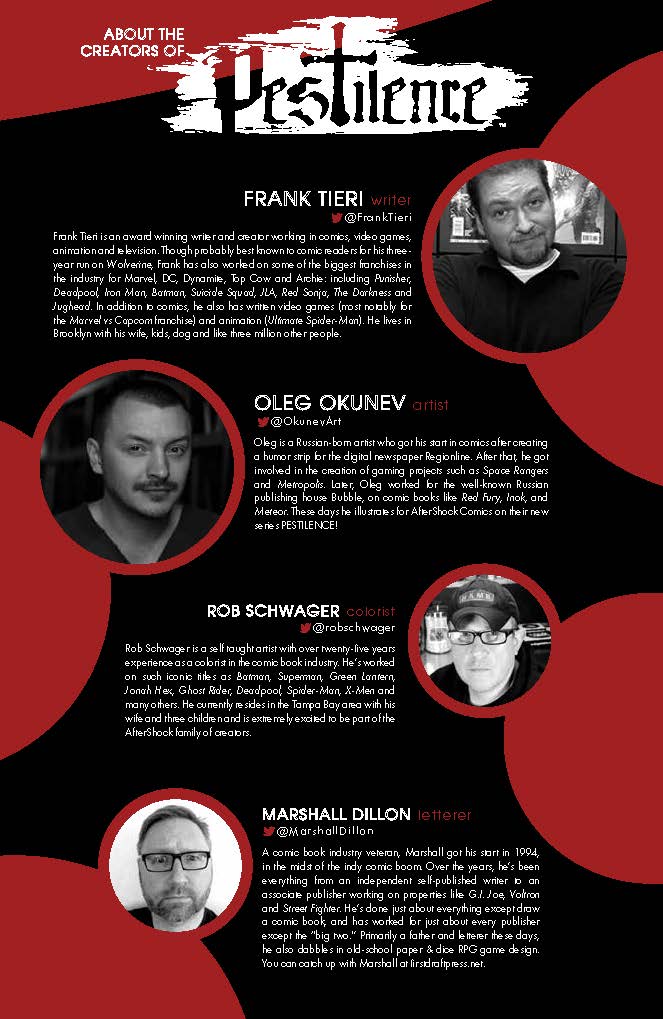