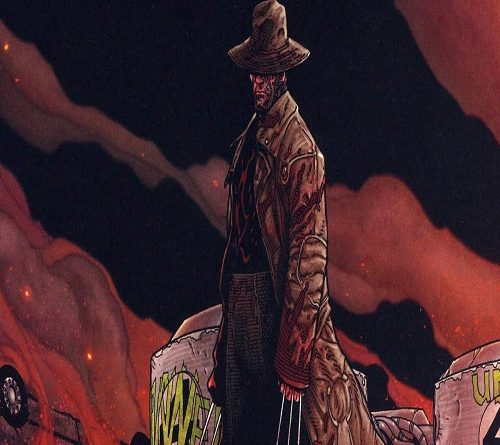 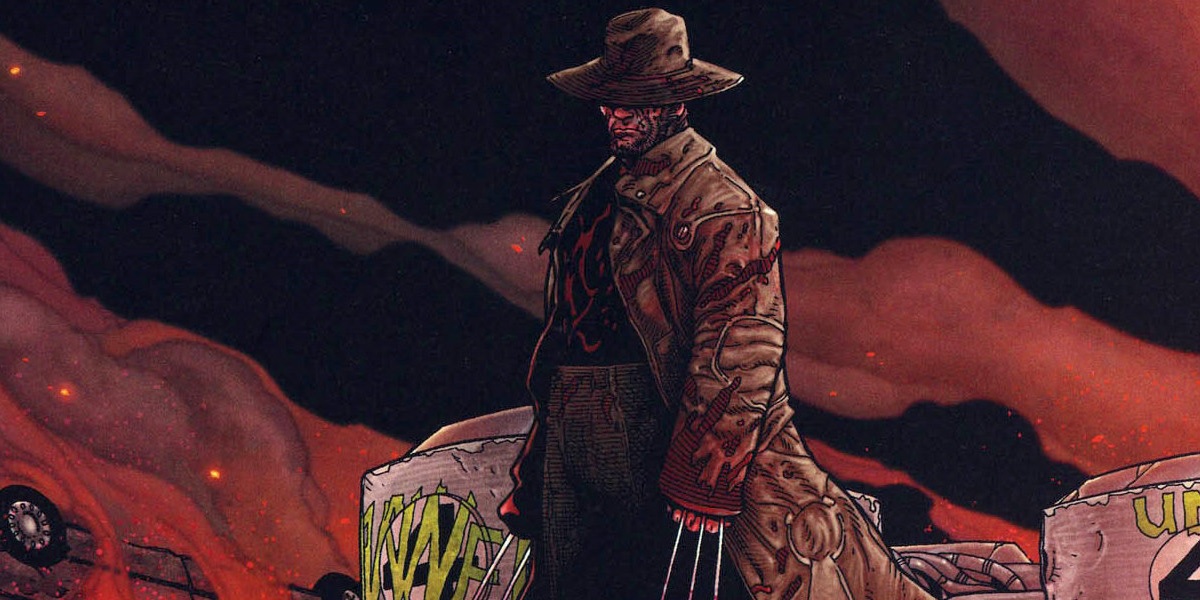 In Old Man Logan, Wolverine – oops, don’t call him Wolverine. Logan, as he now prefers, does not kill anymore. Not at all. Not even a little. Understand? Good. Because throughout the eight-issue miniseries, you’ll be hearing that a lot.

50 years ago, something disastrous happened to Logan. Something so terrible happened that he has decided to move to a farm in California and start like anew without the aid of his deadly claws. Now, in a dystopian Road Warrior-like future, he tends to the land on a property that he rents from the Hulk’s gang, who now dominates the region. He finds himself on a road trip through the wastelands of America with a grizzly, blind Hawkeye, who has recruited Logan to help him navigate as he partakes in a drug run in a desperate attempt for money. Logan, eager to resolve all his disputes domestically, agrees to the trip in order to find the money to pay Hulk rent before his gang of green goons come and take away his family. 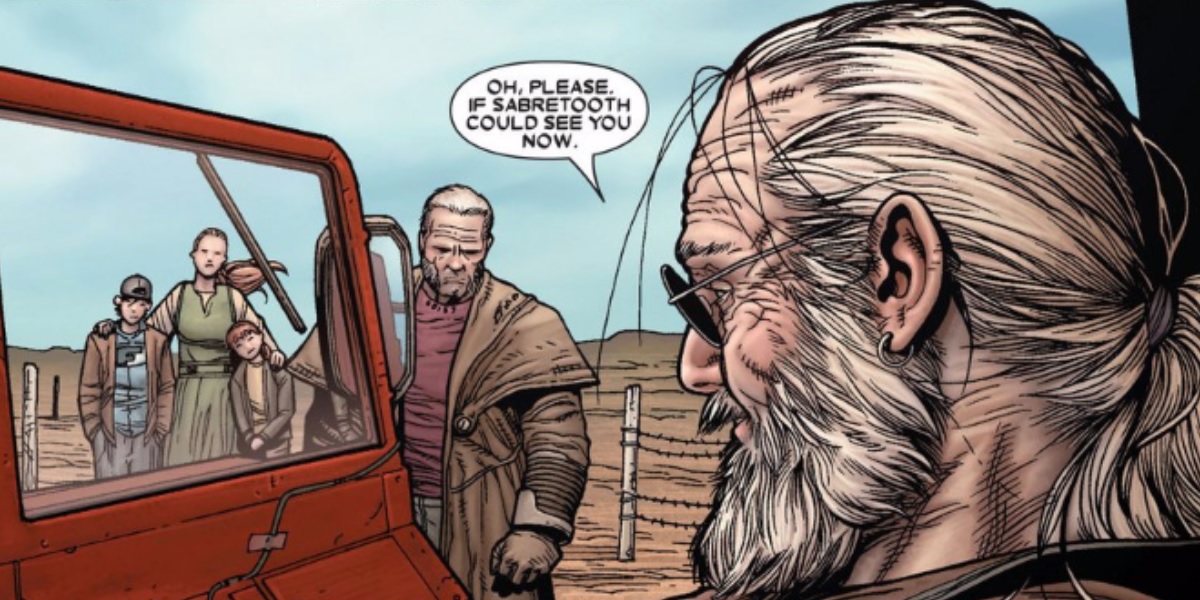 The premise is interesting enough, but Mark Millar’s execution is less than phenomenal. The Wolverine of this world seems nothing more than a crippled, sorry old man. He allows himself to get beaten repeatedly instead of ever fighting back. The lack of violence from him is understandable once the shocking source of his pain is revealed, but it still doesn’t make up for the eye-rolling repetitive dialogue. Yes, Logan, we know. No violence. Still, it would have been nice to see him resolve conflicts in a peaceful manner other than getting his face beaten into a pulp. There doesn’t seem to be a lot of care in the way that Logan’s pacifism is written here.

But then there’s Hawkeye, and man is he great. The character is, without a doubt, the more interesting of the two. He’s got a charisma that shines through the slick art by Steve McNiven, and the bearded look suits him well. After reading the story in full, I would have much preferred an Old Man Hawkeye, but Marvel knows that it wouldn’t have sold better than Wolverine. 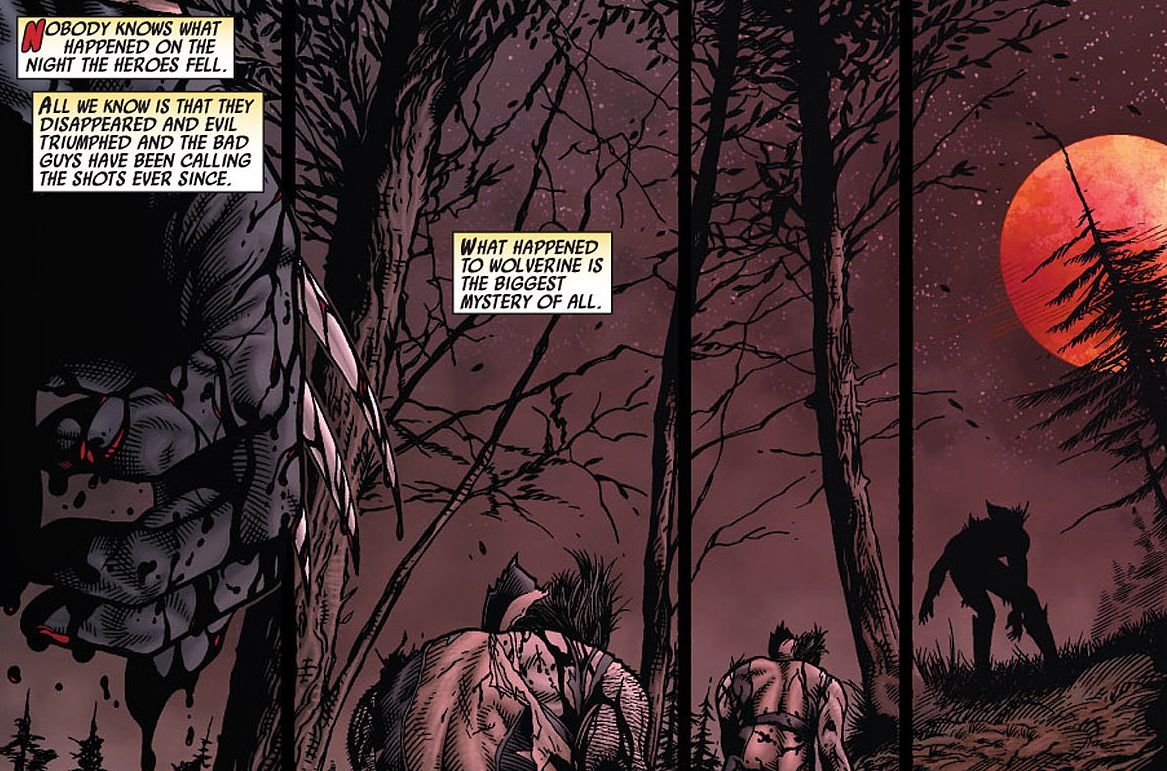 Further complaints with the story are the sheer excessiveness of it all. It’s violent. Very violent. The story seems to rely on shock more than crafting something gripping. The violence makes the story much darker than it needs to be, as it starts off with a little bit of fun, but just ends up being almost mean. Am I being a baby? Possibly. Still, the violence just never seems worth it. It’s almost like a grindhouse version of an old and tired superhero.

Old Man Logan is not bad, it’s just not as phenomenal as I had hoped for it to be. If the story had more time to flesh out a deeper plot and a more expansive world, I am sure that the comic would have been much better. And although I have gripes with the story and the way in which Wolverine is portrayed here, it’s worth checking out for the art. Maybe you’ll enjoy it more than I did. Kudos for including a Venom Dinosaur, by the way. That was a nice touch.