The Normals makes good on its promise of being an edge-of-your-seat adventure in issue 4.
by Paul Aloisio August 28, 2017

Listen, if I woke up one day and found out that I was a damn robot, I’d be pissed. Everything I knew – a lie. Everyone I loved – fabricated. Man, that’s a heavy pill to swallow, and The Normals does a great job at helping it go down. 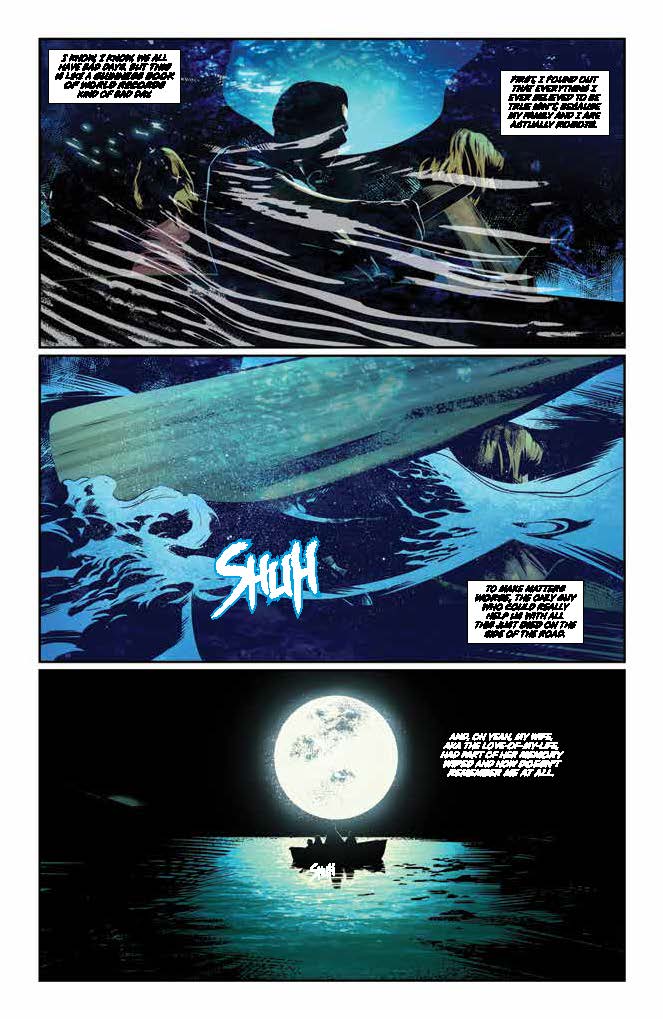 This is mainly due to the strength of Adam Glass’ writing, who injects The Normals with enough humor and personality to keep it from being overly melodramatic, while also being careful not to turn it into a flat-out comedy. Instead of putting his weight into graphic scenes of violence and action, Glass instead opts to give insight to these characters and who they really are. How they deal with such a revelation is just as important as the events that are unraveling around them, and I am very thankful for that.

Issue four sees our family of not-quite-humans on the run, finding their way across both water and land. They encounter a very upset rodeo clown, lamenting about his aching testicles after being stomped by a bull, an abnormally kind stranger, and a car named “Beaver Eater”, which, yes, Glass finds a way to incorporate into the dialog. There’s not a lot of action in this issue in the classic scenes, but joining the family on their quest gives a greater sense of adrenaline than most comic books can with punches to the face and decapitations. 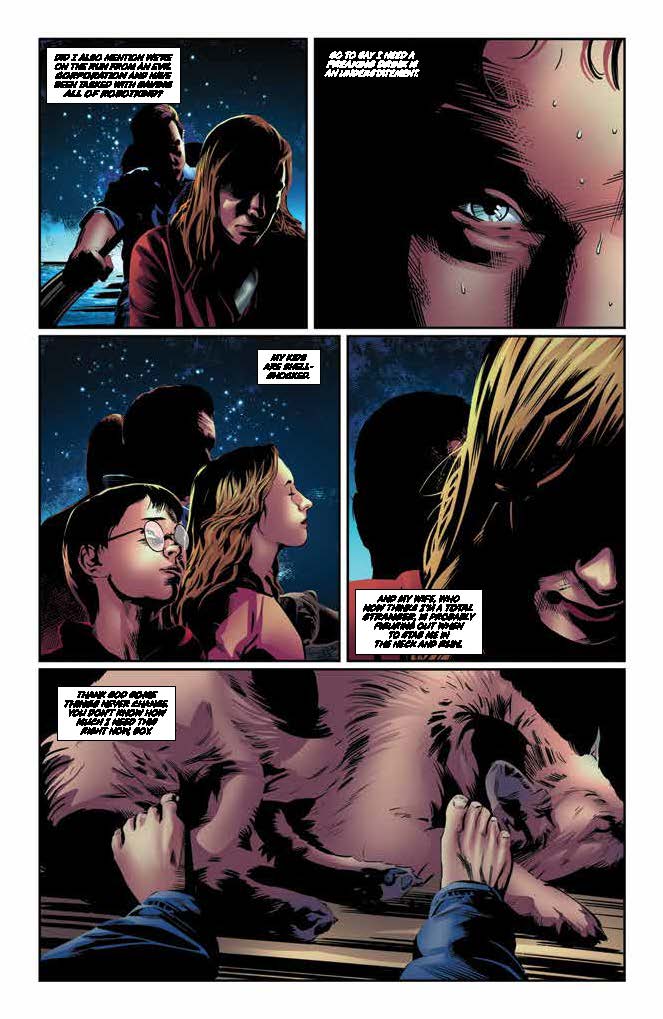 You see, Jack and his family aren’t just taking a road trip. They’re on the run. Westin Incorporated is attempting to recall the whole family – and that’s not something that Jack wants for his children at all. Instead of accepting defeat, they’ve chosen to try to escape their pursuers, but as we all may know from any good story of the chase, this is much easier said than done.

Dennis Calero’s art is top-notch here, and I really enjoyed all of the different characters he is able to bring to life through his art. There is a sense of realism to everything going on in this book, which helps give the story more weight; there’s nothing cartoony or silly outside of the intentionally humorous segments here. Though it’s not overly serious in its tone, Calero’s character work gives a sense of dimension to Jack and his family of robots. Adriano Augusto’s coloring work is excellent as well, especially in the opening panels while they flee on a simple rowboat at night. The blues and blacks give a calming, mysterious effect, opening up the issue on a note of introspection as opposed to something louder and more explosive. 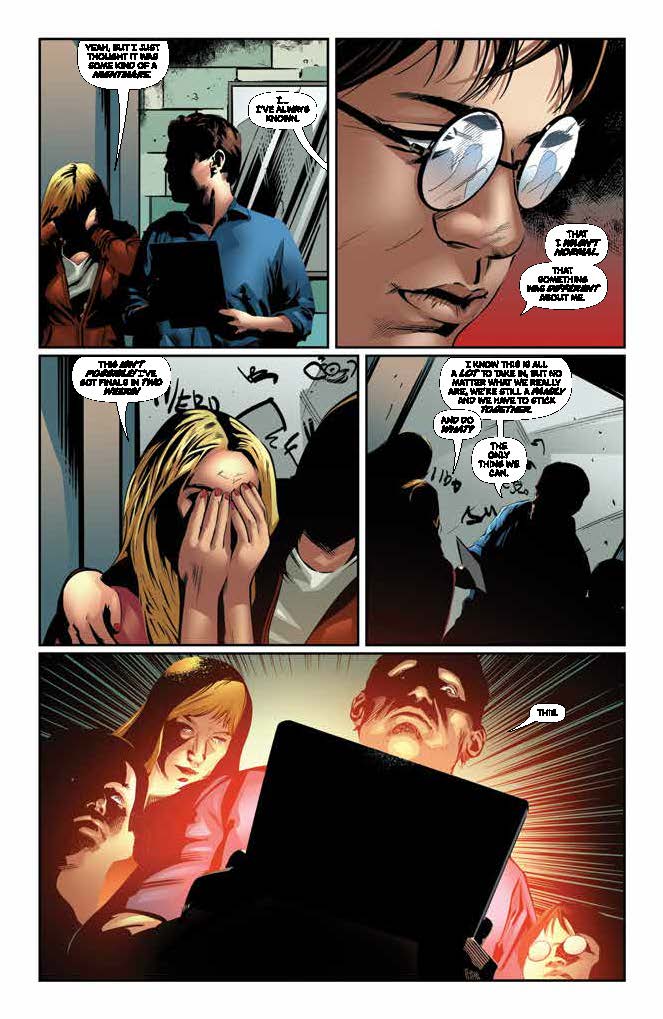 I’m not sure how it’s going to turn out in The Normals, which makes every issue a real adventure. Will the family find salvation? Will their story end in demise – a scrap heap, perhaps? Truthfully, I don’t have the faintest idea, but I’m more than a little bit excited to find out. Glass has a great thing going with this series. Highly recommended for any fan of good stories, plain and simple.