Since their creation, the legitimacy of video games being considered an art form has been contested over, and over, and over again. In more recent times, the complexity and innovation that these games present to you, the player, have become so advanced and intricate that at this point, refuting the fact that video games are an art form seems uninformed. They most definitely are. And while many games have proved their legitimacy through technical innovation and stories just as deep and intricate as many of cinema’s greatest treasures, one indie game proves this by scaling everything back, giving you a hauntingly beautiful, quick adventure into the unknown: 2010’s LIMBO.

Though it was initially launched by indie dev PlayDead in 2010, the most recent port to the Xbox One, and the one that this review is concerned with, was released in December of 2014. The game is a 2D sidescrolling platformer, in which the player controls a boy who wakes up in the middle of a dark field with no information whatsoever. No cutscenes. No explanations. You are expected to just get up and go, figuring out the game’s mechanics as you go along. 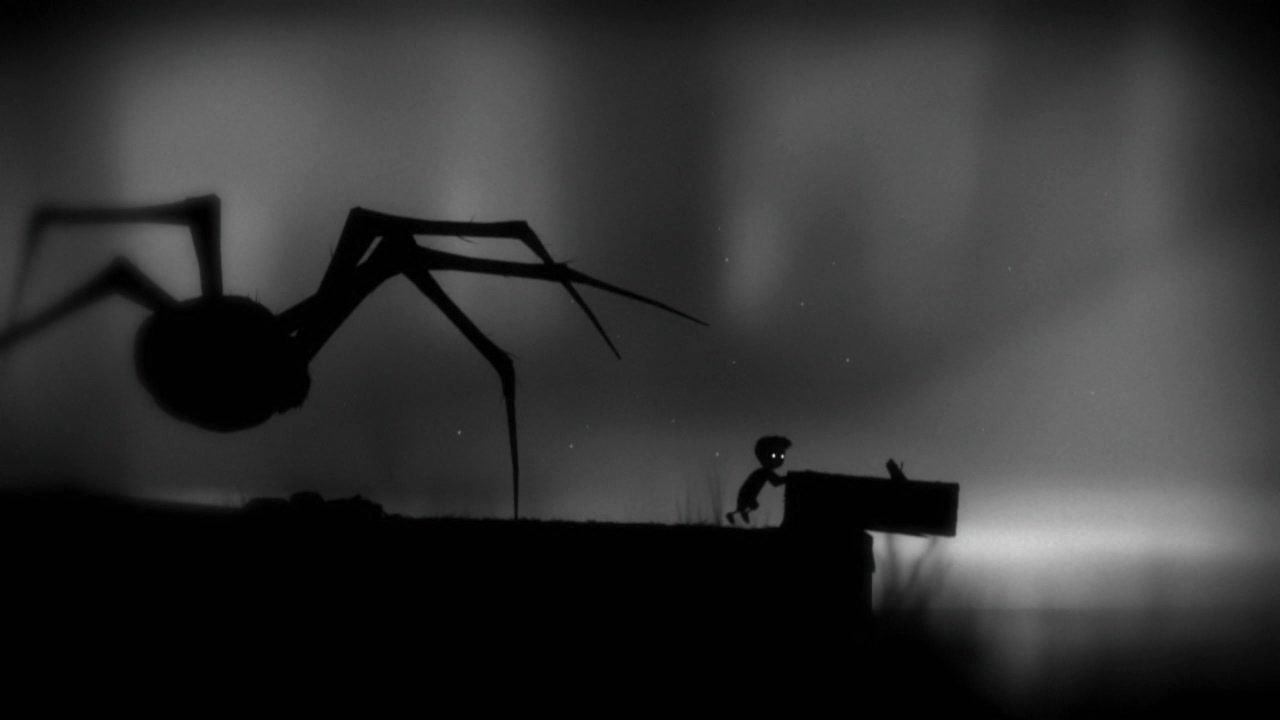 The player will quickly realize that LIMBO is punishing. Each mistake is greeted with nothing short of complete obliteration for the boy, be it from decapitations or a crushing blow from a falling box. This, simply, really is the only way to learn the correct solution; instead of trial-and-error, the game has been described by developers as “trial and death”. The platforming aspect is very specific in where you need to make your moves, and most (If not all) of your success in landing these jumps hinge completely on the completion of a puzzle beforehand. Yes, it’s hard, but the puzzles seriously make you think, and the threat of certain death due to one wrong move lingering over you at all times makes for a very tense game.

The true beauty of this game, though, is in the visual department and the way in which it tells a story without actually telling anything. This gorgeous little indie is in complete black and white, and yet is so stylized that adding color would absolutely kill the entire mood of the game. It’s grainy and bleak, and yet the character of the boy and the other children that you will find (we will get to that later), are absolutely adorable, in a morbid way. The boy has no discernable features besides a pair of glowing white eyes. The combination of the bleak atmosphere and the giant spider that you encounter quickly into the game begs the question as to “where exactly is this?” Is this Limbo in the literal sense, and the boy is dead? Is he searching for a way to give him peace in his deceased state, or is he looking for an escape? More clues along this way will help you, the player, interpret the story whichever way you want it. That in itself holds much of the game’s beautiful mystique.

There is one drawback to LIMBO, however, and that is the fact that the game feels a bit unbalanced. It starts out in a horrific tone, with the boy being chased by a giant, terrifying spider, finding some killer children along the way as well, through a forest, until coming to a point in where the boy finds an industrial area and the horror aspect all but dissipates. It still retains the intensity in the “if you mess up, you’re going to pay” aspect, but it’s missing any signs of life outside the boy. The puzzles become much more complex and fun, but the last half seems more or less the same, while the first half has a new twist in each new chapter. 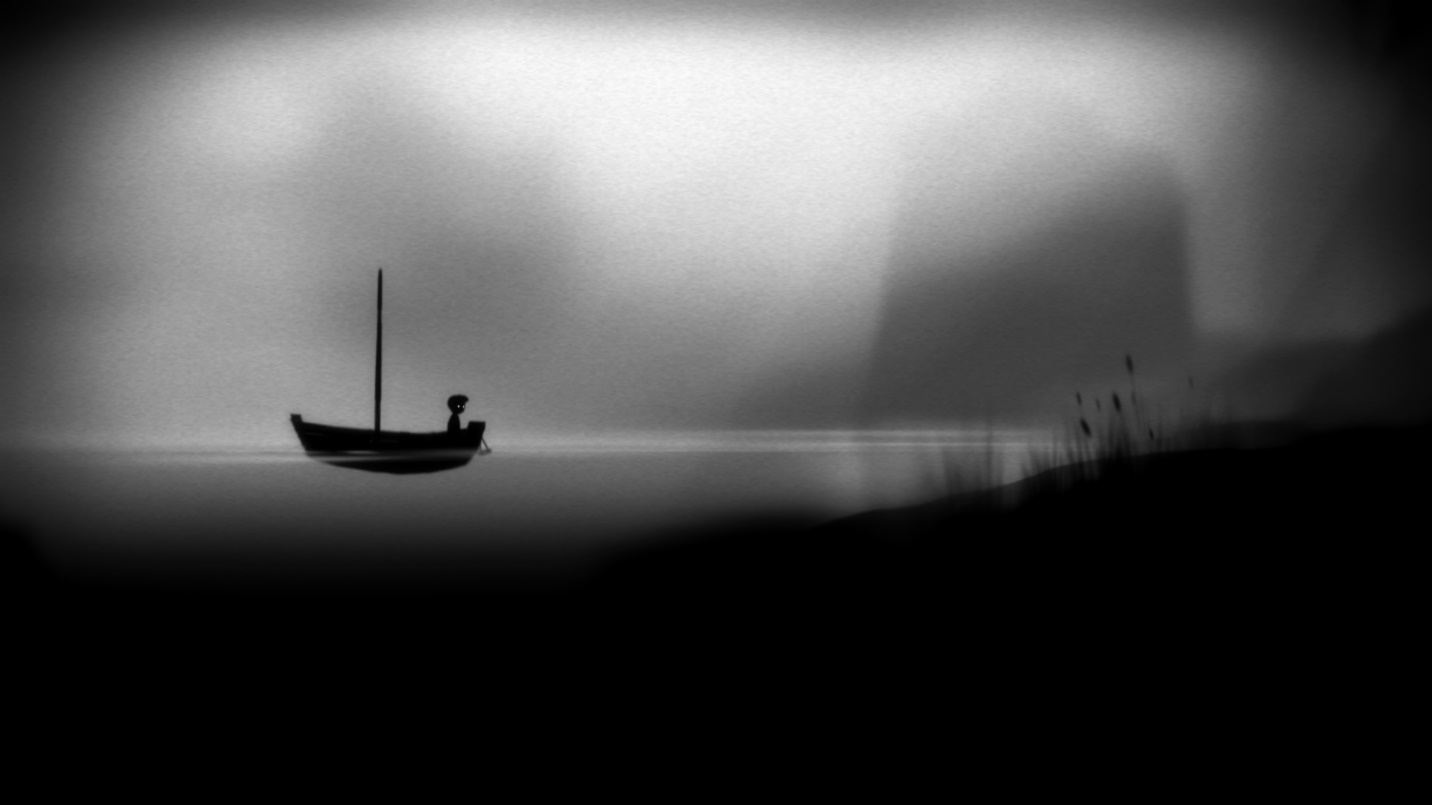 However, the game is short…very short. While many will complain about this, it is my opinion that this actually enhances the game. If that sounds crazy, that’s because it sort of is. Think of LIMBO as an interactive, atmospheric movie; the game lasts probably three hours and can be finished in one dedicated setting. It is very short for a game, but at most, it’s ten dollars, and you’d be spending more on a movie at a theater that you couldn’t even play. LIMBO has all of the elements of a great expressionist movie, from an atmospheric, more pleasant Eraserhead-eque soundtrack, to its tense and jarring action scenes, culminating in one of the best ending sequences in a game that I’ve played in recent memory. LIMBO is nothing short of art, plain and simple.

Should you play this? Yes. It’s fun as all hell and will absolutely captivate you and have you thinking about the meaning of it for days after its completion. However, be conscious of the fact that it is very short. And as I’ve said before, you’ve probably just spent over ten dollars on Batman v Superman recently, and you didn’t get to own it. Should have saved your money and purchased LIMBO instead.

LIMBO succeeds on many levels, creating a unique and chilling atmosphere while also managing to be both fun and challenging as all hell. The short runtime makes the game feel more like an interactive movie than a game, and is more than worth the asking price. 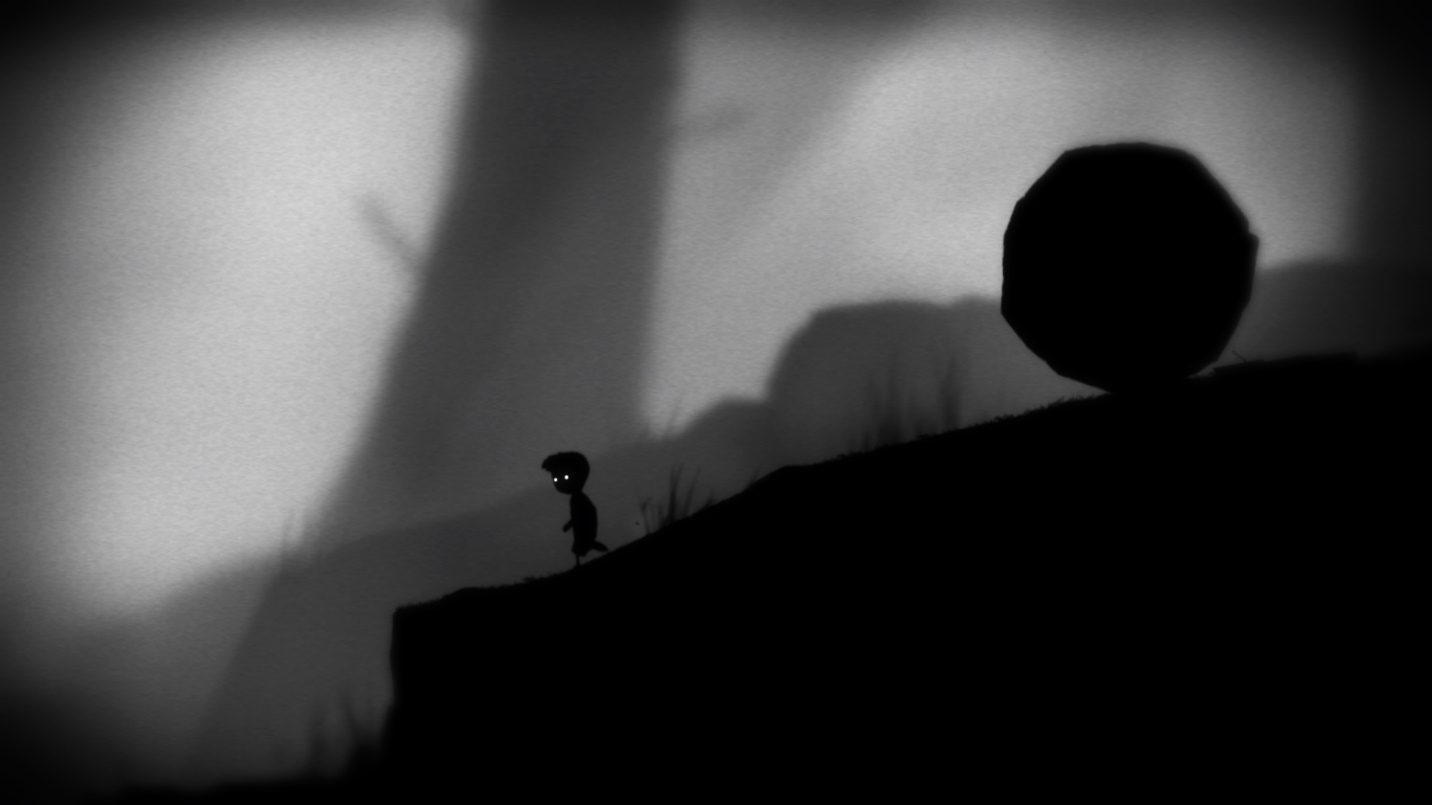