Don't have enough horror in your life? Here. Try this one on for size. 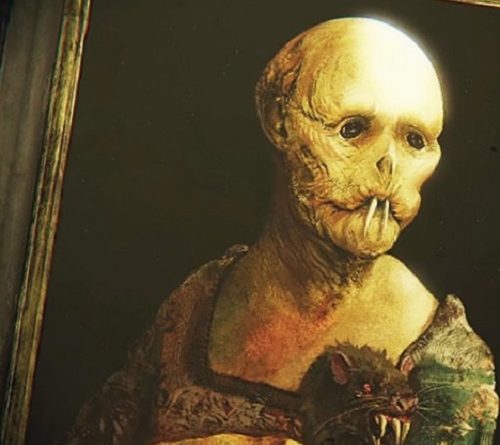 Layers of Fear, a first-person psychological horror game developed by Bloober Team, is not so much a game you play as it is a game you experience. And no, I don’t mean this in terms of clever wordplay; you really don’t do much besides meander around a haunted house and experience fright after fright after fright. Your one and only ability is to open or close doors.

This is not to say that this makes Layers of Fear a boring game, however. In fact, it’s quite the opposite. You play as a painter, plagued with alcoholism and obsession, who attempts to finish his greatest masterpiece. As you soon find out, this “masterpiece” is equal parts tragedy and malevolence – all committed by a living monster. You.

We have a game that takes zero skill in order to play successfully. All one must do to complete it is to pay attention, and at the end, solve a small number of simple puzzles. The level of entertainment found in this game is only equal to how much of your focus you are willing to give it. As you traverse this sprawling, physics-defying mansion, the player is plagued by subtle noises, distorted perspectives, frightening visuals, and loads of nightmarish artwork adorning the walls.

At the start of the game, the house seems relatively benign. Sure, there are bloodied knives and locked doors, but nothing too insane. As the player progresses, however, his or her layers of insanity are pulled back in a feverish pace. Eventually, Layers of Fear becomes a nightmarish display of gorgeously rendered surrealism – like a rendition of a Dali painting through the brush of Satan. As things begin to get more and more impossible, the game’s design truly begins to show its strengths. When walking into a room, there is no guarantee that the room will be the same once you encounter a locked door and have to turn around. There’s no guarantee that you’ll even be in the same room. Walls close in on you unexpectedly. Doorways lead to impossibly horrifying displays of sheer lunacy. And those noises – unexpected crashes or the impossible ringing of phones is enough to drive you insane in real life.

Much like LIMBO, the player is given a limited jumping point for the story and expected to fill in the gaps as they go along. The two are both frightening and intense and last for only a short period. However, being that Layers of Fear is so straightforward – after all, completing it is not a challenge in any real sense – there is a very small replay value for the game. It’s a great game to experience over a dark, stormy night or so, but once it is finished, there isn’t much worth coming back for.

The only real frustration comes in the form of the puzzles. They aren’t difficult, but they do feel out of place. When you’ve spent the entire game simply walking around and picking up clues, even a small amount of effort becomes unwelcome and burdensome. The feeling I got from these puzzles was that they came so late in the game that I felt they were tacked on simply to add length. In that case, a shorter game would have been just as effective, if not more.

The story progresses as the player finds clues, be it letters or something more sinister. A piece of flesh, for example. Towards the end, as the game gets more and more surreal, the player answers a ringing phone to be greeted with the ominous message of, “You deserve this.” At the conclusion of the game when you’ve figured out enough of the story to make sense of what this statement means, it’s enough to shake you to your core.