Rachel Bellwoar @Ziggystarlog Mythology will always have an edge in the storytelling department, but some offerings stand out from the rest. King Minos and the minotaur is one...
by Rachel Bellwoar May 23, 2017 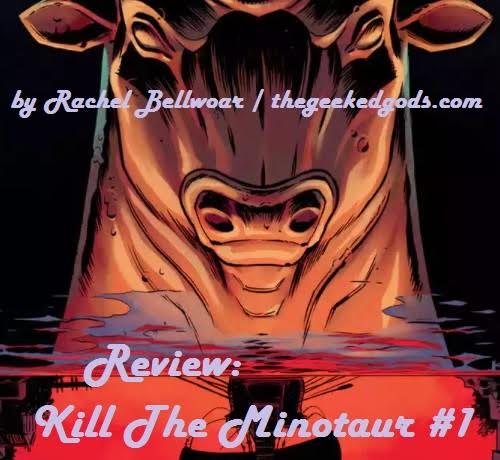 Mythology will always have an edge in the storytelling department, but some offerings stand out from the rest. King Minos and the minotaur is one of them. Born from a feud between Minos and Poseidon, that got taken out on Minos’ wife, the minotaur is Queen Pasiphaë’s son, and King Minos adopts him. 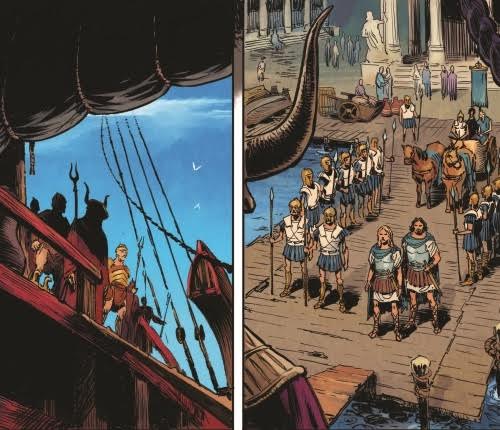 Contained in a labyrinth of Daedalus’ design (you may know his son, Icarus), Kill the Minotaur begins with the royal court questioning their sacrifice’s bad reception. They left the minotaur a bull, but he didn’t seem to like it. This time they try appealing to his human side, with fourteen innocent Athenians. These sacrifices go over much better because eight years later the same tribute’s being ordered, and Prince Theseus of Athens is hostile.

While his father preaches submission for the sake of the greater good, Theseus is your royal hot head, who happens to be in the right. Both too angry, and not angry enough, Theseus is frustrated with his father’s complacency, but in that grating way where he talks bigger than he acts.

A father should have the right to put his life on the line for his daughter, but Theseus takes that choice away when he listens to his dad and intercedes. He complains the whole time, but that makes him petulant, not sympathetic, and that’s the problem. Writers, Chris Pasetto and Christian Cantamessa, write Theseus to be flawed but redeemable, but Theseus doesn’t have that core of decency from which a hero is born. That he could use his position for good someday is a reasonable assertion, but that doesn’t make him a hero.

Minos’ guards insult the families by leaving a gold coin as ‘payment’ for their children. Theseus takes it upon himself to refuse that coin on a family’s behalf. It’s such a pale fight in comparison but his refusal is played up as this small, but righteous, stand. What it shows is a spoiled prince out of touch with his people, wanting to be liked. If this is the kind of heroism he aspires for he’ll be more than an irritating lead, but a disappointing one. 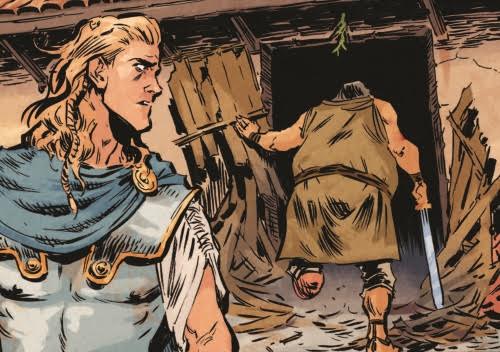 For their hero’s failings, Pasetto and Cantamessa’s villain is ripe with potential. Minos’ acceptance and recognition of the minotaur as his heir puts a wrinkle in his characterization. Kings have disowned their sons for less, and that’s when they were related by blood. Minos never lets a disparaging word slip his lips. As for the impression of a slight by someone else, Minos jumps down their throat.

Then there’s Minos’ treatment of his daughter. She is his flesh and blood, but a girl, and his malicious manhandling of her comes out of nowhere, without being explained. Girl or not, if he’s so ok with raising a minotaur, what’s with the backlash towards her?

It’ll be interesting to see, if we meet the minotaur, what kind of future king we can expect, and the religious context of the minotaur’s birth (Minos believes the Gods have replaced his son with their own) adds another avenue for Pasetto and Cantamessa to explore. 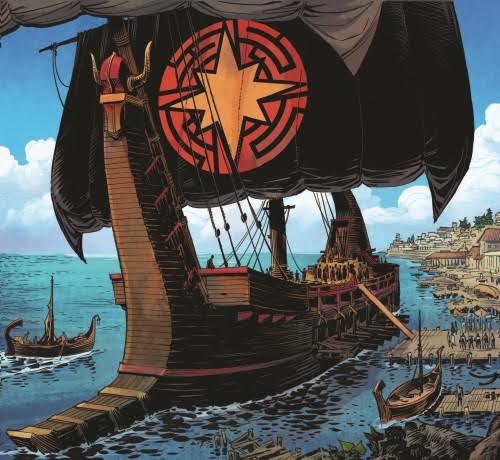 Artist, Lukas Ketner, takes advantage of the coastal, island settings for some great establishing shots of the city and Minos’ ship. The overhead peek at the labyrinth is a letdown (it looks like a crater), but not much to go on. It’s a safe bet we’ll have more chances to forge an opinion later. The waters are crystal blue, the weather ideal, and while that’s no consolation for the Athenians living in tyranny (interiors are constrictive with red wealth), it will make you want to be outdoors in a world colored by Jean-Francois Beaulieu.

I might have wished Kill the Minotaur #1 was less faithful to the myth, but a character death means the story’s taking a turn or going to be smoothed over (hopefully it’s the former). Mixing family with politics always makes a delicious cocktail for drama. If the idea of the chaos that will be roused from attempting to crown a minotaur intrigues you, Kill the Minotaur is the rare comic that can see it through.