Kill or be Killed is one of the most intriguing and entertaining books available right now
by James O'Donnell September 12, 2016 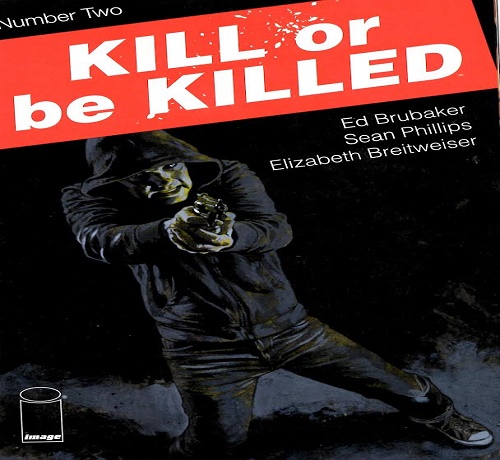 Kill or be Killed #2 continues Brubaker and Phillips masterful tale of death and post-grad existential toil. In this issue, we are given some insight into Dylan’s life before he became a demonic bounty hunter and introduced to some important people in his life. Get ready ladies and gents! Here come the spoilers! 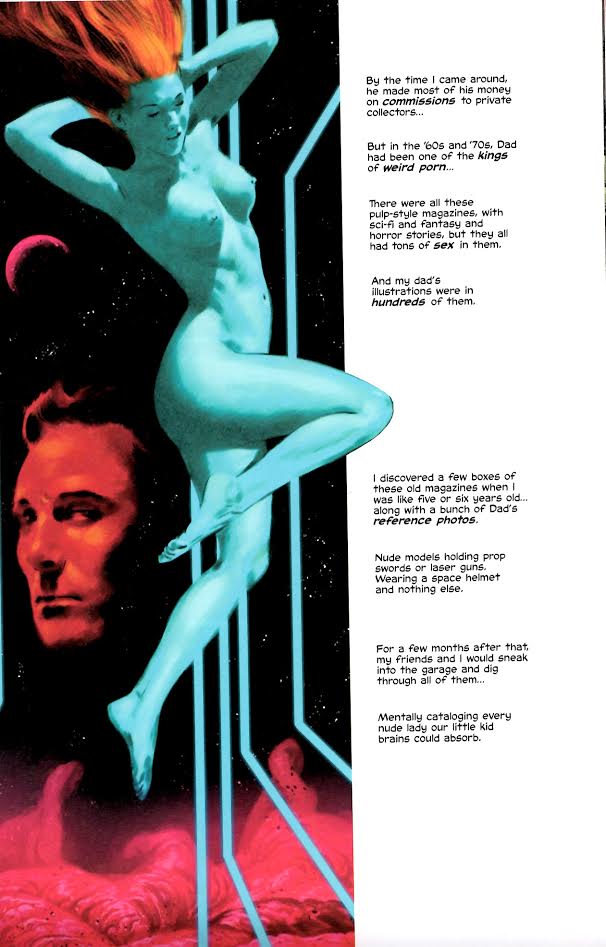 We pick up the story in similar fashion to the first issue, as our narrator eloquently summarizes, by fucking jumping ahead. We find Dylan, resolved to his new fate, stalking his first victim. The recollection is rendered in an almost cinematic style; with the text flanking the flickering vignettes from our protagonist’s memory leading up to the big kill. 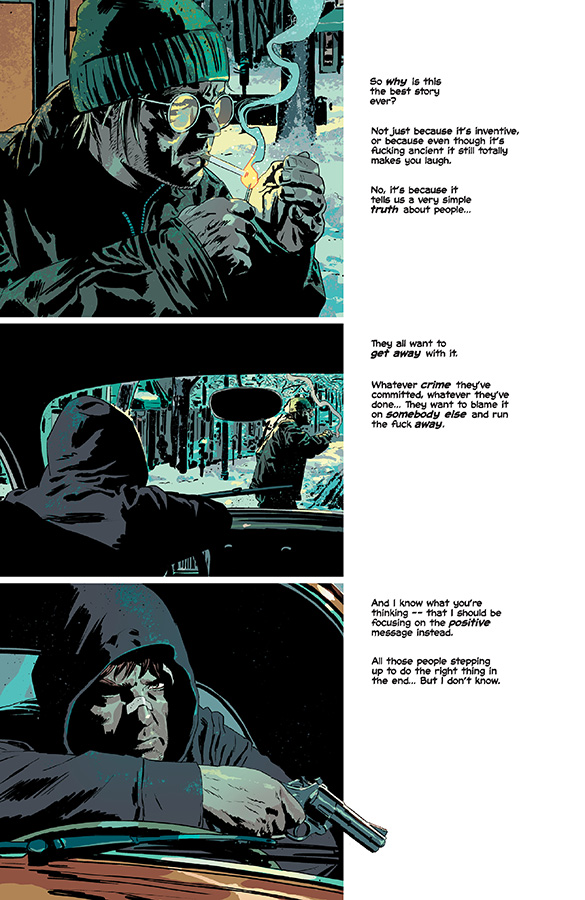 We then shift back to Dylan immediately following the brutal beating he suffered at the hands of several homeless people. Kira begs him see a doctor but having been temporarily freed from the Demon’s curse Dylan insists that he is fine. With Mason out of town Kira sets up a date with Dylan, expecting the fixated response he would have given just hours earlier but Dylan rushes away- preoccupied with the morbid undertaking that lies ahead.

After a failed attempt to purchase an illegal firearm, he experiences a sudden flashback to his childhood and embarks to New Rochelle to retrieve his father’s pistol.

Dylan decides that he will bring some balance to the universe by murdering the indirect killer of his old friend and through the magic of Facebook, is able to track down Teddy’s brother Mark. We then pick up to the beginning of the issue, with Dylan taunting his victim, “This is for Teddy. Remember Teddy?” before delivering the fatal shot. 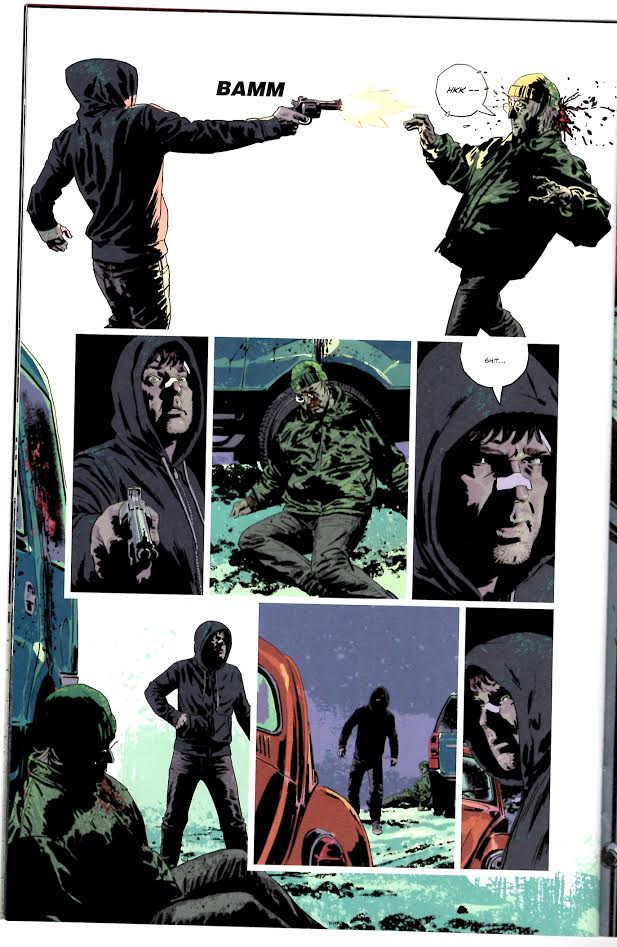 He returns home, to find Kira, drunk and waiting on the couch. Dylan carries her to bed before retreating to his room.

This issue does an amazing job of giving the reader a better understanding of Dylan’s mental state. His father’s alcohol-induced pep talk and eventual suicide were a bleak reminder that the effects of depression can pass down from parent to child. It also continues the disturbing sub-plot that Dylan, a person who was openly addressed his mental health issues, might be imagining this whole thing.

Dylan decides to kill based off of the fact that he feels rejuvenated after getting his ass kicked. Kira almost immediately reminds him that he’s probably riding high from adrenaline endorphins and should probably see a doctor. His decision to kill Mark is based off of a conversation he had when he was eight years old, it’s entirely plausible that, like most human beings, Dylan is suffering from a false memory and decided to murder a human being (one with children I might add).

The expressionist collaboration between Phillips and Breitweiser continues to be one of this book’s greatest strengths. The biggest highlights for me were Dylan’s creepy profile as he prepared to kill Mark and the Frazetta inspired splash that depicts one of Dylan’s Father’s paintings.

What I’m getting at here is that Kill or be Killed one of the most intriguing and entertaining books available right now. If you’re reading this review and haven’t picked up the book yet stop what you’re doing and buy them right now. Seriously, get in your car, drive as fast as you can and pick up these books. This story has yet to miss a step: