Review: Harbinger Down (2015)   I love practical effects. There is nothing that can compete with them. At the point of writing this review, I do not believe that... 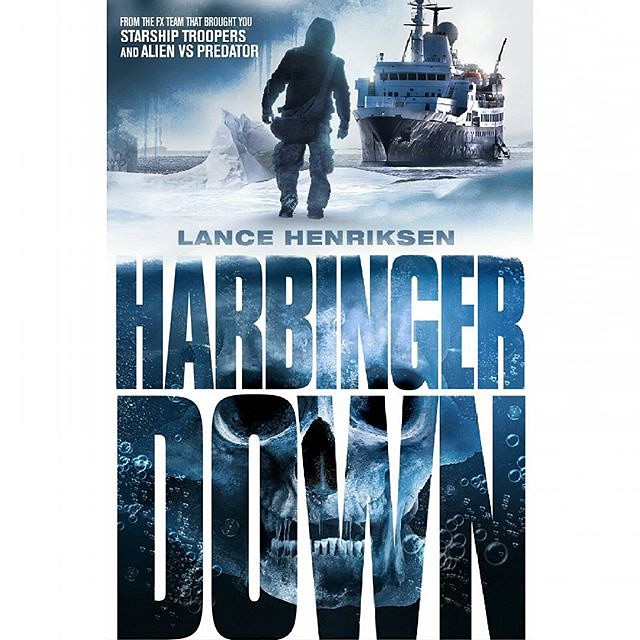 I love practical effects. There is nothing that can compete with them. At the point of writing this review, I do not believe that CGI can ever replace them. There’s just a certain charm and believability about them, despite the fact that maybe newer technology is more advanced and can theoretically work wonders. While there is a place for tasteful CGI, I wholeheartedly believe that it is best used in junction with practical effects. Animatronics. Puppets. Latex. Corn starch and food coloring. There’s nothing that can come close. 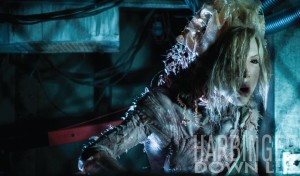 One could only then imagine the level of excitement I felt when I found out about StudioADI’s 2015 film, Harbinger Down. The studio, and more specifically Stan Winston alumni Alec Gillis, boasted a film along the lines of The Thing in which a very talented effects studio could completely go to town and showcase their mastery of practical effects. The story goes that after their disappointment with most of their work being cut out in the 2011 version of The Thing in favor of CGI, they’d decided that they should just make a movie of their own. No studio constraints. No one to tell them that they weren’t going to use their effects. Just an honest, bare-bones practical effects monster movie. They took it to Kickstarter, where anyone who wishes to be free of “The Man” goes these days, and recruited horror legend Lance Henriksen (Pumpkinhead) to star in the film. So, as a fan of StudioADI (they’ve worked on films such as Alien 3 and Tremors) and Mr. Henriksen, I was totally sold. I couldn’t wait.

Then, the movie finally came out. I was ecstatic! My excitement was short-lived, however, as the movie went downhill…fast. By the end of it, I was completely let down, and more than a little bit disappointed. Why? Let’s get started.

The plot of this movie seemed like it was really going to let the effects in this movie shine. A team of researchers board a ship (The Harbinger) in the Bering Sea to study the effects of Global Warming on the ice. While aboard the fishing ship, they come across a piece of Soviet space garbage, which contains a sleeping alien lifeform. Now, this is a horror movie, so upon awakening, the alien does not want to make friends; instead, it wants to harvest their bodies and rip them into pieces, just like The Thing. Okay, so it’s not completely original, but that doesn’t have to be a totally bad thing. Good acting can totally sell the story, regardless of whether or not the story has been told before. 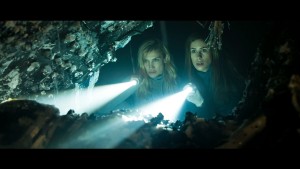 Outside of Henriksen, every line seems forced and overly dramatic. It felt like a soap opera on a boat with aliens. It just didn’t hold up, at all. The clichés were intense; the characters were that out of a horror movie spoof. Still, Lance Henriksen seemed to hold it all together, making up for the lack of genuine enthusiasm from the others with a solid performance of his own.

Once again, we’re mainly watching this movie so we can get some awesome monster sequences, so the acting is forgivable. I’ve seen boatloads of films from the 80’s where the acting was way worse than this, and they ultimately proved redeemable because of great effects and over-the-top gore. So I let it slide. I knew from the Kickstarter that the alien lifeforms were going to look awesome.

And then, they didn’t. They looked completely bogged down by horrible CGI.

WHAT!? After all of those promises in the Kickstarter and vehemently denying that this film would be tainted by CGI, its downfall comes due to CGI? How is that even possible?

I wish I knew. Apparently, StudioADI reasoned that the CGI was simply to take wires out of the puppets or to enhance the practical effects. Whatever their reasons are, I’m not buying it. It brings down the film so badly that I was a little more than disappointed after my first watch; instead, I was a bit angry. I felt lied to. It felt like a big, hard slap in the face. From the Kickstarter page itself:

Harbinger Down is our homage to the films that put this art on the map. Having said that, this is a contemporary film, so we’d be foolish not to take advantage of the latest digital tools. Shooting digitally saves money. We’ll also use digital tools to help our animatronics look better. Rod/Rig removal and compositing of miniature puppets are acceptable uses of digital. Other appropriate uses of digital would be adding breath vapor, snow fall, compositing skies, etc. But please allow me to repeat: There will be NO digitally animated Creatures in this film. 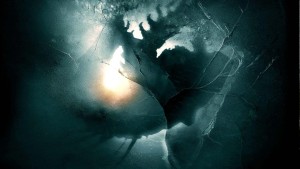 We were led to believe this would be a direct homage to films like The Thing, but instead of that, we are left with a movie that has all of the things that make John Carpenter’s masterpiece great dragged down by terrible additions of CGI. I truly wish that I could have loved this movie. If it was done better, it could have been used as an argument to the studios that they should keep employing the talents of practical effects studios. Instead, we have a weak product with weak looking creatures, redeemable only by the acting of Lance Henriksen, who seems to lend a little bit of light in anything he is featured in…including Harbinger Down.

Would I be as angry at this movie had I not followed it from the beginning? Probably not. However, this movie was supposed to be for the fans. If that is true, they showed it in a very strange, very half-hearted way.

Still…I can’t say that I wouldn’t give StudioADI another chance. If they decided to do another film and improve on this, maybe I would back it. Part of me believes that it was just an amateur attempt and not actually a middle-finger of a film. Their work, up until now, has always been impressive and more than worthwhile. Sometimes I feel that films which are funded through Kickstarter do not always get the care they need from an accomplished director or writer. Harbinger Down is absolutely a victim of that instance. They have all the right tools, but not the right directions. Maybe they just need a little help next time.

Their Kickstarter page can be viewed at the link here: https://www.kickstarter.com/projects/1117671683/harbinger-down-a-practical-creature-fx-film/description