Nerds of the world, take heed: you need to read Ernest Cline’s Ready Player One. 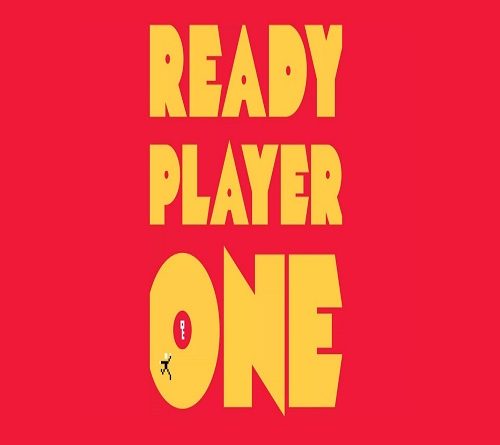 Nerds of the world, take heed: you need to read Ernest Cline’s Ready Player One. If you want to skip the rest of this review, fine. At least you’ve got my message.

Ready Player One focuses on a dystopian future in which all of humanity has let the real world crumble in favor of spending all of their waking moments in a virtual reality console called OASIS. The OASIS, a computerized world influenced highly by the 1980s in which you can do basically anything you could ever possibly desire, is every geek’s dream come true. It’s even every non-geek’s dream come true; you can do anything you want in the OASIS. Who needs fresh air?

The story is narrated by a kid Gunter named Wade Watts. Gunter, slang for “Egg Hunter”, is a person obsessed with finding OASIS creator James Halliday’s final “Easter Egg” in the game. For those of you who are not into video games, an Easter Egg is a hidden secret that only a select few can find. The winner of the Egg Hunt will be granted unlimited power in The OASIS as well as all of Halliday’s earthly possessions, as the hunt was started the day Halliday died with a posthumous video outlined the rules. Three keys are needed to open three gates, and once the final gate is opened and cleared, you have won the hunt. Watts is the first to find such a key, giving way to pandemonium from both Gunters and corporate goons who wish to control the OASIS for their own greedy desires. If the egg falls into the wrong hands, this wonderful (and free for everyone to use) virtual reality will be ruined forever.

Wade, also known by his avatar name “Wad3”, has no friends in real life. However, the competition for the egg helps to form a friendship with Aech, a fellow Gunter, and friendly rivalry / an awkward crush with Art3mis, an internet famous blogger and Gunter. The three embark on a virtual mission to see which of them can find the egg first, with the sixers (see “corporate goons” above) close behind.

The book is flooded with a constant barrage of references from the ‘80s, when Halliday grew up. Every clue and every reference left behind from him has something to do with the decade, making everything about that golden era of early video games and pop culture cheese to come back into the mainstream. Every Gunter’s favorite song, book, movie, or video game is lifted from the ‘80s; reading this is like taking a crash course in Atari and hairspray. If you don’t know anything about games like Joust or Adventure, you certainly will once you put down the book – which may not be until it’s completely finished.

I’m usually a fast reader, but I prefer to read in short spurts. I received Ready Player One on Friday night and finished early Sunday morning. The book was glued to my hands and eyes from the start, and I was addicted. There aren’t many things in this world that can truly capture my attention this way, but Ernest Cline’s nerdgasm of a novel certainly did. The story is incredibly fast paced and exciting, but still takes the time to give enough explanations for just about everything as to not leave any plotholes. It’s written from the perspective of Watts, and is therefore written the way that one would expect a young gamer to communicate. Cline does not waste time using cumbersome words and flowery metaphors; he’s much more focused on getting his epic nerd tale across as easily as possible.

My first impression of the book was that of concern. How could I read an entire novel about being inside of a videogame? Very soon into reading the book, however, I found myself wishing during the parts outside of the OASIS that Cline would steer the story back into the game. Much like the characters in this book, you could say that I too became addicted to Halliday’s creation.

Let’s be clear on one thing: this book is most likely not going to change the way you see the world. It’s not going to make you see things in a different light and force you to be a better person or give you any revelations on the nature of the universe.

Instead, Ready Player One stands out by just being really, really fun. It’s a lot like the movies that Cline refers to so often in its fantastic nature. It’s lighthearted and yet still manages to be seriously compelling; it’s got more heart than most recent books or movies. The characters aren’t particularly deep, but they all have some sort of relatable message to bring to the table in one way or another. And if you’re a fan of any form of retro video games, not reading it would be making a huge mistake.

The worst thing you could say about Ernest Cline’s debut novel is that there isn’t anything that comes to mind like it. Once Ready Player One is finished, there aren’t many books in the world that I know of that will be able to combine video games and ‘80s pop culture the way this one can.

Oh well. I guess that means I’ll just have to read it again.