Review: Eleanor & The Egret #1 By Rachel Bellwoar   Broken up into subsections, the prologue to AfterShock’s Eleanor & the Egret #1 is a spooky, green tinted affair...
by Guest March 31, 2017

Broken up into subsections, the prologue to AfterShock’s Eleanor & the Egret #1 is a spooky, green tinted affair colored by Ronda Pattinson and set in a murky swamp. A woodcut border suggestive of Jan Brett encapsulates panels and can also be seen around the title on the cover. Standing in water up to her ankles, Eleanor’s posture and drapey, strapless dress makes her a Grecian model standing for a portrait. Suddenly she dashes across a two-page spread, tripping into the mud without bracing herself. Terrified and dripping, the prologue ends with her inches away from an egg in a nest. 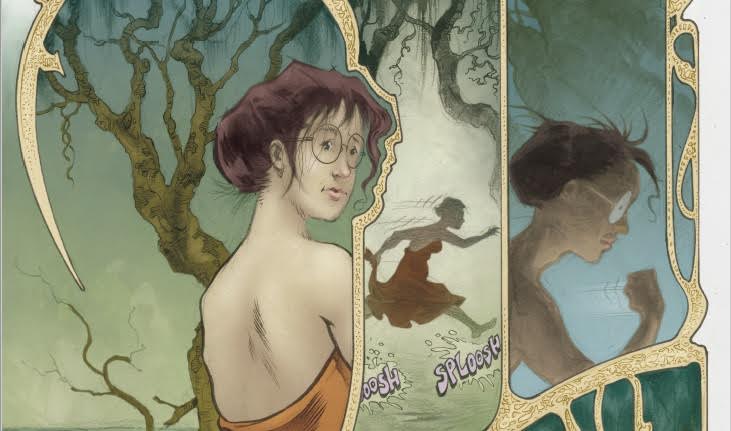 What led Eleanor to run away, and did she have reason to run? Her sprint could have been induced by the threat of danger but the first moment we see her brazenly alarmed is staring face to face with the egg. Why is she in a swamp anyway? Unless there’s another Egret in her life, that egg goes on to be her accomplice. By hopping to a pink frosted Paris next, writer, John Layman, is setting us up to forget. Either the events that led Eleanor and the egret to be partners were scary, or there’s already more to this unusual bird than meets the eye.

The Paris art world is where our story takes place. A painting has been stolen from the Musée de Couleurs Étonnantes, and the two detectives on the job are an odd couple of ponytail hipster (Detective Belanger) and Mr. Monopoly with a plastered smile on his face (chief). Chief has been watching too much TV, riddling off buzzwords like “modus operandi” and “calling card,” but both have brought their pets to the job. Belanger’s cat, Cheswick, is sniffing around for evidence. 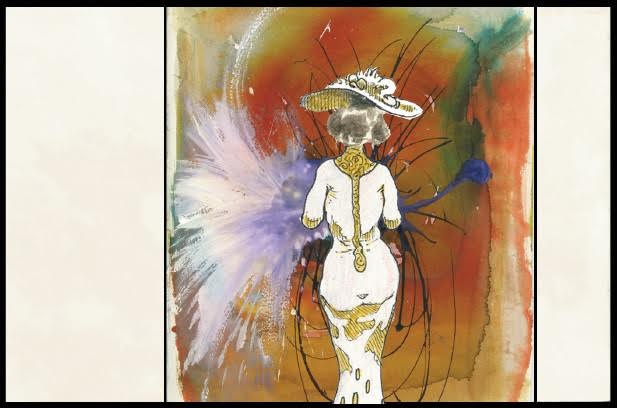 Sam Kieth’s expressions for Eleanor are extremely precise. You end up staring at them with the same intensity Eleanor stares at a painting at the museum. Words sometimes aren’t readily available to describe the feelings he’s captured. Try saying Eleanor’s happy or sad and it’s not enough. It feels like a lie or an insult. The best word I can think of to describe the face she’s making, standing in front of a painting, is stupefied. Wearing a high collar dress and sophisticated hat, her reaction is completely unguarded. 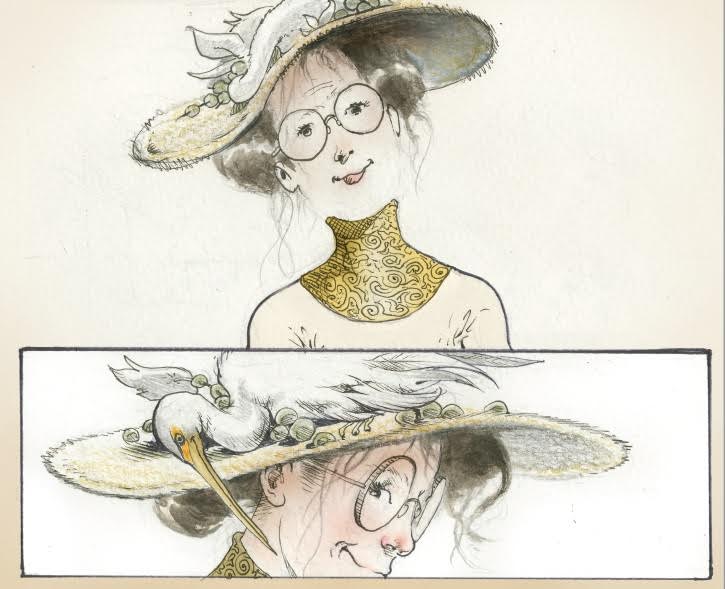 From that emotion, the next panel is a very different expression, a crinkled mouth of Eleanor trying to hold in her laughter because she’s pulled one over on somebody. “Who is the real Eleanor?” Towards the end of Eleanor & the Egret #1 we’re confronted with this question, and three of the Eleanor’s we’ve met are lined up side by side. It never occurred to me while reading that they were different people. Disguises can be tied to secret identities, but Eleanor doesn’t act like she’s playing a part. She lies, dresses differently to go unrecognized, but is herself. The question is flawed, but nothing else in this opening issue is. Some animals purr, and others need to shushed from speaking in orange speech bubbles, but the tongue and cheek way ordinary objects are labeled in blunt pencil lettering by Layman means they’re about to be used for an extraordinary purpose.