While it seems like a straightforward claustrophobic thriller, the moral questions involved make for something much deeper 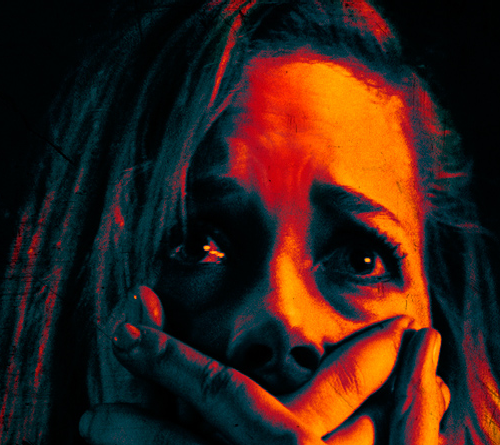 Rocky (Jane Levy) is a young thief in Detroit with some serious family issues at home. Her mother is a lowlife, and recently she’s brought a new man into their house, nazi hand tattoos and all. She’s desperate to find a way out of Detroit, mainly to help her baby sister escape this toxic environment, and so, she’s taken to stealing. Her boyfriend Money (Daniel Zovatto) has found the golden ticket – a blind man (Stephen Lang) is sitting on, for lack of a better term, a goldmine. His daughter died in a car accident and the settlement has been stashed away (hopefully) in his house. Along with the help of nice guy Alex (Dylan Minnette), the three plan one last heist before they skip town.

But, as it turns out, nothing is ever that easy.

I’ve been a fan of director Fede Alvarez since his phenomenal work on the 2012 remake of The Evil Dead, which also starred Levy. The young actress has some serious chops, and the two are proving to be an excellent pair if their two collaborations are any indication. Don’t Breathe works best as a study of morality; are bad actions justified to rectify bad situations? Ultimately, this is something that the viewer is left to figure out for themselves – and it works wonderfully. While it seems like a straightforward claustrophobic thriller, the moral questions involved make for something much deeper. And, in a twist of fate, the blind man may not be so innocent after all. Does this change anything, though? Who is right in this situation once the finer details are revealed? Is anyone? 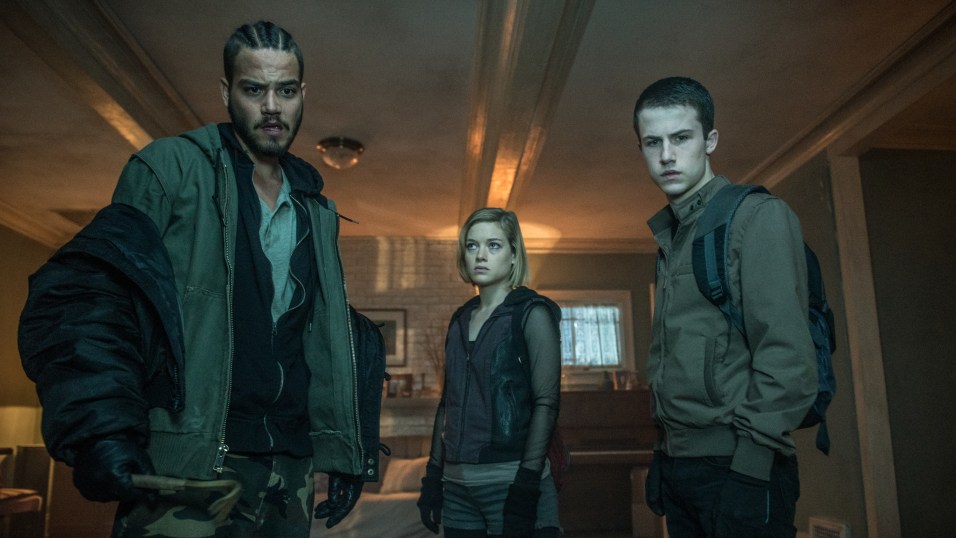 While Levy’s character gets a decent backstory, giving the viewer more insight into what may be causing her to break the law, the two other male leads don’t get as much attention. For what it’s worth, the character of Money is scummy and aggravating, making Levy’s character seem a bit less innocent given the fact that she’s dating Mr. Right. We have no reason to care about Money whatsoever, and actually may root for him to be killed off out of frustration alone. On the other hand, Alex is simply the nice guy who is stuck in the friend zone while the jerk gets the girl. It’s a bit contrived and doesn’t give anyone much of a reason to root for Alex either; still, to their credits, they play their parts well.

Don’t Breathe’s strongest traits are the quick camerawork and the foreshadowing peppered throughout the film. The clever angles and fluid motions make the film highly pleasing to watch on a filmmaking aspect alone. They’re succinct and tight, disregarding urges to shake the camera violently whenever we’re supposed to feel jarred. When the lights inevitably go out, the colors switch to a greyscale instead of using a generic night vision filter. It’s strange that, although the movie feels so claustrophobic, the house also feels very big. It seems all the more unsettling because there are so many ways out, but all of these are accounted for by the blind man. Overall, Don’t Breathe is a satisfying thriller that plays out like a moral rollercoaster. It’s violent, but the violence doesn’t overwhelm the rest of the film and attempt to make up for any lagging in the cat-and-mouse aspect. There are numerous twists and turns – including a cameo from Cujo’s little brother – and will have you holding your breath the entire time. If there’s one thing to learn from this movie, it’s that please, for the love of God, don’t steal from blind people. It’s just not nice. Don’t Breathe, however, is very nice. For fans of violent tension, that is.

The Geeked Gods Score: 3.5/5. Recommended; it won’t change your life, but it’s well-done and extremely entertaining.