This summer, after much prompting from commercials during Doctor Who, I decided to watch season one of Dirk Gently. What a terrific show to have been missing out on...
by Rachel Bellwoar August 16, 2017 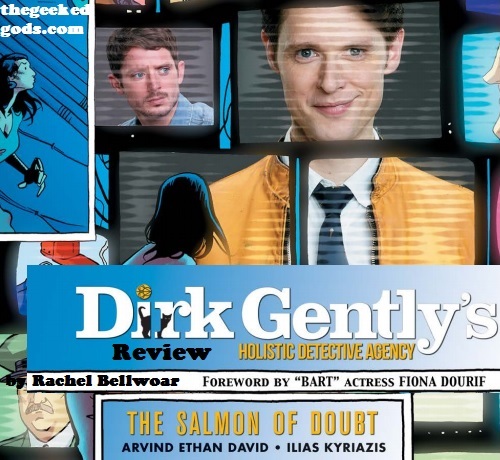 This summer, after much prompting from commercials during Doctor Who, I decided to watch season one of Dirk Gently. What a terrific show to have been missing out on these past few months. Based on books by Douglas Adams (who also wrote a little sci-fi number called Hitchhiker’s Guide to the Galaxy), Dirk is a holistic detective. That means he solves cases, not by using physical evidence (don’t get him started on Sherlock Holmes), but by looking at the connections between events in the universe. It’s not the most satisfying explanation but, over the course of season one, seemingly disparate storylines make more sense once they fall in chronological order. It’s also important to note that magic, or at least supernatural forces, open the series to time travel and other phenomena unexplained by conventional science. 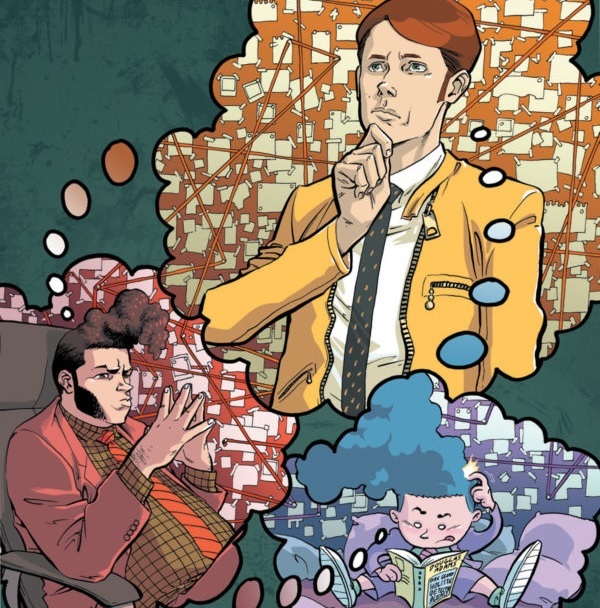 The Salmon of Doubt is IDW’s latest Dirk Gently comic series. Never has there been a more seamless merging of a TV show and a title that was being published before the show started airing. Dirk doesn’t look like Samuel Barnett, who plays Dirk on the show, but rather than start over and discard past issues altogether, Salmon of Doubt incorporates comics Dirk and his assistant, Sally with TV Dirk and his assistant, Todd (played on the show by Elijah Wood). The first volume focuses on a subject the show has hinted at before: who, or what is Dirk Gently?

Starting with a look at his childhood, Dirk has been noticing changes to his memories lately. Certain details have been amended from what actually took place. Dirk calls it remembering extra, not forgetting what occurred, but he hopes meeting with a friend will help bring some clarity to the situation. 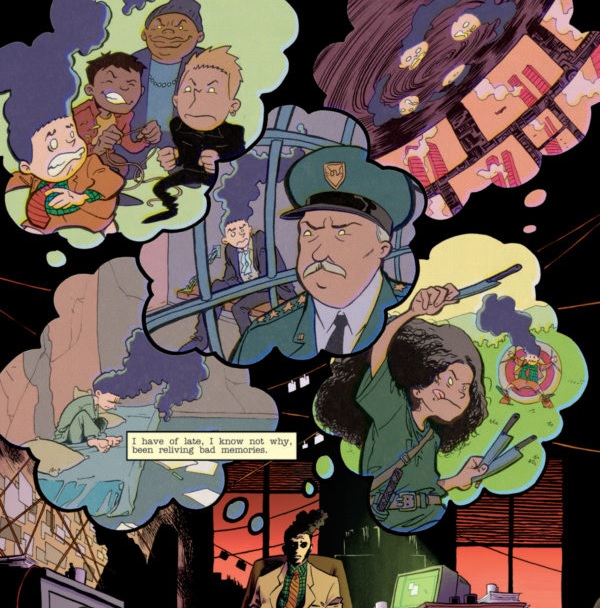 Salmon of Doubt is an out-there adventure, but in trying to imagine how uninitiated readers will handle the material, it’s helpful that the story rules out anything from being impossible. A talking cat exists for no reason beyond its inclusion is pleasurable. That’s what you’re signing up for with this series. Familiarity with the show makes certain characters recognizable. The comic is set slightly before the events of season one, so there are even some mysteries solved that the show hasn’t answered yet (it’ll be interesting to see if these answers get included in season two or are left as a treat for those who pick up the volume). Even something like the room of TV screens that never rises above visual flourish on the show become an actual place in the comics. That’s not something you need to know to understand what’s going on, but it rewards fans of both iterations.

The execution of the book keeps you on your toes as much as the characters themselves, which include special, science-related guest stars. Dirk once dresses up like the Fourth Doctor but his buoyant personality, and wonder at the unknown make him a ringer for the Eleventh. Writer, Arvind Ethan David, has fun playing with and retracting words to attempt and describe what’s going on, and it’s a privilege to encounter layouts as exciting as an artist like Ilias Kyriazis’. A spread in chapter two asks you to turn the book on its side, and Kyriazis’ panels refuse to be bland, with Dirk talking and his comments being visualized on a train car window in chapter one. 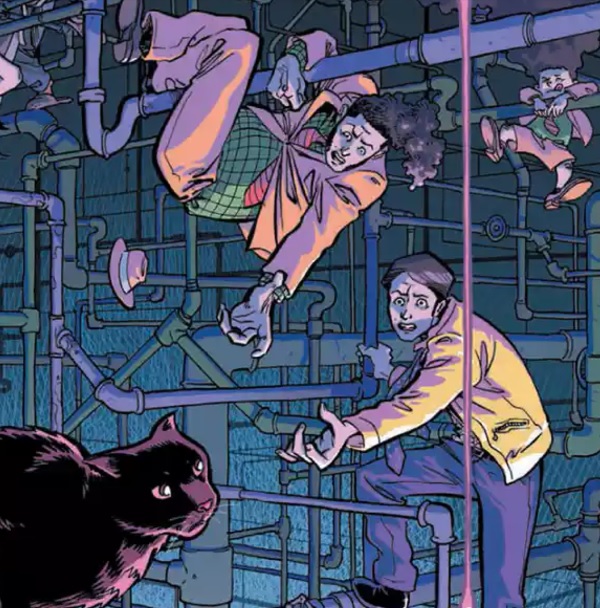 Lettering by Shawn Lee, Robbie Robbins, Chris Mowry, and Tom B. Long is indispensable to the movement and quick pace of the dialogue. Rather than show Dirk walking, the same effect of constant motion is achieved by breaking speech bubbles apart. Dirk Gently: Salmon of Doubt pulls out all the stops to entertain readers with what can be accomplished when you surrender to letting your imagination run wild.