An overwhelming sense of atmosphere drowns a meandering plot - but it works in the movie's favor. 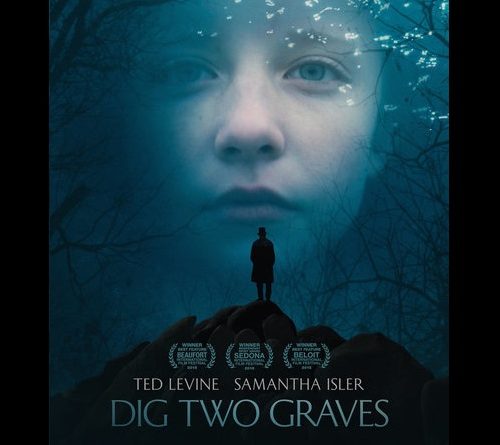 Dig Two Graves, starring veteran actor Ted Levine, is an interesting movie. It is unique in that it is really not all that good yet surprisingly watchable at the same time. In an era where maybe too much emphasis is being consistently put on mood instead of storyline, Dig Two Graves is a clear winner – if the race is to make a pretty-looking movie with a plot that is largely nonexistent yet very dull when it does occasionally make an appearance.

Hunter Adam’s film, described as a gothic Midwestern 1970’s-set noir juxtaposition, focuses on a young girl named Jake (Samantha Isler) who watches her brother disappear after jumping off a cliff into a body of water. Though the official description for the film leads us to believe that Jake is obsessed with this event, the girl actually seems to be dealing with it quite well – too well, in fact – yet at the same time, she is led to strike a deal with a not-quite-ominous Abraham Lincoln-styled specter of a man. To bring her brother back, she must replace him with someone else.

Jake finds solace in her grandfather, Sheriff Waterhouse (Ted Levine), who has some secrets of his own. Levine, who is probably best known for his role as Buffalo Bill in The Silence of the Lambs, gives an amazing performance as Waterhouse in spite of a meandering and Flashback-heavy plot. He is caring yet filled with regret. Waterhouse is one of those characters where you can’t help but find comfort in him, though you know he is hiding some dark secret.

The film’s title refers to an old proverb that says “before you start on a journey of revenge, be sure to dig two graves.” The quote, quite obviously, illustrates the destructiveness that is the whole concept of revenge. It’s a great quote, and it makes for a great movie title. Here’s the issue: this would hold a lot of weight if the characters seeking revenge were the main focus of the film. A character who embarks on a self-destructive path to deal with their grief who ends up destroying themselves is a tragic and often useful plot device – if the character is good at heart. If the character is just a throwaway villain, the viewer should not be expected to have much sympathy for their destructive nature. Waterhouse is not the one seeking revenge, and neither is Jake. So do you care?

To be honest, no, at least personally, I do not. Dig Two Graves witholds nearly every important detail in the film until its conclusion where everything is then laid out too plainly in an unsatisfying and somewhat silly way. So is it really a film about revenge if the viewer cannot connect with the person seeking revenge?

I’ve just laid out all the negatives of the movie, of which there are many. I began by saying that the film was watchable regardless, and I do stand that. The cinematography is gorgeous. The set designs are convincing. The sound engineering on the film is moody and atmospheric. Ted Levine’s acting is excellent – he won an award for Best Actor at the Beaufort International Film Festival in 2015 (the film was not given a wide release until this year). Dig Two Graves is a very pleasing film to watch and listen to – but your mind may be distracted and wander elsewhere due to its confusing and ineffective plot.

The film is now streaming on Netflix.