Well, that was upsetting. 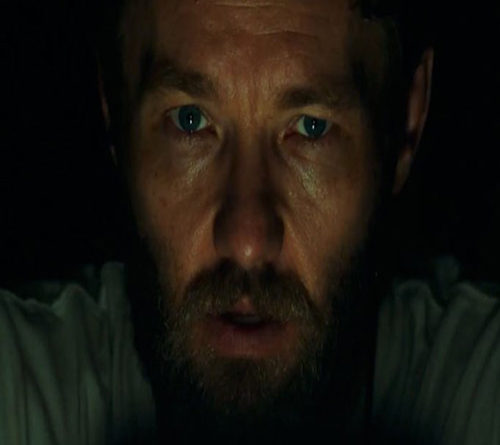 Do you like feeling sad? Because that’s what’s going to happen after watching It Comes at Night. You’re going to end up feeling really, really sad. And that’s about it.

I’m not throwing insults at the movie – that is clearly the point of the film. Trey Edward Shults crafts a meticulous, well-made picture that doesn’t seem to have any underlying purpose except to give you a sense of severe anxiety and dread. For many, that’s exactly what they look for in a film. It is a purposely vague and dark excursion into unhappiness. Beautifully shot and expertly scripted, it succeeds in every technical aspect.

The problem with It Comes at Night lies in the enjoyment factor. This is not a film for everyone. In the midst of some sort of end of the world scenario, Shults’ film begins with a father and son shooting and burning their elder family member. The old man has been sick and ravaged with some sort of virus; they wear gloves and gas masks as the flames rise. What the virus is does not matter. How you get it does not matter. What does is that it exists. The importance of it are not the fine details but how the characters in the film deal with it. 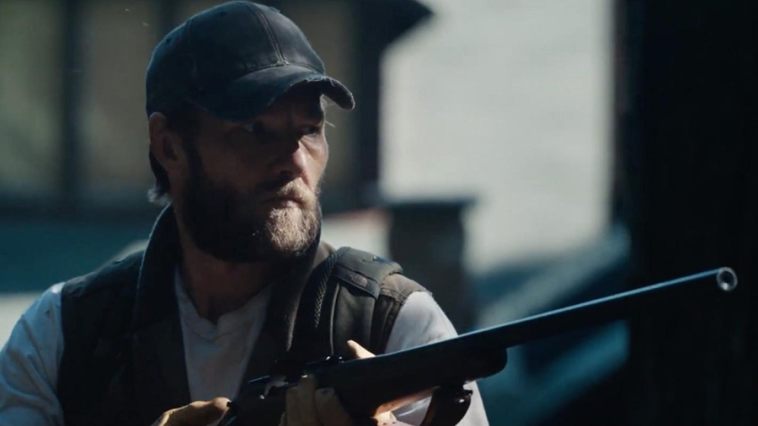 Given the tone of the movie, one can rightfully expect everyone to crumble underneath the claustrophobic constraints that have been self-appointed to keep them safe from the virus. Joel Edgerton, Kelvin Harrison Jr., and Carmen Ejogo all play their parts as a small, functioning but strict family well. The problems arise when Paul (Edgerton) finds that a man has broken into the house, claiming he is searching for water for his own three-piece family. After initial distrust, Paul’s family allows the stranger’s family to come into their home – but can they really trust each other?

There is no antagonist in this film. It Comes at Night features no monsters, no purposely evil villains, and nothing that goes bump in the night. The tension comes from the two families simply trying to do what they think is best for their own individual party and slipping up in disastrous ways.

Without spoiling anything, the film ends on a very upsetting tone. It’s almost too much – it certainly was too much for me, and I can’t really say with full honesty that I enjoyed the film. Can anyone really enjoy something like this? Though it’s hard for me to see it, I know that many do. It appears to me that It Comes at Night really wants to be poignant, but instead ends up predictably dreary. From what I understand, that is the point of a film like that; there are no punches to be pulled. It doesn’t even matter what is going to happen at the end, or even five minutes from the current scene. What does matter is the feeling you are receiving at this exact moment.

I have no desire to watch it again – once is enough for me. What I can say is that is was incredibly well-made; the cinematography, in particular, shines in the film. The big letdown of this film, for me, is not that it simply exists to convey emotion to the audience. There are plenty of films that exist for that reason alone and I still enjoy them. Take Twin Peaks for example; it’s quirky, weird, scary, funny, and sad. After an hour and a half of the same unrelentingly depressed feeling in It Comes at Night, the movie begins to get very old. Maybe I’m just better off watching Spongebob.

The Aggregate-You are the captain of this story