In a world built on your dreams, can you truly be safe? In Image’s new series “Black Cloud,” that’s the question at the forefront. The protagonist Zelda has some...
by Former Writers April 3, 2017 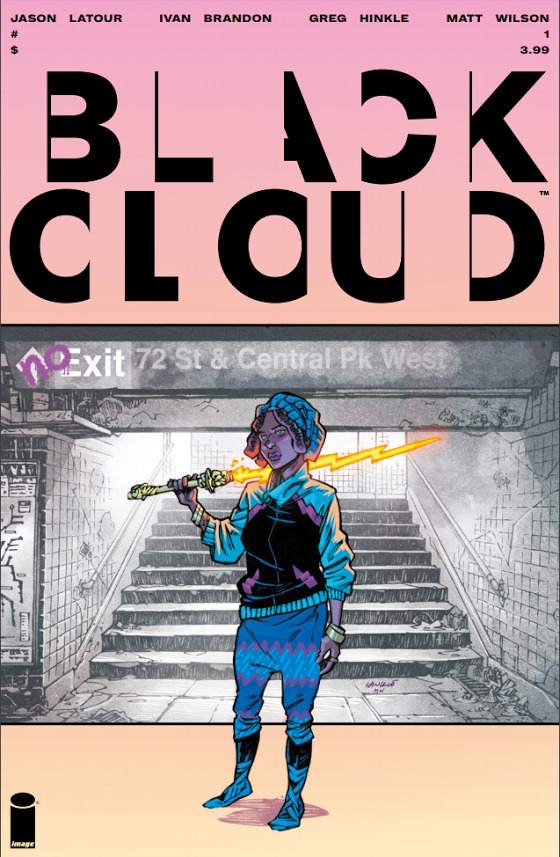 In a world built on your dreams, can you truly be safe? In Image’s new series “Black Cloud,” that’s the question at the forefront. The protagonist Zelda has some strange ability to bring others into a weird, dream world, and she’s using it to work a long con. But inside the dream world, no one is safe: people who recognize her don’t trust her and want her gone, and to do so they’ve enlisted a mysterious man-like creature who seems to control water.

We catch brief glimpses of protagonist Zelda’s personality, but there’s clearly more to her than meets the eye.

There’s a lot to take in here, and it’s honestly a little overwhelming. The driving force here is the weird world Zelda can travel into and her relation to it. Zelda’s other world is colored in such a way that you know she’s the most important person in the room. Pretty notable for a room filled with animals who think they’re humans. We do get to know Zelda; not intimately, but we get a good feel for her personality. She’s a different character than we’re used to in comics, a grifter using her abilities to con the rich and bored out of their money. There is a level of depth and mystery to her, and it shines through. You get a definite feeling that she may not necessarily be a bad person, just someone in over their head and struggling to make do. There’s enough to the world that I feel myself wanting to keep going, so I can solve the mystery of Zelda’s weird dream world.

A large part of bringing the dream world to life falls on the art, and it delivers in spades. The use of color and black and white to depict the dream world and where it’s inhabitants stand raises many questions. It’s not entirely clear to what extent this world is real or how it affects those who are in color versus those who aren’t, but it is clearly very perilous. The slight, cartoony feel of the dream world does help give it a unique personality, clearly separating it from Zelda’s real world. 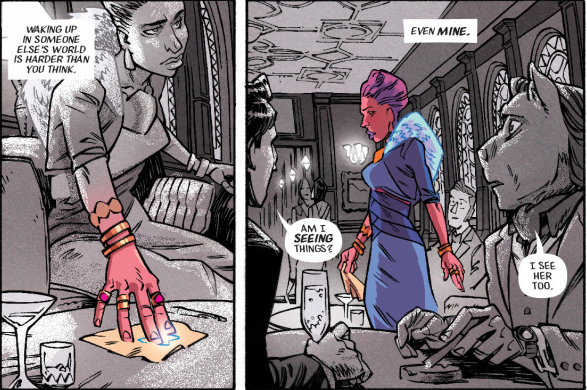 Coloring is used to highlight the weirdness and disparity of the dream world.

I walked away from “Black Cloud” feeling like there was plenty more to learn about this world, and curious to find out what it all means. I came away with nothing but questions, but for the first issue that’s a good thing. There’s enough here to keep me interested, and this is one I’m certainly eager to return to down the road.