Review – Batman: The Long Halloween As evidenced in Gotham by Gaslight, Batman stories seem to work best when the man in black is doing what he was originally... 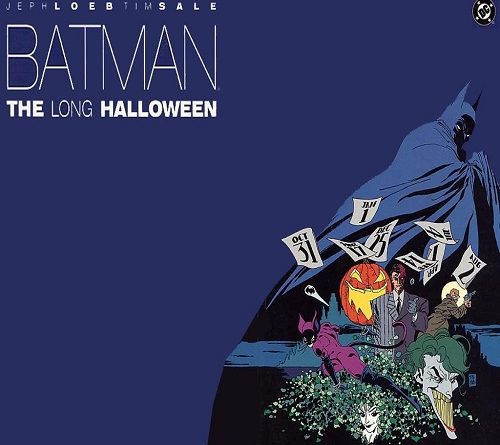 As evidenced in Gotham by Gaslight, Batman stories seem to work best when the man in black is doing what he was originally intended to do – detective work. Here, in Jeph Loeb’s The Long Halloween, we get exactly that. Plus a little bit more.

The story focuses on a killer who only strikes on the holidays, beginning with (most expectedly) Halloween. Known as “The Holiday Killer”, Bats, along with then-captain Gordon and a pre-villainous Harvey Dent, must use their best investigative work to discover the identity of this serial killer and stop him. Concurrently, they must stop a crime war between two Godfather-inspired families, the Maronis and the Falcones. 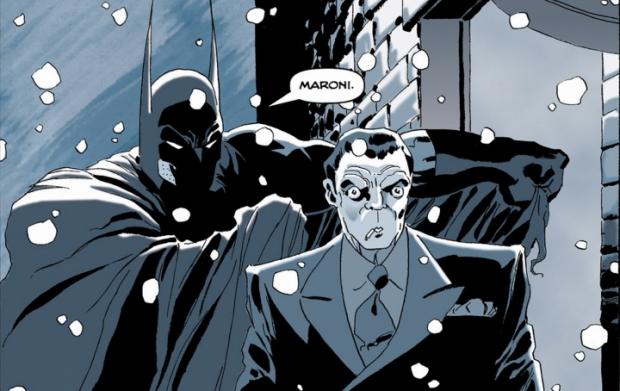 Taking place during the same time period as Year One, the Batman here is a very stripped down version of the hero. The villains are more or less insane criminals and not yet the super villains that they will eventually become. Batman relies here on nothing but wits and empirical deduction to solve the case – with a bit of good ole’ fist fights here and there, too.

It’s a long story – the trade paperback is around 350 pages long – but it’s well worth the lengthy journey to get through it. Each of the thirteen issues collected here focuses on a different holiday, and with it usually comes a new villain. In The Long Halloween, we see some of Batman’s most famous foes in their earliest forms; we have the Joker, Poison Ivy, and a murderous team of the Mad Hatter and the Scarecrow, the latter of which has always been one of my favorite villains in the DC Univers. Loeb does an excellent job of keeping the reader guessing as to just who Holiday is the entire time, leaving us with a number of reveals that are both surprising and very well done.

But the two things that truly stand out here in this collection are Tim Sale’s art and the origin story of Two-Face. Sale portrays most of the characters reasonably enough, with no one looking too cartoonish or unrealistic, but when it comes to the villains, all bets are off. The Joker seems to have 1,000 crooked teeth, and his jawline defies the laws of physics, while his movements are closer to a spider’s than a human’s. All of the villains are drawn to show a display of insanity and high levels of creativity, working with a dark color palette to give the reader something both unique and memorable. This may be the best that the Joker has ever looked and ever will look.

Harvey Dent, or Two-Face, is the other big selling point in The Long Halloween. The way that his character is portrayed here is commonly known for being the inspiration for Christopher Nolan’s Batman films, and it makes total sense. We see the development of a man who is just pushed too far – a man that wants to keep his city safe but is driven to the point of murderous insanity. This isn’t a very happy tale of the Batman. This is one of darkness and murder.

If you’d like to get into Batman but don’t know where to start, this is a good jumping point. The Long Halloween gives enough variety in its villains to keep almost every fan satisfied, contained in a story that’s not burdened with ridiculous devices and Batmobiles. It’s a very barebones Batman, one that works very well. And that art! Wow. It’s been said that this is one of the greatest Batman stories ever by numerous comic book readers, and after finishing these thirteen issues, I cannot disagree.

Batman’s detective work is on full display here with a cast of colorful and insane characters to satisfy almost any fan of the dark knight. Sale’s art is breathtaking. 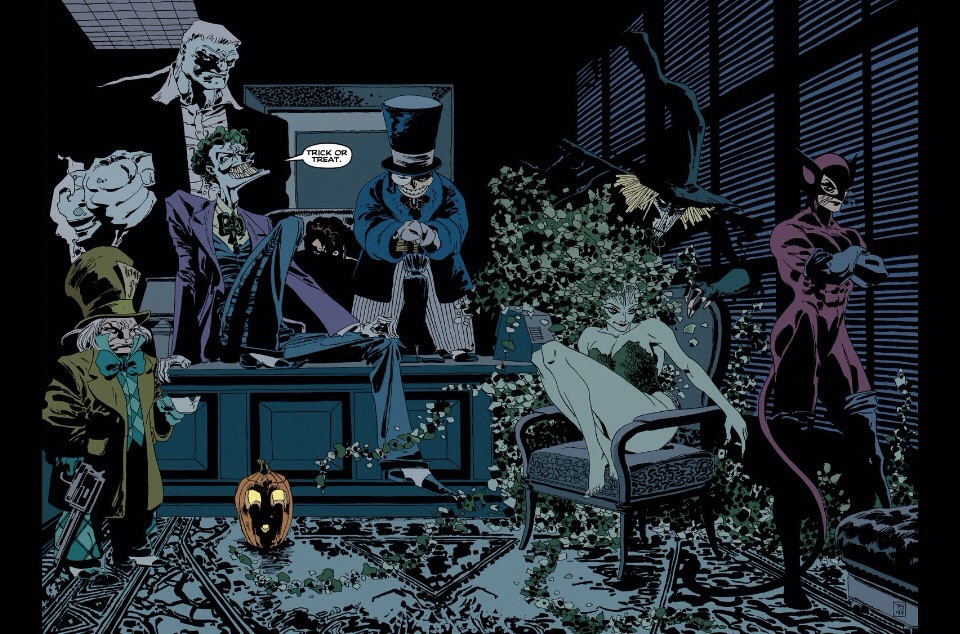