Towards the end of 2016, I was feeling very upset with the horror genre as a whole. Yes, me; an unabashed horror fanatic, who gives more horror films the... 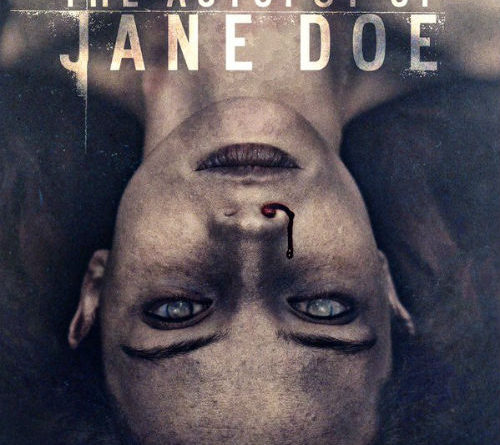 Towards the end of 2016, I was feeling very upset with the horror genre as a whole. Yes, me; an unabashed horror fanatic, who gives more horror films the benefit of the doubt than he cares to admit, was almost fed up. Arthouse films seemed to run amok and the most recent couple of horror films to be released at the end of last year was just, well, bad. They all seemed to be headed in the same pretentious and soulless direction. There just didn’t seem to be any fun left. Everything was so straight faced and bleak.

The Autopsy of Jane Doe was just what I needed during this time; I just didn’t know it yet. Released in December, Jane Doe is thrilling, scary, and genuinely creepy. But what I liked most of all was that the film wasn’t trying to prove anything. It’s a horror film and it doesn’t have any misconceptions about that fact.

The Autopsy of Jane Doe follows a father and son duo of coroners who take on a last minute Jane Doe. An unidentified woman is brought into their family-run mortuary. She is dead, but there are no signs of what could have done it whatsoever. No marks are found on her body. She looks as if she had died within an hour of her arriving there, and yet, she was found in the basement of a murder scene where every other person involved was dead long before her. So what was it? What – or who – killed her? And why? As the movie unravels, we find out more and more about what exactly has happened to this Jane Doe, and one thing remains clear: something is not right. As each piece of the puzzle is uncovered, things get stranger and stranger – just the way I like it. Yes, this is a fun film. Assuming you like a general sense of eeriness of course. You do like those kind of things, don’t you?

André Øvredal, best known for his work on Trollhunter from 2010, directs his first English-language film with this little ol’ creepshow. He successfully floods the film with a feeling of strange and horrified bewilderment, expressed with genuine delight by leads Emile Hirsch and Brian Cox, who play as the aforementioned Tilden family. Both of them give off them absolutely sold me in their deliveries – Cox plays a burdened man who is suffering from the loss of his wife, and Hirsch compliments this with a character who is in youthful and much less rigid than his father. He’s got starry eyes and a young bounce in his step, and all he wants to do is go out to the movies with his girlfriend but is stuck cutting open dead bodies instead. Oh, the joys of family.

As The Autopsy of Jane Doe progresses, the tone takes a noticeable shift towards the last act. While it does fall into a territory that is all-too-familiar and a bit cliche, it becomes a little faster pace and will undoubtedly either make or break the film for many viewers. That’s all I can say without spoiling anything on it; for me, it was a gripping and exhilarating direction for the film to go in.

Øvredal’s film was a welcome surprise for me and couldn’t have come at a better time. Did this influence my fondness for this movie? Possibly. But if you’re like me, and you’ve been keeping up with the current state of the horror genre, I think you’ll agree in saying that Jane Doe is a breath of fresh air.

The Autopsy of Jane Doe is tense and eery, but it doesn’t strive to be anything more than exactly what it is – supernatural horror film that is best watched late at night in the darkness.