Even the most hardcore fans of the influential show may be shocked at what the return of Twin Peaks holds. 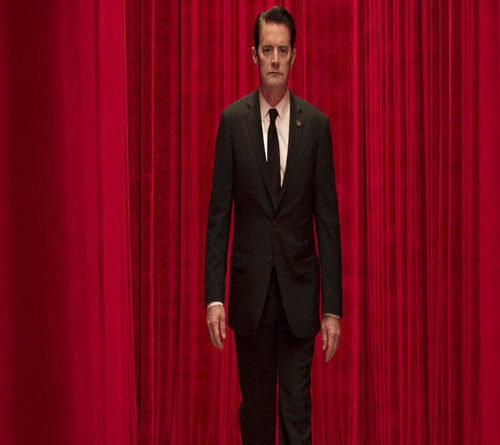 David Lynch may be the most celebrated surrealist filmmaker in the history of film, and going into any of his works with a set of preconceived notions is a fool’s errand. He’s never been one to care what people think. Lynch is a director who, for the most part, has successfully done things his own way and for his own reasons. For the revival of Twin Peaks, Lynch’s newly-unrestricted vision for the shows proves as much.

Even the most hardcore fans of the influential show may be shocked at what the return of Twin Peaks holds. This is a show that is vastly different from the previous two seasons of the show, and even the feature film Fire Walk With Me for that matter. In its original format, the show was a dreamy yet unsettling experiment in breaking genre barriers and creating something inexplicable yet oddly familiar. The revival is a much more gory and bleak affair than its predecessor. Surprisingly, the influence of Eraserhead is extremely prevalent in many aspects, most notably the sound design and abstract dialog. During Sunday’s premiere, the returning viewer gets a glimpse into some of what has transpired since the series abrupt and early ending (the show was canceled prematurely, much to the chagrin of just about everybody). Agent Dale Cooper (Kyle MacLachlan) is still trapped inside of the mysterious Black Lodge as his doppelgänger runs amok, possessed by Bob. A long time has passed; as Laura Palmer (Sheryl Lee) pointed out during the ending moments of the series original run, it’s been about 25 years, give or take one. (I’m not that good at math). The town of Twin Peaks has clearly changed; the inhabitants are older and some seem tired, weathered by Laura’s murder decades later. Most notably is Sarah Palmer (Grace Zabriskie), who is seen by herself, drinking, smoking, and watching videos of the animal kingdom at its most violent in a darkened room.

But the focus is in a much larger scope than just Twin Peaks. In South Dakota, the murder of Ruth Davenport has just occurred. A high school Principal’s fingerprints have been found all over the room. In New York, a young college student watches a glass box for hours on end waiting for something to change.

And none of this makes any sense. It doesn’t make sense now, and with the shift in tone, I’m not sure it ever will. I’m not sure if it is even meant to.

Lynch’s new vision of the show feels much more like an abstract work of art than a television series. The narrative is loose and convoluted; there are a number of storylines running parallel with each other, but they are told in a way that could really only be described as being told through a “Lynchian” narrative. To be honest, I really have no idea what the Hell is going on in Twin Peaks right now. I don’t know what I’m supposed to be feeling, either – but I think that’s the point.

I do know that there is something wrong. That much is a fact; the murder displays this quite graphically. I know that x Hawk is on the search for Cooper. I also know that Bob is in trouble, and his time in this plane of reality may be limited. But that’s about it.

I cannot guarantee that returning fans will be very pleased with the much-anticipated return of the show. In fact, I’m convinced that many will be frustrated. There are sure to be those who feel slighted by Lynch and Frost. Where are the cozy comforts of Badalementi’s score, outside of the opening? The jazzy interludes that permeated many of the silly scenes? And where is the lighthearted goofiness? Everything feels so heavy; so bleak; so abstract.

I didn’t expect the show to return like this. I’m not sure what I expected in the first place; I do, however, know that going into any of David Lynch’s works with expectations is a fool’s errand. Surprised as I may be, I am very happy with the change in tone. I appreciate the fact that the return of Twin Peaks is not a simple rehash and instead comes in the form of a reinvention.

Though I hope that we will get much more of MacLachlan’s charming delivery of Cooper in a familiar form again, I welcome the new direction with anticipation and intrigue. Lynch is an incredible artist, and I have faith that we will all be learning the truth of what’s going on in the new series soon enough – or, at the very least, our own individual versions of the truth.

And for the newcomer to Twin Peaks, all I can say is “good luck.”