RETCON #1 Review  By John Saavedra   Retcon is a strange animal from the minds of Matt Nixon and Toby Cypress, with far out illustrations and an even weirder...
by John Saavedra September 13, 2017 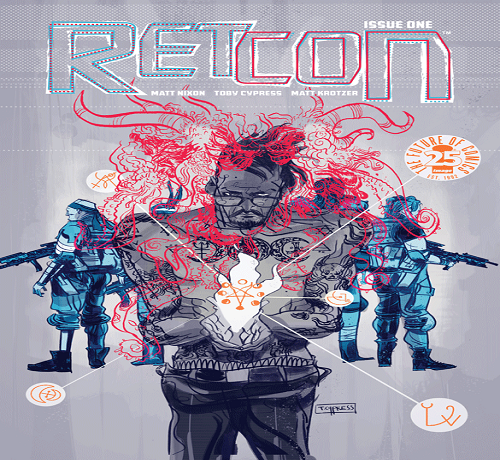 Retcon is a strange animal from the minds of Matt Nixon and Toby Cypress, with far out illustrations and an even weirder concept. As Nixon describes it in the back of the book, Retcon takes a pretty common comic book trope, “retroactive continuity” (reimagining and reshaping something that happened in the past to fit current events in a story), and makes it the plot of the entire book. Basically, protagonist Brandon is stuck in a story he’s experienced many times before, with alterations and different outcomes. It’s an infinite time loop of cause and effect that leaves the characters in this book in quite the predicament. 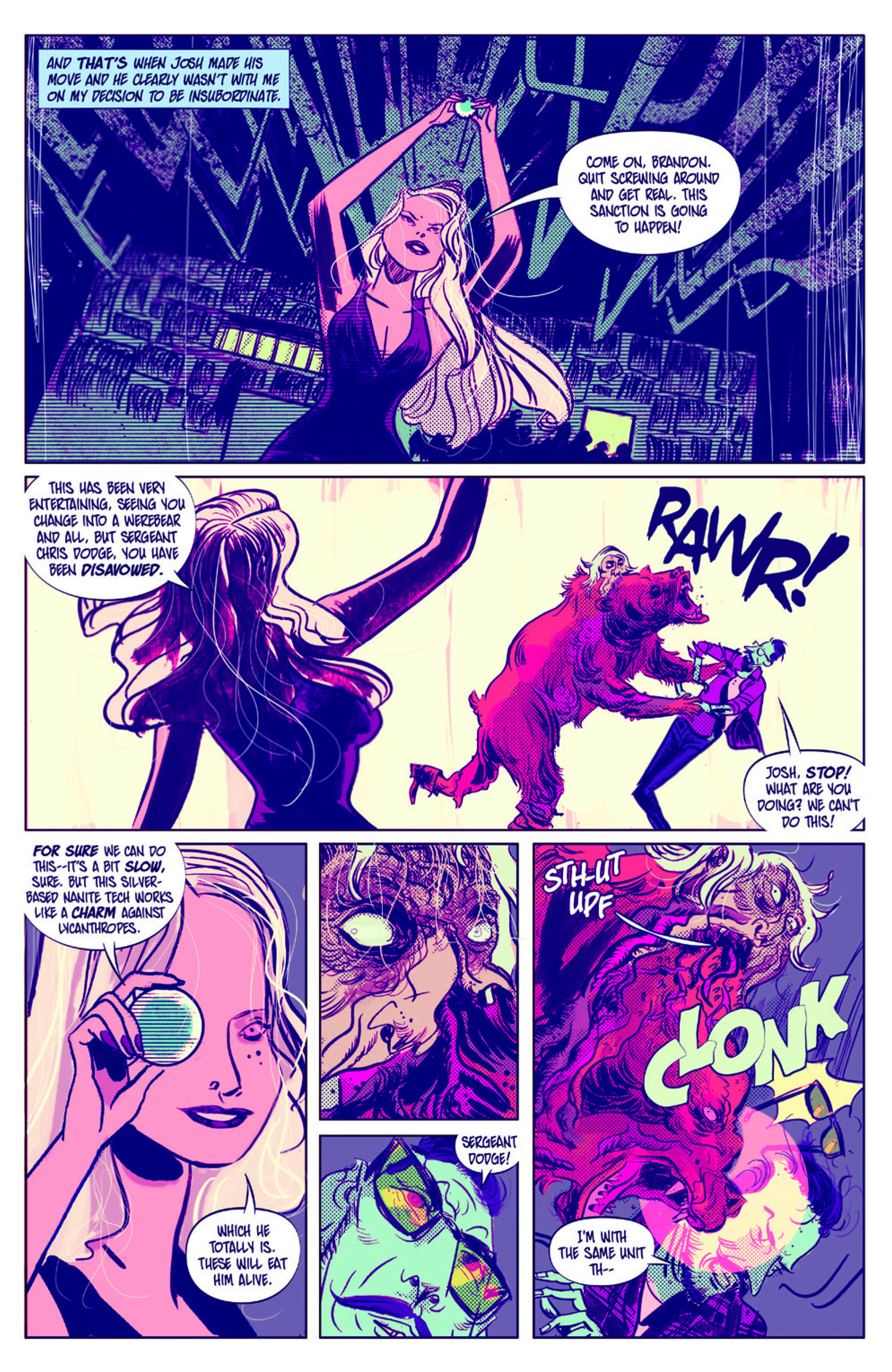 From the very first scene, you get the sense that things are quite a bit off. Nixon does a great job of delivering snappy dialogue that gives us enough to follow the story without bogging us down with exposition. It also helps that the characters all read like weirdos and often carry the scenes. There’s a dude who was once part of a military task force that fought supernatural threats in Iraq. Another character is a man known as Skinwalker, who can take over any body he wants, making him the perfect assassin because he can never be traced or spotted. Then there’s Brandon, who…is a former bartender turned government agent with a secret power that’s very gruesome.

The book is described as a mashup of David Lynch via artists Steve Ditko and Jim Steranko, and that definitely comes across in the first issue, which handles its story fast and loose. One second Brandon and Skinwalker eyeing their target inside a church during an AA meeting when suddenly there’s a ferocious bear tearing people apart. Nixon doesn’t really allow readers to gain their footing before putting them in the action, and that’s by design. The book has a sort of disorienting quality to it. 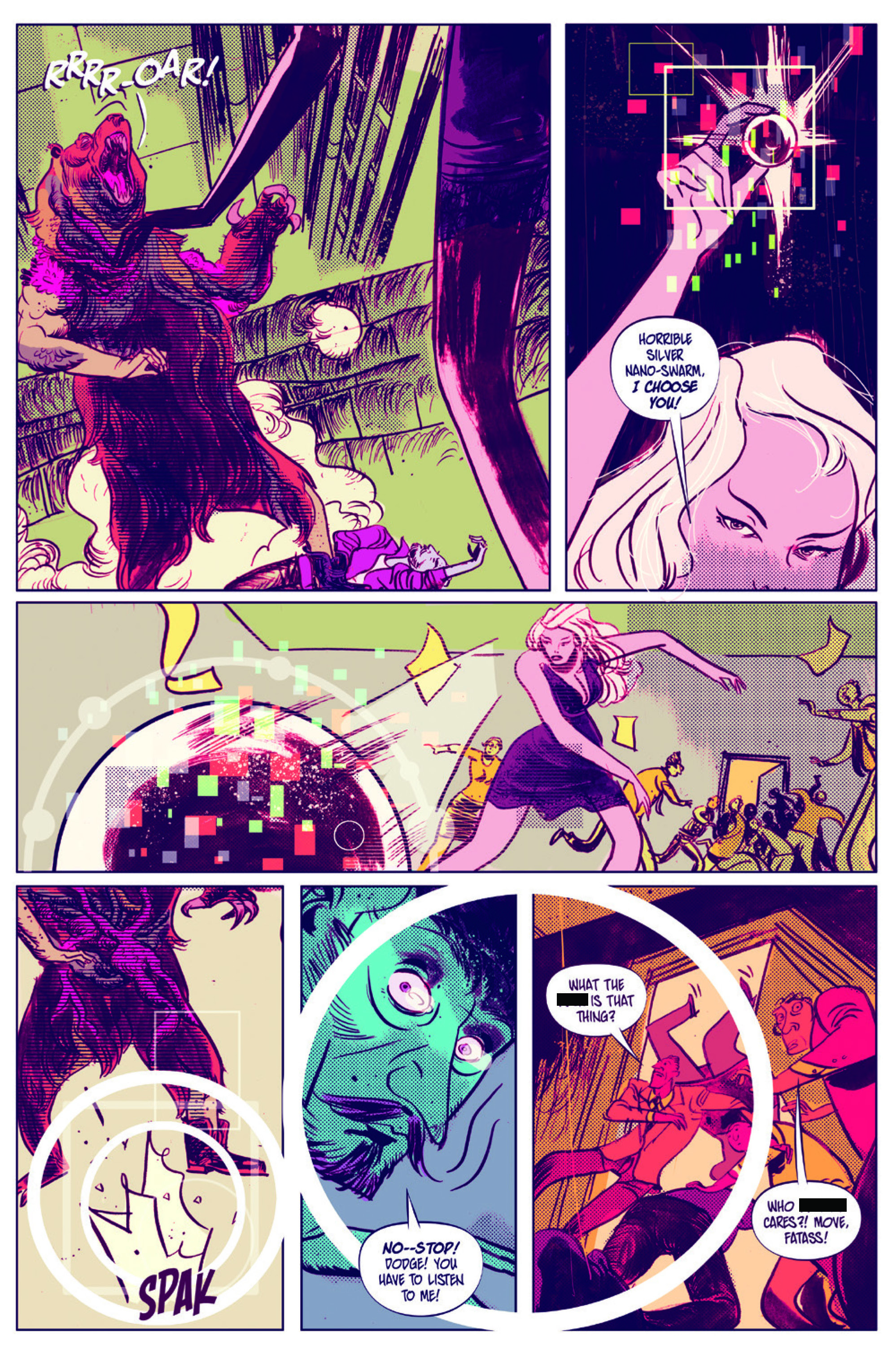 A lot of that has to do with Cypress’ art, which is psychedelic and beautiful. The action scenes pack a particular punch, as the spy antics take over the book. It’s guns and explosions galore in Retcon #1.

Cypress is particularly great at delivering tons of gruesome David Cronenberg-inspired body horror that is all over this book. Bodies morph into gruesome disfigurements, characters grow extra limbs, and some people melt. There’s basically a different kind of weird mutation on every page. People are turning into monsters left and a right in this book. I have a feeling that Cypress is going to really enjoy grossing us out throughout this series. 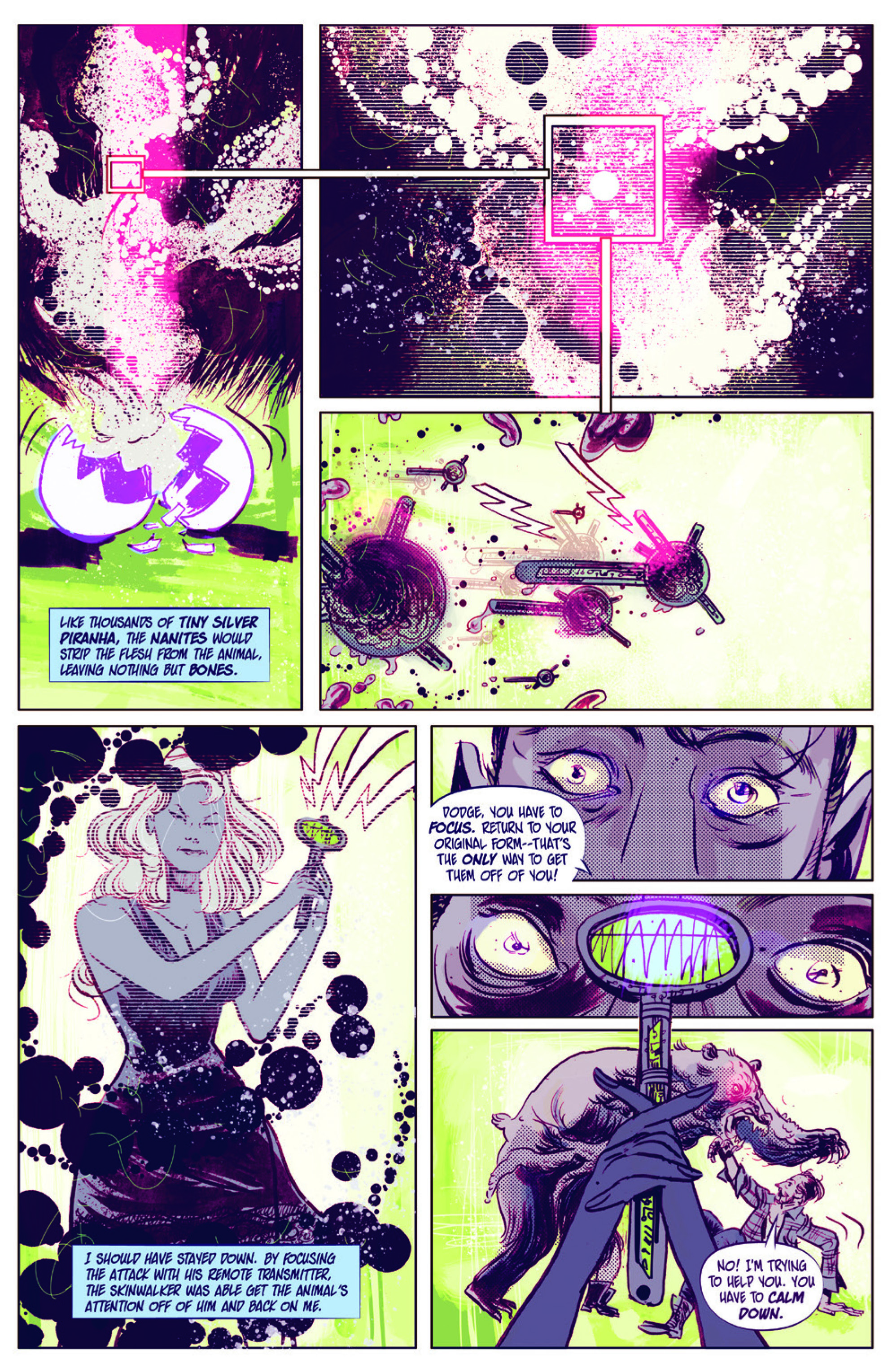 After finishing Retcon #1, I’m still not sure what the heck is going on. Brandon seems to me like the best way into the story. He’s the most “normal” dude in the book, but still manages to spook you out when you find out he’s also able to do some pretty weird stuff with his own body. The book ends with a change of allegiances that will probably pit Brandon against some unforeseen new enemies, all of them probably gruesome as hell.