Addiction is a monster in itself, and writer/director Bryan Bertino doesn’t simply want you to know that; he wants you to feel that. In creating a film that does nothing in... 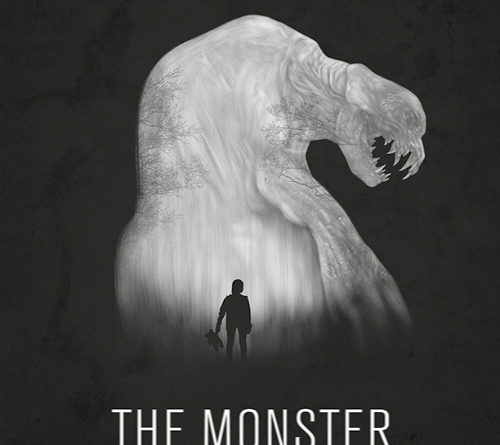 Addiction is a monster in itself, and writer/director Bryan Bertino doesn’t simply want you to know that; he wants you to feel that. In creating a film that does nothing in any way to glorify the trauma of addiction, Bertino’s The Monster makes an extremely articulate – if not overtly obvious – statement on this disease that has destroyed millions of families. The film is heartwrenching, moving, and above all, scary. In other words, The Monster is an excellent horror film.

The basic premise of the movie is this: a mother (Zoe Kazan) and daughter (Ella Ballentine) break down in the middle of the night and hit a wolf. But they were not the only ones to do damage to the canine; they quickly notice that on its body are horrible wounds. Wounds that look like they came from something much bigger than the wolf. Then, the wolf disappears. Something had to move it, and could probably guess that this thing, whatever it is, was the one to do it.

The Monster flashes between the current situation in the road and the circumstances that led them there. More specifically, the movie flashes back to scenes in which the pair fight and argue. Multiple sequences go by in which the mother’s addiction has caused her life to derail. It shows her as a broken, horrible person. It seems to make no effort to describe Kazan’s character in any way besides selfish, and this is one of the true strengths of the story.

Often, movies that deal with drug addiction gloss over the pain and the heartbreak that their characters face by being a little too easy on the addict. They show both sides; the good and the bad. However, this is a situation where they seems to be no silver lining to the mother and daughter relationship; Kathy, the mother, is not kind to her child. Her alcohol and drug addiction has taken over her life. Caught in the middle is her daughter, Lizzy, and therein lies the allegory between the monster in the road and the monster in their relationship.

Through all of this, it is clear that Kathy does love her daughter.  Lizzy, despite her frustrations, feels the same. This is where the trauma appears in the film. This addiction – this monster – is ripping their lives apart. Despite all of Kathy’s actions, you still want her and her daughter to have a happy ending. You want her to be better than this; you want her to be a good mother. And though some may undoubtedly criticize the film for being a bit too “on the nose” with the metaphorical aspect, I feel that Bertino is actually attempting to hammer it into our heads about how horrible this situation is for everyone involved.

It’s one thing to feel scared by a horror movie, but it’s another thing to feel emotionally crushed by it. Bertino’s simple film about a mother and a daughter breaking down in the middle of the night has a lot more depth than one might think at first glance. At the end of the day it feels much more like a dramatic portrait of a broken family that just happens to include a monster in it than a horror movie. For that, I think The Monster is a homerun.