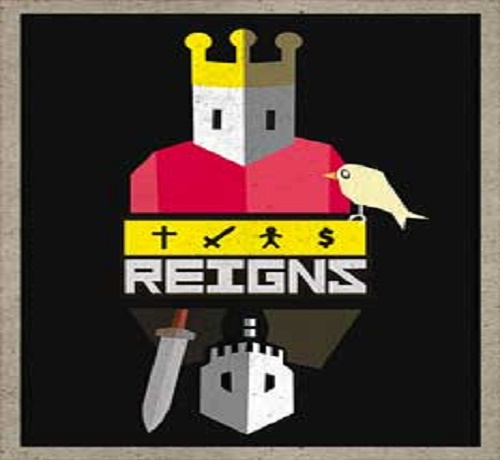 You are the King. For each decision, you only have two choices. Survive the exercise of power and the craziness of your advisors… as long as you can.

In Reigns, you take on the role of a powerful monarchy spanning generations. From your abstract throne, you must balance the needs of your kingdom’s church, people, military, and treasury. If any one of these values gets too low or too high your monarch will meet a grisly end but don’t worry, your heirs will take over where you left off.

I’ve heard Reigns described as Game of Thrones meets tinder; it may sound strange, but this is probably the best description I can give for this weird little indie game. Its interface is beyond simple, you can swipe left or right to decide yes or no as you are addressed by a geometric picture of whatever character is asking you for help and a series of four meters represent the state of the kingdom. The simple art style is brought together with an understated, occasionally spooky soundtrack by Drive and Hyperlight Drifter composer, Disasterpiece. 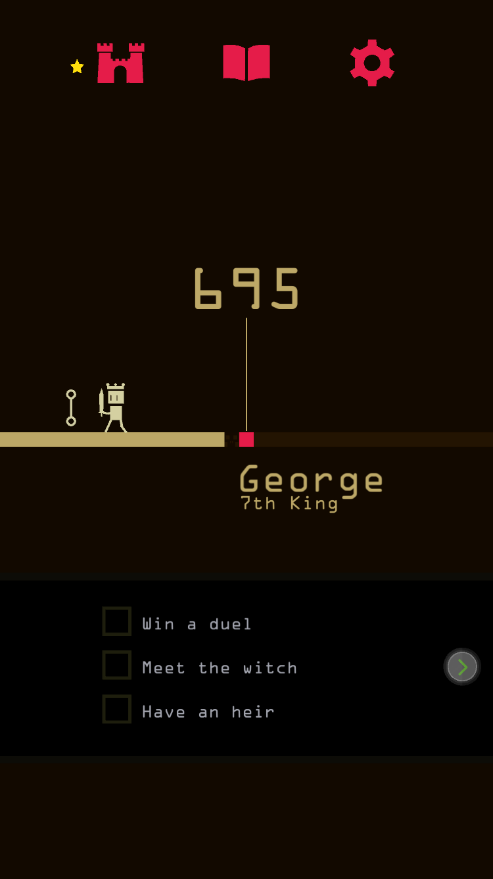 You may think that having the making yes or no decisions would quickly wear thin, fortunately, Reigns is fantastically imaginative. In one generation, you may find yourself marrying a princess, building a church, that causes the military to lose trust in you until you are forced to deal with werewolves that are attacking the people and a doctor that is raising the dead, eventually you may end up eating a strange mushroom that turns everyone into a bunny rabbit leading you to bankrupt your country which gets you chased out and murdered by the economic upper class. You might even make a deal with the devil. A significant portion of the game is described entirely through text and as you play, you’ll slowly develop an image of your Kingdom and its surrounding lands. 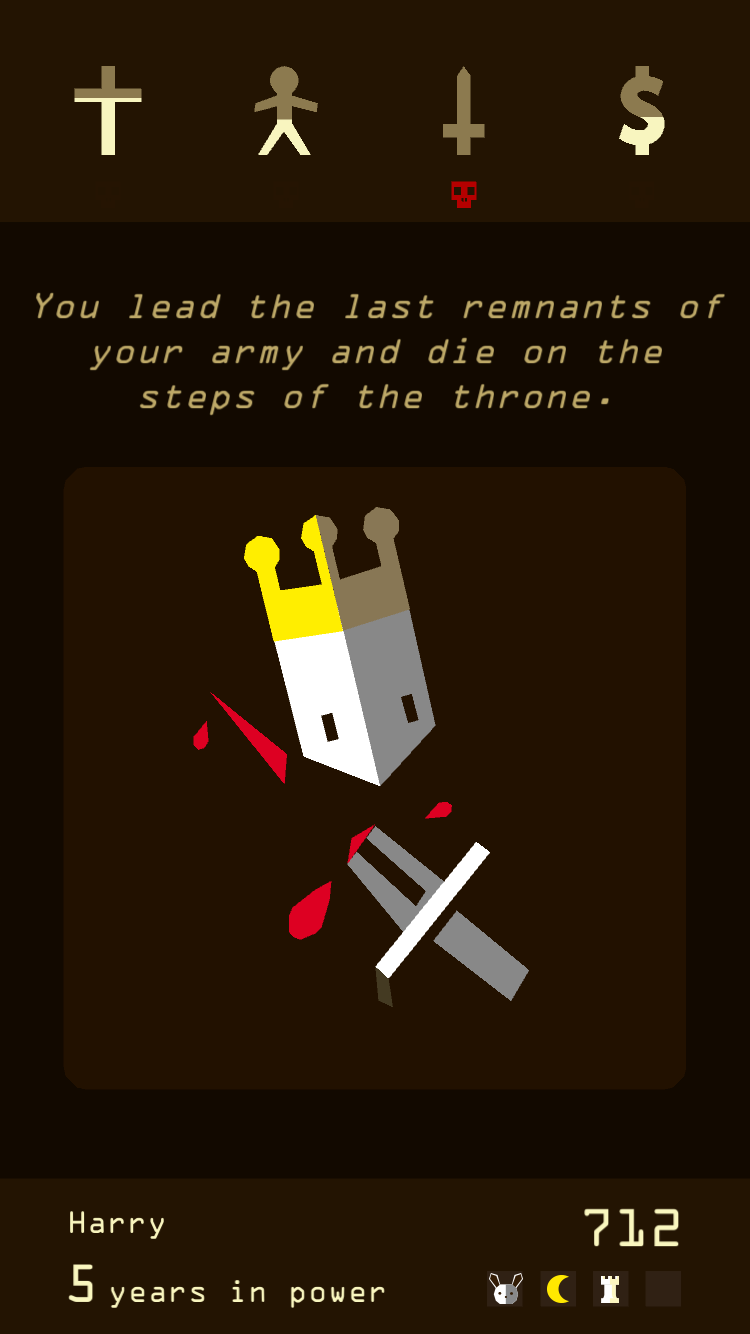 My one major criticism is that instruction can be overly vague at times, there is a story connecting everything, but it can be difficult to advance. Essentially Reigns is a puzzle game where you slowly learn ways to stay alive longer. Living for as long as possible will be the ultimate goal for most players but for those who wish to discover the game’s true ending, I wish you luck. With a $3.00 price tag on iOS and Steam, Reigns is an easy recommendation for anyone looking for something a little different. It’s an addicting and fast paced game that shouldn’t be overlooked.