If you don’t know Donny Cates by name, you’ve probably heard of his Image series, God Country. Last week the first issue went into its fourth print since...
by Rachel Bellwoar April 26, 2017 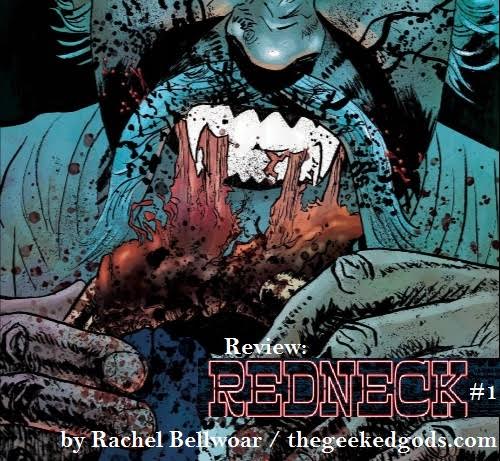 If you don’t know Donny Cates by name, you’ve probably heard of his Image series, God Country. Last week the first issue went into its fourth print since going on sale in January. Cates’ latest Image comic, Redneck, is about a family of Southern vampires living in Sulphur Springs, Texas. 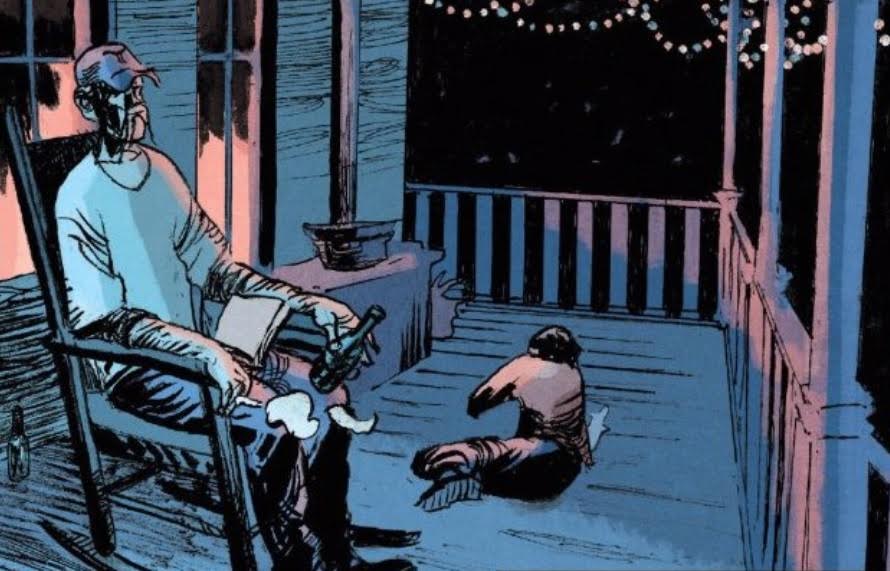 Fangs are for opening bottles at the Bowman residence and when Uncle Bartlett says he “ain’t never done nothing,” he’s not attempting to be humble. The mighty vampire has grown up, and instead of living an action movie the Bowmans are looking to survive. Many TV shows have featured vampires who go cold turkey on sucking blood, but without changing the threat they pose to humans. Here, however, something has happened to make the Bowmans fear inciting humans. They’re no longer predators, and when their antagonist appears towards the end of the issue, the number of panels per page decreases, leaving nothing to distract readers from his intimidating image.

In many ways, Redneck #1 takes the spectacular out of being a vampire. Flashbacks hopefully are coming soon, given how juicy Uncle Bartlett’s participation in the Alamo sounds, but issue one doesn’t detour from the present. There’s beer, a concoction called Bloodweiser that has more of a kick to it than True Blood’s Tru Blood (apparently, Redneck‘s vampires can get drunk). There are no vampires passing as teenagers. Bartlett tries to use the “They’re teenagers!” excuse for his nephews, only to have his brother, JV, remind him “Seamus and Greg are sixty years old!” It’s a double jab at the tired excuse and high school vampire romances. 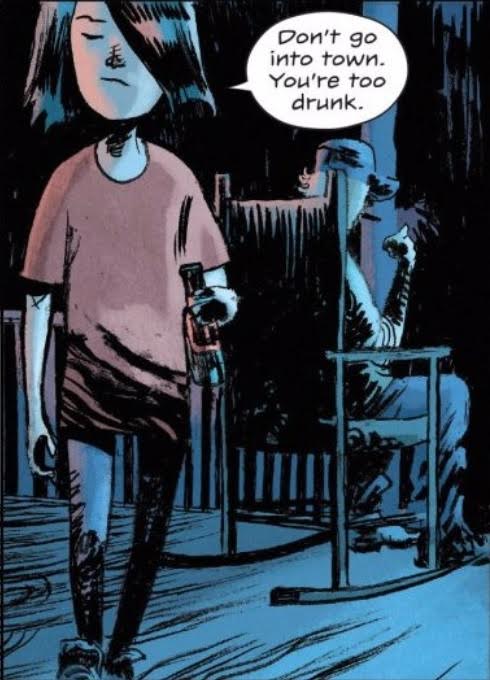 The beginning of the issue tries to pull off a twist using misleading lettering. Boxed italics typically denote narration, but when Bartlett’s niece, Perry, asks him a question, he must be speaking aloud. This is when we find out Perry can read minds (a power she shares with her Granpa but not all vampires). For an interior monologue, Bartlett’s language was very conversational, and maybe too deliberately served the reveal of Perry’s ability.

Lisandro Estherren’s art, on the other hand, is entirely natural. Characters feel lived-in and a part of their surroundings. Perry has the appearance of an otherworldly Violet from The Incredibles, but the rest of the Bowmans don’t appear supernatural at all. Supernatural, thanks to pop culture, means none of the Bowmans look like models. Bartlett looks inconspicuous sitting in a rocking chair on the front porch, with his Fu Manchu mustache, and his loose t-shirt and a baseball cap. 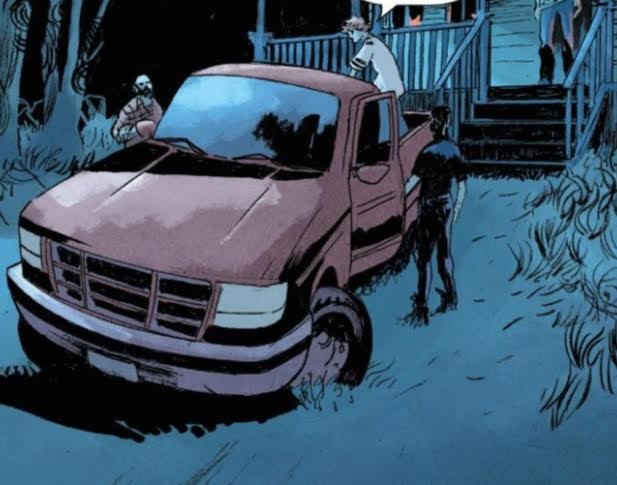 It’s when Bartlett’s nephews go into town that they draw attention to themselves. Colorist, Dee Cunniffe, uses reds, blues, and purples almost exclusively, with an increase in red as they grow further away from the blue woods at night. Red is the color of the sun that burns them, and it’s not a coincidence that the truck they drive is red. Not enough changes in Joe Sabino’s lettering to put force behind JV’s commands. With more apologies than we’ve come to expect from vampires, his sons refuse to stay home and walk right into danger. Whatever longstanding feud they’re awakening, the conflict the Bowmans feared will come when Redneck returns.