REDLANDS #1 is Seriously Spooky and Dark

This isn't a comic that just wants to scare you. It's more vicious than that. 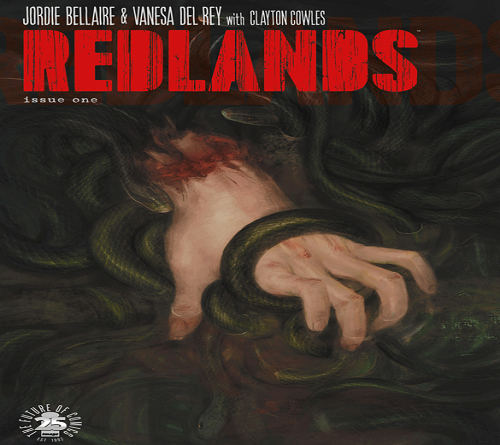 For a horror freak like me, the end of July can only mean one thing: we’re that much closer to Fall. As August begins to creep in, a cooler, foreboding breeze can often be felt just before dusk as well, reminding us that the Witching Season is almost upon us. With this in mind, Redlands, a new horror series by Jordie Bellaire and Vanesa R. Del Rey, is about to debut at the perfect time.

Redlands puts the reader right at the forefront of a confrontation between the police in a darkened Southern town and something very sinister. In a struggle to control their own town, it appears as if the entire situation is about to burst into violence; it doesn’t take very long until a mysterious occult enemy ignites the conflict and drags the town into the flames of Hell. The issue starts out scary enough and continues to snowball throughout the panels; by the end, you’re prone to break a sweat.

Something that I really enjoyed about this issue is that it is more or less self-contained. All-too-often a debut will come along and tell you nothing, setting up a grander story that can only be sorted out by future installments. Though there is clearly a bigger picture to be painted in Redlands, its first outing gives enough detail so that one could easily mistake it for a one shot along the lines of a lengthier, grittier Tales From the Crypt. Redlands drops you right into the heart of the conflict and gives you enough information so that you can enjoy the horror of it all without wondering what’s actually going on the entire time. Sometimes, simplicity is better.

But this is not to say that I’m content with just one issue. In fact, if the first issue is this good then I can only imagine how the rest of this gloomy, haunting story will play out. This is one of those rare comics where after finishing the last page, the only thing that seems reasonable to do is to start over and re-read it.

Del Rey’s art is brooding and somehow bitter; this isn’t a comic that just wants to scare you. It’s more vicious than that. Redlands feels full of rage and frustration, a horror story coming out of necessity rather than an urge to tell a scary story. There doesn’t seem to be a shred of humor in these pages, and if there is, it’s the kind of spiteful, resentful humor that only the truly wounded can express. The tension mounts high enough to the point where after a decapitation, the issue breathes out in relief like it just got something heavy off its chest – right before snapping back at you with even more precision than before. 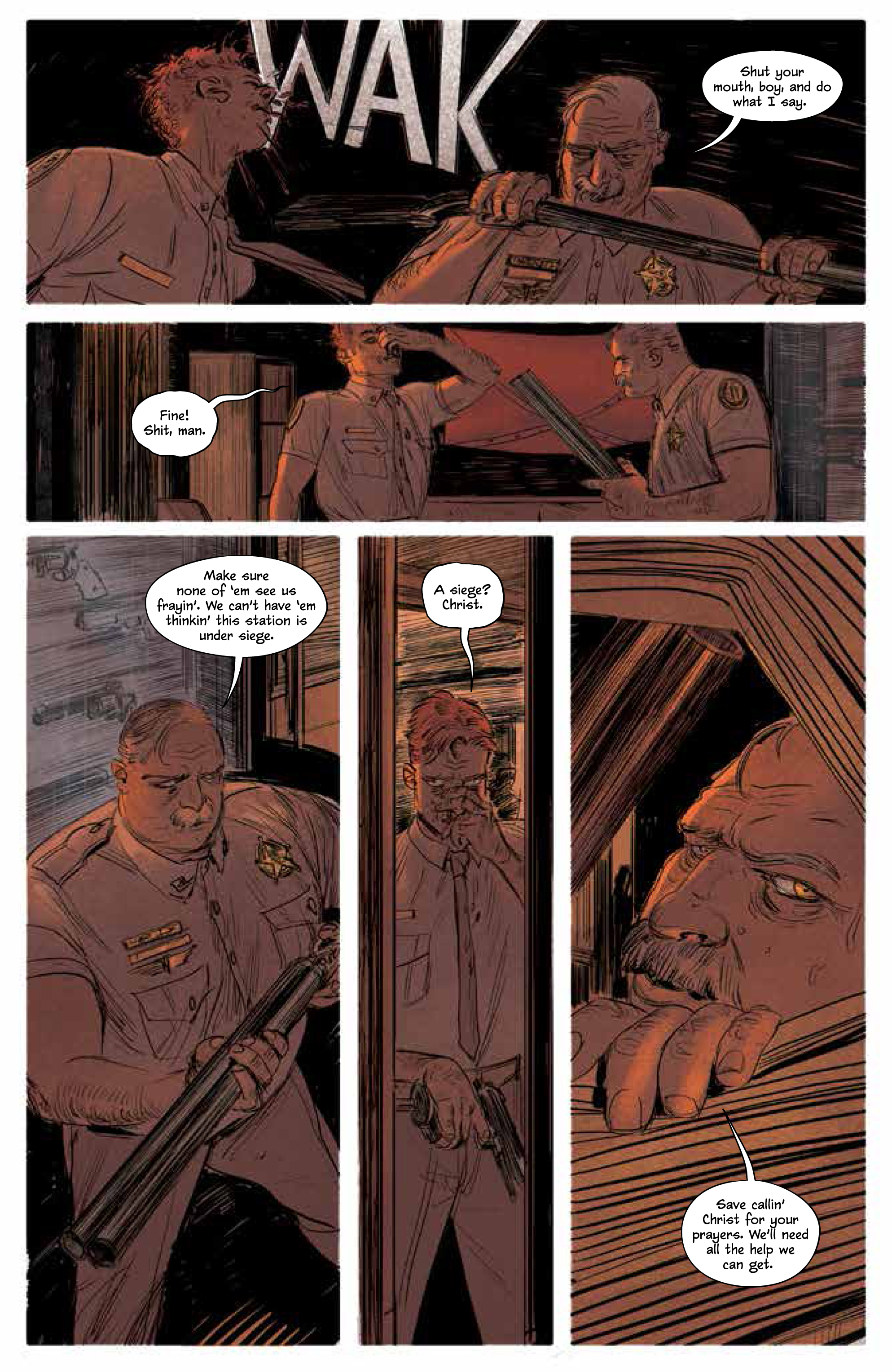 It’s scary, that’s for sure. It’s faced-paced and sharp. It’s got blood, darkness, and some serious bite; the occult influence is the icing on the bloodied cake. I can’t wait to see what else this series has in store for us, and I hope it doesn’t relent until the final panel, exhausted from bloodlust and terror. 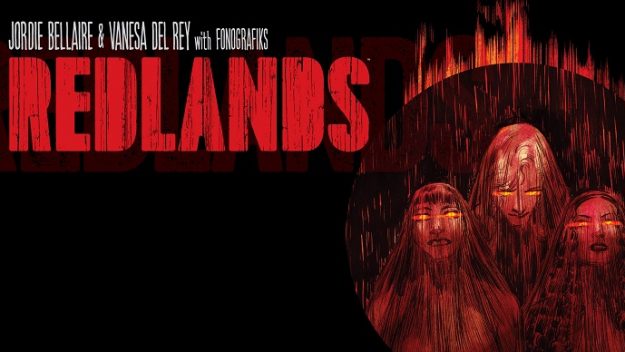 Redlands hits the shelves on August 9th. Call your local distributor and demand that they stock this phenomenal slice of horror immediately.